Why One County Might Give $1,000 a Month to Youth Aging out of Foster Care 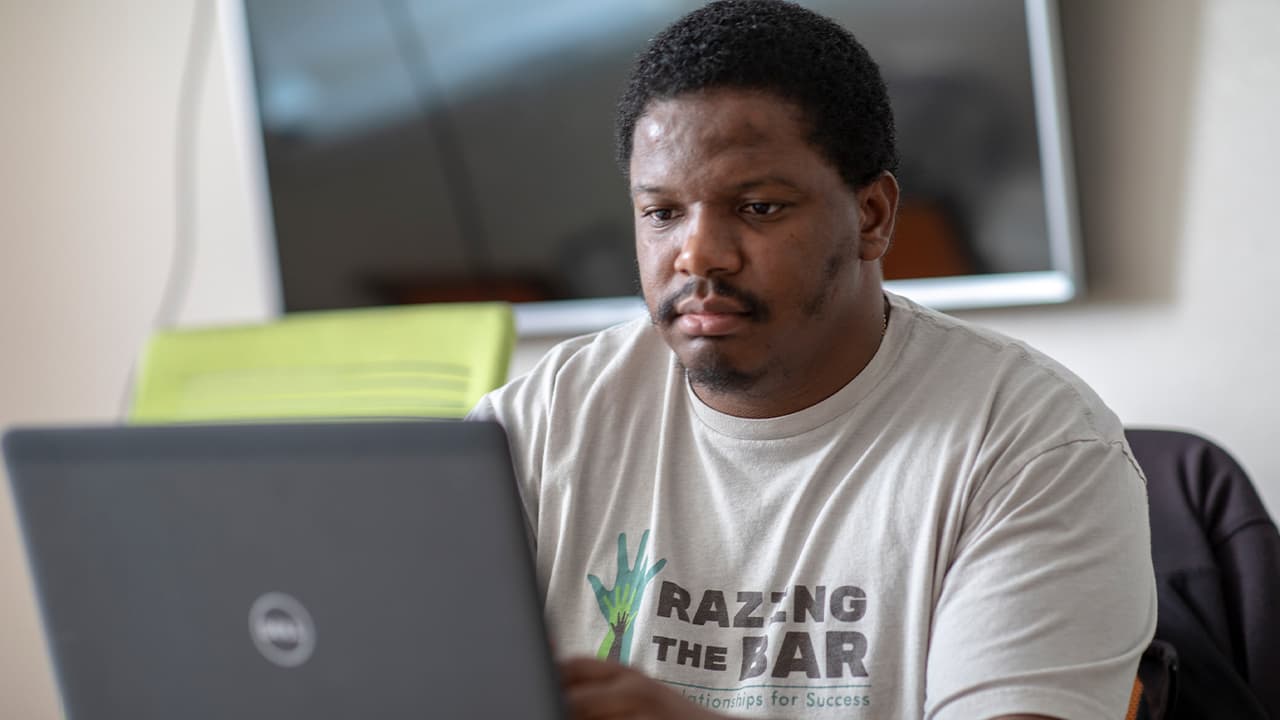 When Dontae Lartigue left foster care right before his 19th birthday in 2009, finding housing in Santa Clara County was one of his biggest obstacles. He struggled to find places he could afford on his $12 an hour wages at Walmart, and with a limited income and no rental history, landlords were often wary of returning his calls. So Lartigue, who is now 29, ended up couch surfing or sleeping in his car.
“Right now when a foster youth like me emancipates, I don’t have credit, I don’t have enough income, and I don’t have rental history,” he says. “So most of the time I’ve already got my back against the wall.” Santa Clara County is considering a new pilot program that could make the transition for people like Lartigue easier: giving young people aging out of foster care a universal basic income.
The idea — proposed by Santa County County Supervisor Dave Cortese — is still in the exploratory stages, but if approved, it would be the first universal basic income program in the nation to focus on foster youth. It likely will be brought before a board committee in March and then taken to the Board of Supervisors.
The age range and monthly income for participants are not finalized, but county staff say $1,000 per month could be an appropriate amount. The pilot program could last between one and two years. County officials are exploring which age group to target: All youths 18 to 21 who are in or eligible for extended foster care, or all youths 21 to 24 who have aged out of the foster system.
County officials say the program could cost nearly $700,000 a year if $1,000 was provided monthly to the roughly 58 youth transitioning out of foster care. Another 195 youths are in extended foster care, according to county estimates.

To help with funding, Cortese says the county is exploring partnerships with philanthropic organizations.


“It should be in everyone’s interest that these kids succeed. Not just the county government.” — Santa County County Supervisor Dave Cortese
“It should be in everyone’s interest that these kids succeed,” he says. “Not just the county government.”
If approved, the program would join experiments in the Bay Area and other communities that are testing whether providing low-income residents with a baseline wage with few strings attached can improve their lives.
Projects are already underway in Stockton, which began $500-a-month trial for 125 residents in February 2019, and Jackson, Mississippi, which distributed $1,000 per month to a group of low-income African-American mothers. Democratic presidential candidate Andrew Yang has proposed giving every U.S. citizen over the age of 18 $1,000 a month.
The Santa Clara County proposal would provide funds to youth who have exited the state’s foster care system or will age out and lose access to social services when they turn 21. Cortese says the foster youth population is the “perfect incubator” for an experiment.
“We have nowhere to go but up,” he says. “Because this population is with us now and they’re not doing well. And I think this will give us an opportunity to see to learn how they can do better without controlling their lives.”

Statewide, more than 59,000 youths are in foster care. Former foster youth often struggle to find stability, affordable housing and jobs as they transition into early adulthood. A study from the Chapin Hall at the University of Chicago, found that by the age of 24, just half of former foster youth were employed and nearly 30% had experienced homelessness.
“These children really belong to all of us,” says Santa Clara County Supervisor Cindy Chavez. “Foster youth are children that, for lack of a better word, don’t have families and so for all intent the county becomes that family. It’s really our primary responsibility to make sure that these kids do succeed.”


“These children really belong to all of us. Foster youth are children that, for lack of a better word, don’t have families and so for all intent the county becomes that family. It’s really our primary responsibility to make sure that these kids do succeed.” — Santa Clara County Supervisor Cindy Chavez
Advocates and experts, as well as former foster kids, say resources often taper off at key periods of transition, such as graduating high school, looking for work and venturing into the housing market for the first time.
Sparky Harlan, CEO of the nonprofit Bill Wilson Center, which provides services to homeless youth and families in Santa Clara County, said the additional cash offered by a universal basic income program could help former foster youth who are at-risk of becoming homeless secure housing.
“As long as you have housing, you can get other things to keep you from becoming homeless,” she says.
For Lartigue — who ended up getting on his feet, graduating from San Jose State and co-founding Razing the Bar, a nonprofit for foster youth in Santa Clara County — the extra support could have helped alleviate the turbulence of the post-foster care years.
“A lot of these kids are exhausted by life and don’t have the support they need,” he says. “At the end of the day, this could I think improve the quality of life for these young people.”
About the Author
Erica Hellerstein is a journalist with the (San Jose) Mercury News. This article is part of The California Divide, a collaboration among newsrooms examining income inequity and economic survival in California.