LOS ANGELES — Joe Biden and Pete Buttigieg chased California votes on Friday in dueling events, looking to sway Democrats in the state that delivers the largest haul of delegates in the presidential contest.

Pete Buttigieg has said he will invest $430 billion to make affordable housing available for over 7 million families while aiming to end homelessness for families with children.

Appearing at a short-term housing complex for the homeless, Buttigieg promised a new era of help for people living on the streets, while Biden sought to upstage the former South Bend, Indiana, mayor with a formal endorsement from Los Angeles Mayor Eric Garcetti attended by firefighters. The endorsement was initially announced Thursday.

Garcetti called Biden a longtime friend, “the right leader at the right moment.” Garcetti was an early supporter of President Barack Obama, in whose administration Biden served as vice president for eight years.

Buttigieg’s stop highlighted the homeless crisis in Los Angeles, where tent cities line downtown streets and freeway underpasses are frequently filled with makeshift communities of people with nowhere else to go. He listened intently to stories from residents of the so-called bridge home who described their journey from the streets to the shelter, where they are linked with health services, receive assistance restoring their lives and, hopefully, locate permanent housing. Residents can stay up to nine months.

Jessica Kelly, who said she once had a career in pharmaceutical sales, described how her life unraveled after a string of back surgeries led to opioid misuse and, eventually, a heroin addition. After several years without a home, finding a bed at the shelter has been “a blessing for me,” she told Buttigieg.

Buttigieg has said he will invest $430 billion to make affordable housing available for over 7 million families while aiming to end homelessness for families with children. 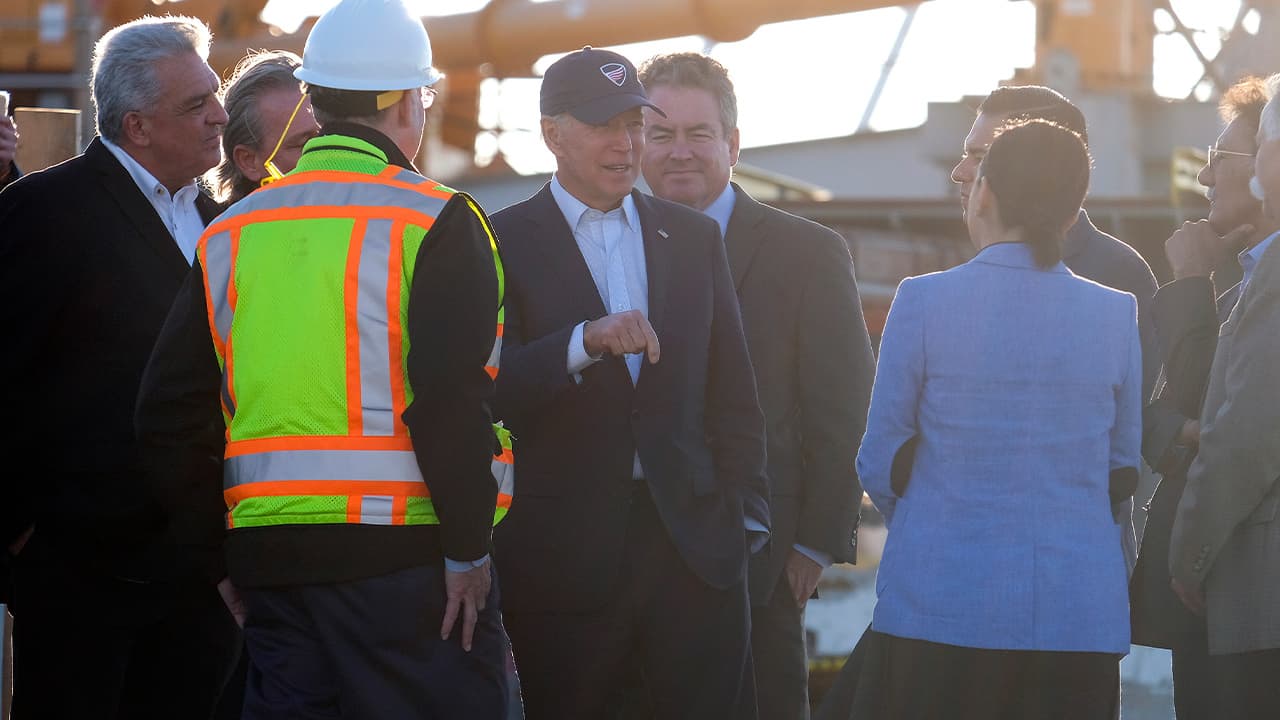 The mayor stressed that homeless was a problem that cuts across communities “of every size, in every climate.” He has faced criticism in his hometown for being too slow to act, but his campaign said homelessness was cut by 25% during his tenure.

A small but noisy group of Black Lives Matter protesters shadowed his visit, chanting on a sidewalk outside the shelter that Buttigieg was a “fake” and “anti-black.” A planned outdoor discussion with residents was moved indoors, though the din of the protesters could still be faintly heard in the room.

Buttigieg told reporters afterward, “It is important to me that I have the support that I do from black residents of South Bend. I know that support is not 100%, and I respect those political differences.”

Candidates are competing for over 400 delegates in California’s March 3 primary, though mail-in ballots will be going out a month earlier, at the time the Iowa caucuses kick off the presidential election.

Vermont Sen. Bernie Sanders has a massive volunteer organizing effort underway in California, while billionaire Michael Bloomberg has been spending tens of millions on TV advertising across the heavily Democratic state. With Garcetti’s endorsement, Biden is strengthening his position as the favorite within the Democratic establishment.

President Donald Trump, who lost California by over 4 million votes in 2016, has called the homelessness crisis in Los Angeles, San Francisco and other big cities disgraceful and faulted the “liberal establishment” for the problem.