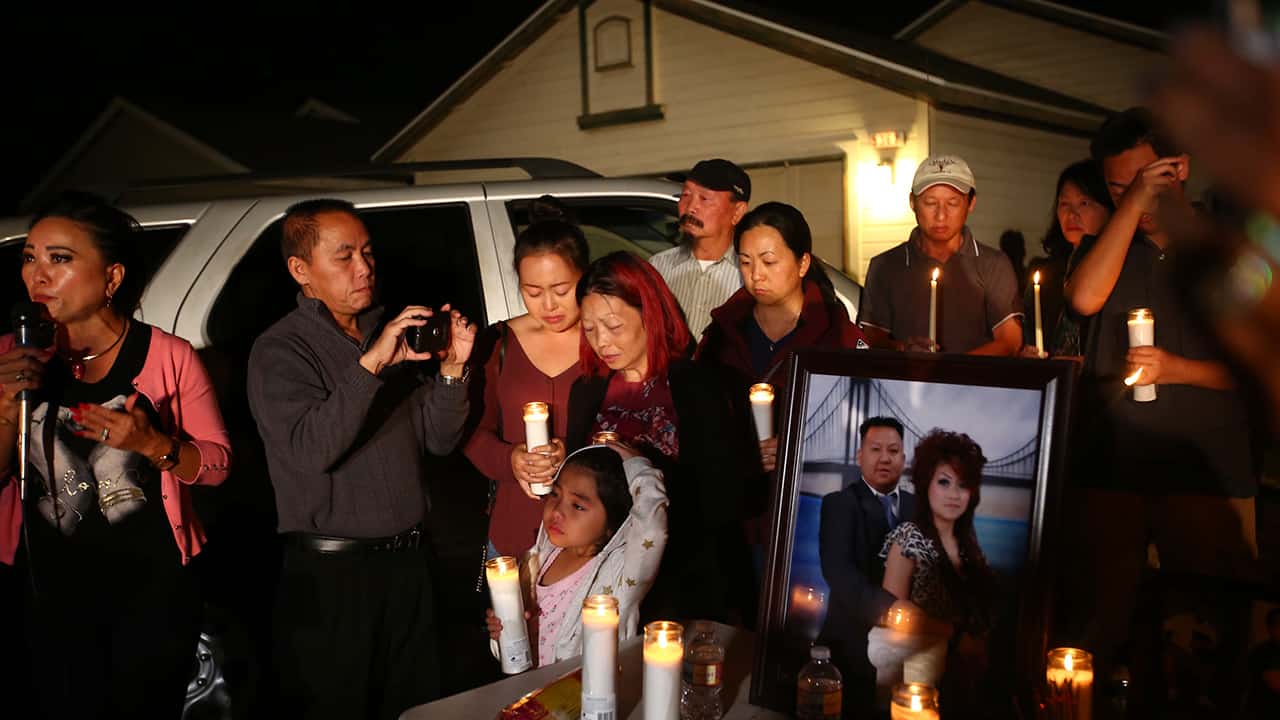 Four suspects in the Nov. 17 shooting deaths of four Hmong men in Fresno could face death penalty charges, Fresno County District Attorney Lisa Smittcamp announced Thursday afternoon.
Three other suspects will also be charged in federal court.
Anthony Montes (27 of Fresno), Porge Ku (26 of Fresno), Billy Xiong (25 of Fresno) and Ger Lee (27 of Fresno) each face four counts of murder, 12 counts of attempted murder, and one count of conspiracy to commit murder. They also face two special circumstances — committing multiple murders, and committing murder for the benefit of a criminal street gang — that elevate the charges to a capital murder case.
Lee, the seventh announced suspect, is in a Minnesota jail pending an extradition hearing according to a news release from Smittcamp’s office. He was arrested by U.S. Marshals.
They also face criminal gang and gun charges.

The four men will be tried in Fresno Superior Court. Their arraignment is scheduled for Friday, 8:30 a.m. in Department 31 at the criminal courthouse.
Billy Xiong appeared in court today, per media reports, for his Dec. 17 arrest in Clovis on mail and identity theft.
“The District Attorney’s Office is currently conducting a necessary investigation, and will make a determination and announcement regarding the death penalty at a later date,” the news release said.

Pao Choua Vang (31 of Fresno), Jhovanny Delgado (19 of Fresno), and Johnny Xiong (25 of Fresno) face federal conspiracy charges.
“According to the criminal complaint, on November 17, 2019, members and associates of the Mongolian Boys Society conspired to commit murder. At a meeting, the defendants and others selected a target residence, chose shooters, provided them with guns, and drove to the target location. Vang, Delgado, and Xiong attended the meeting outlining the planned retaliation and understood that the objective was to murder individuals at the designated target residence. They were designated as lookouts and positioned themselves on street corners near the target residence to report the presence of law enforcement,” the news release said.
Vang, Delgado, and Johnny Xiong face up to 10 years in prison and fines of up to $250,000. At a news conference on Tuesday, Fresno Police Chief Andrew Hall said the Nov. 17 homicides were a gang retaliatory hit for a killing earlier that morning.
In the early hours of Nov. 17, a brother of a Mongolian Boys Society member — Randy Xiong — was killed at home on 3904 E. Dwight Ave
At 7:48 p.m., two gunmen stormed a backyard Sunday night football watching party at 5361 E. Lamona Ave., firing two pistols. Of the 16 men present, 10 were struck. Four died. Many more partygoers, mostly women and children, were inside and not injured.
Even though none of the dead was involved with gangs, a one-time associate of the rival Asian Crips gang was believed to be at the party. Hall would not say if he was one of the victims, either wounded or killed. However, he did say he was not an active gang member.
The four men who died in the mass shooting were 23-year-old Xy Lee, an internationally known Hmong singer; 31-year-old Phia Vang, 38-year-old Kou Xiong, and 40-year-old Kalaxang Thao. All of the men were from Fresno. Six others were wounded but have since been released from the hospital.