Fresno Rewind 2019: The Year in Pictures 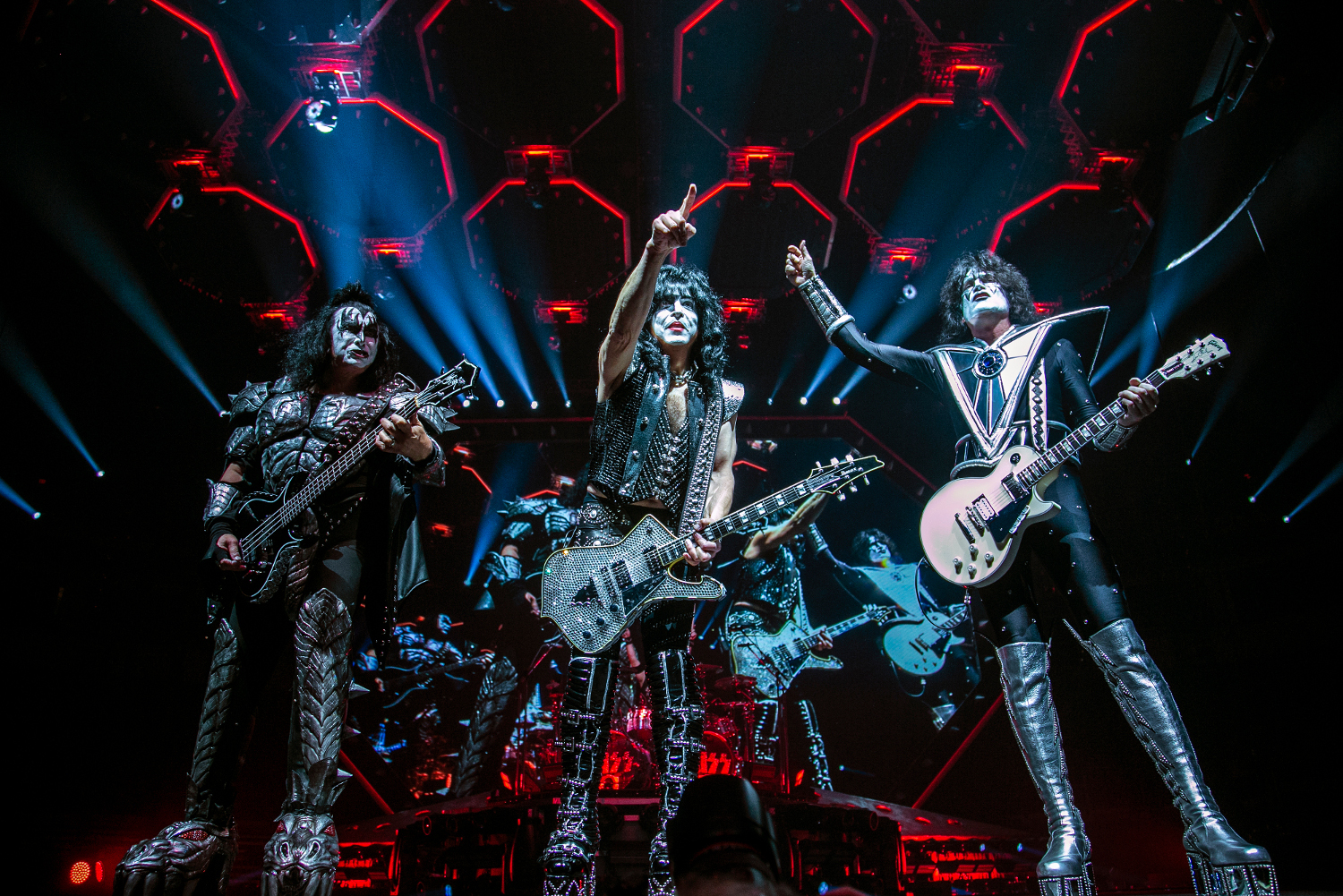 Fresno in 2019 was filled with highs and lows. Here are some of the memorable news images from throughout the year and the stories behind them. 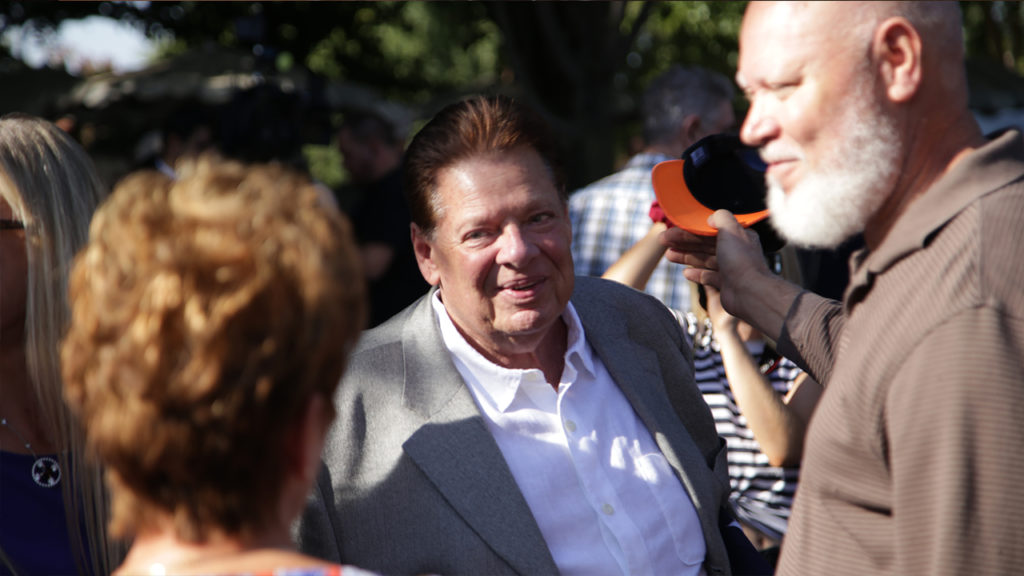 Fresno area businessman and philanthropist David McDonald died in January at the age of 69. McDonald built Pelco, which made security cameras, into a manufacturing powerhouse after moving it from southern California to Fresno in the early 1980s. He and his partners sold the company to a French firm, Schneider Electric, for about $1.5 billion in 2007. His civic contributions included leading the successful effort to pass a sales tax increase to support the Fresno Chaffee Zoo, the creation of the California 9/11 Memorial on the Pelco campus, and a $2 million contribution to build the Miss Winkles Pet Adoption Center in Clovis. Fresno fans wanted the best, and KISS gave it to them. The legendary rock band rocked Save Mart Center as part of their “final” tour in a February show featuring lasers, fireworks, flaming guitars. KISS bookended a blazing, 20-song set with their two most famous songs, opening with “Detroit Rock City” and closing with “Rock and Roll All Nite.”  The two-hour show was pure KISS: loud and powerful.

March: Locals Among California’s Women of the Year 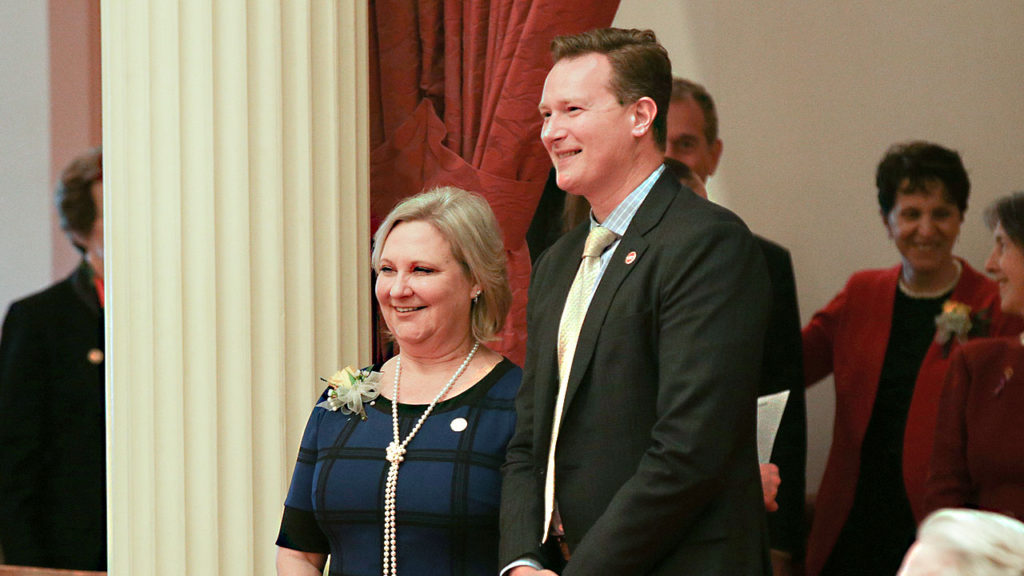 A select group of area women was honored by the state Legislature in March for their contributions to the local community. Among those named was healthcare advocate Davena Witcher, Executive Director of Fresno-based AMOR – Alliance for Medical Outreach and Relief. Witcher was named Woman of the Year by state Sen. Andreas Borgeas (R-Fresno) for her efforts, which include the development of a health resource center for underserved residents of Mendota. The west Fresno County community is among the state’s most impoverished areas. 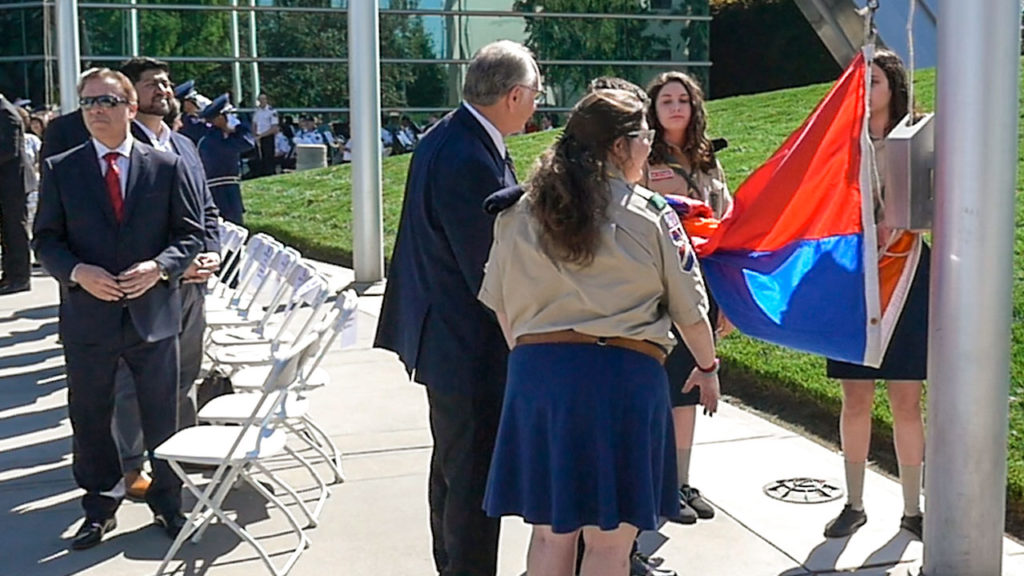 Fresno community leaders gathered at City Hall to raise the Armenian flag and commemorate the genocide of 1.5 million Armenians by the Ottoman Turks from 1915 through 1918. While California and 48 other states officially recognize the genocide, the U.S. government does not. In December, however, both houses of Congress took the historic step of approving a resolution affirming the Armenian genocide occurred and acknowledging Turkey’s responsibility for the atrocity. 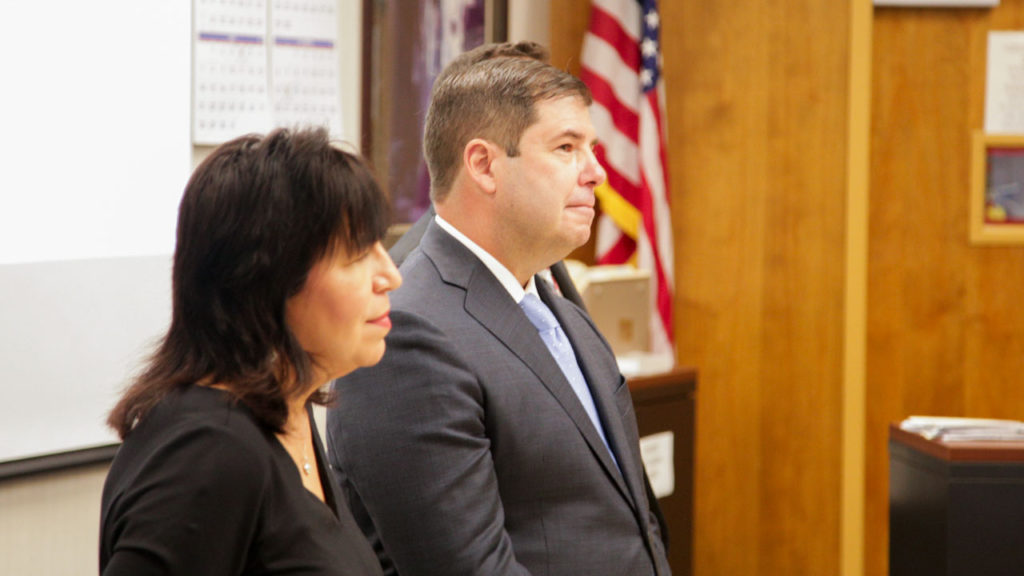 Fresno Assemblyman Joaquin Arambula (D) was acquitted of child abuse charges in May after being accused of injuring his young daughter while disciplining her.  Arambula and his daughter both testified during the trial. Assistant District Attorney Steve Wright said the case was aimed at holding Arambula accountable. Defense attorney Margarita Martinez-Baly said the charges were politically motivated. 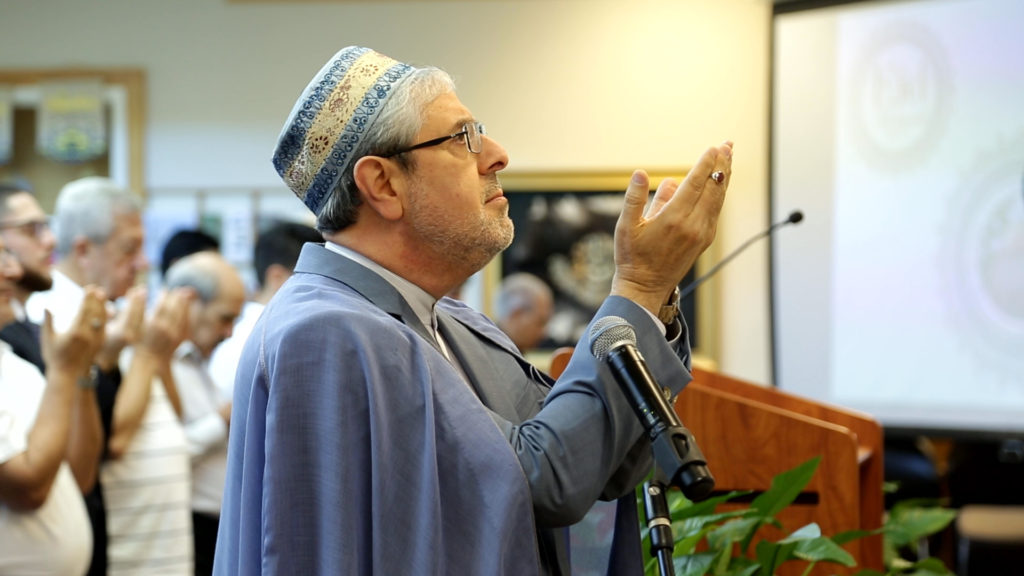 The end of the annual Ramadan fast was celebrated in early June at the Islamic Cultural Center of Fresno with prayers, food, and gifts to the underserved. During the event, Imam Seyed Ali Ghazvini led worshippers in an appeal for peace. “Our message is to be an agent of peace. Promote peace in your acts and your words,” he said. The Eid al-Fitr feast marks the end of dawn-to-dusk fasting required of able-bodied Muslims during the holy month of Ramadan, one of the five pillars of Islam. 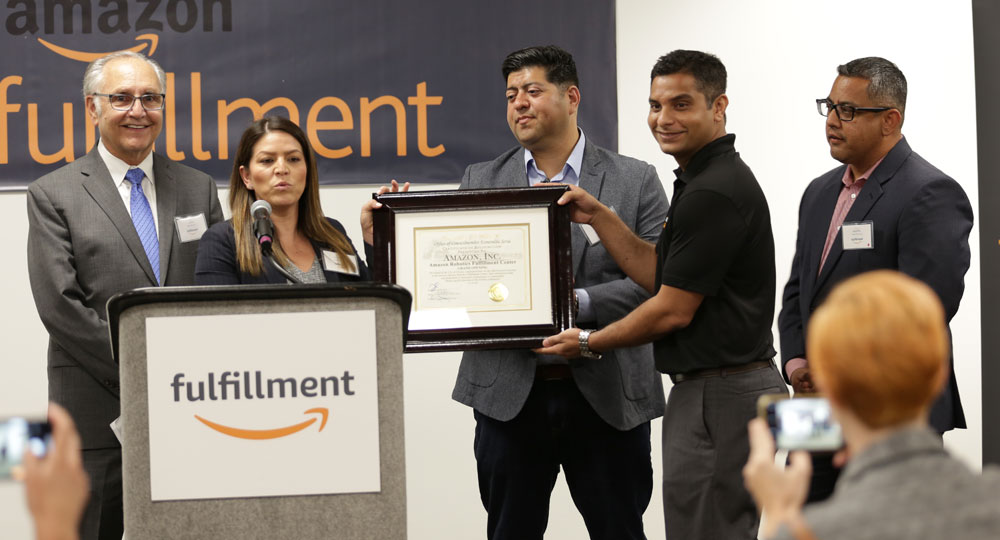 The grand opening ceremony for Amazon’s Fresno fulfillment center was held in June, a full year after the 850,000-square-foot, $200 million facility opened its doors. But that didn’t dampen the enthusiasm of local leaders, who praised the online giant for bringing much-needed jobs to the area. Amazon employs up to 3,000 workers during the busy holiday season, and has helped reduce Fresno’s unemployment rate to as low as 4.8% — “the lowest in the city of Fresno’s history,” Mayor Lee Brand said. 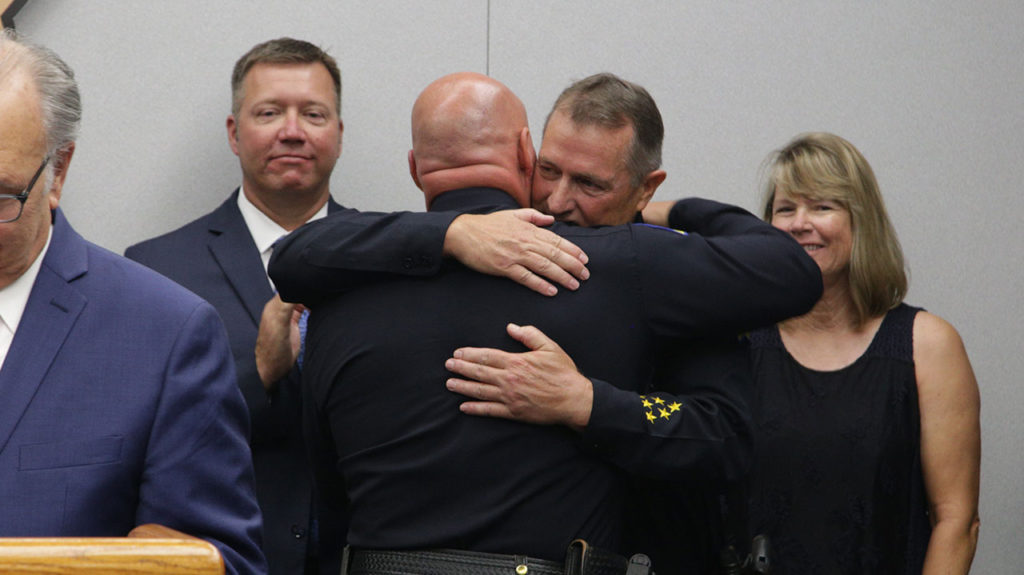 Following a 5-month national search, Fresno Mayor Lee Brand stayed local with his pick for a successor to Police Chief Jerry Dyer, who held the position for 18 years. Brand named Deputy Chief Andy Hall to lead the department following Dyer’s departure — even though Hall had not applied for the job. Hall is a 40-year veteran of the Fresno Police Department and is expected to hold the position only until his scheduled retirement in the spring of 2021. Critics said Hall’s selection devalued an extensive community input process aimed at identifying the desired qualities and experiences of the city’s next Chief of Police. 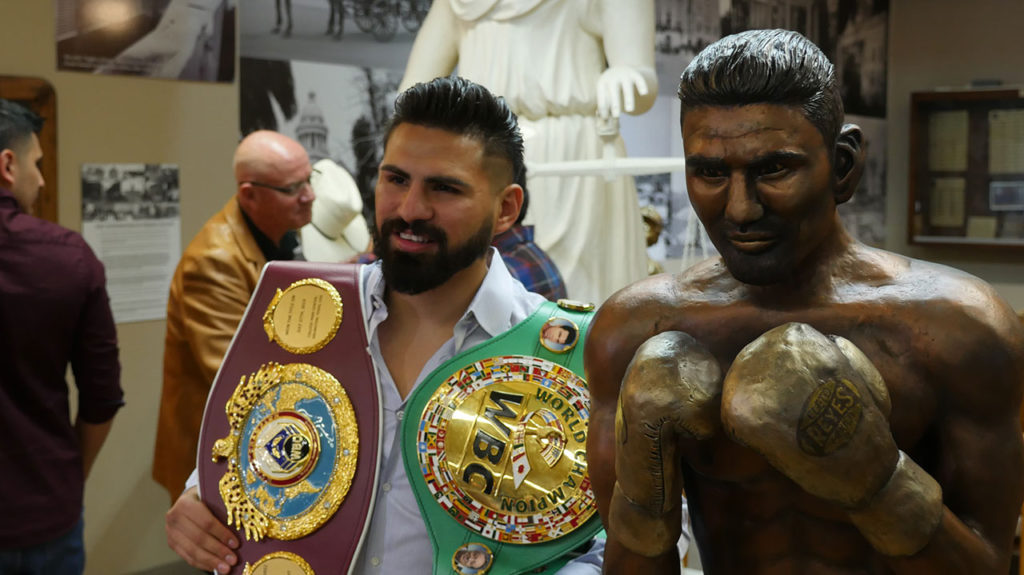 Fresno County showed its love for boxer Jose Ramirez as a statue of the WBO/WBC super lightweight world champion was was unveiled in September at the Fresno County Historical Museum inside the Big Fresno Fair. Ramirez was a boxer on the U.S. Olympic team in 2012 before turning pro. The statue punctuates the museum’s boxing exhibit, which honors the history of local pugilists. Fresno artist Debbie Stevenson spent a year’s worth of weekends sculpting the life-sized statue. One of Ramirez’ WBC championship belts is also on display. 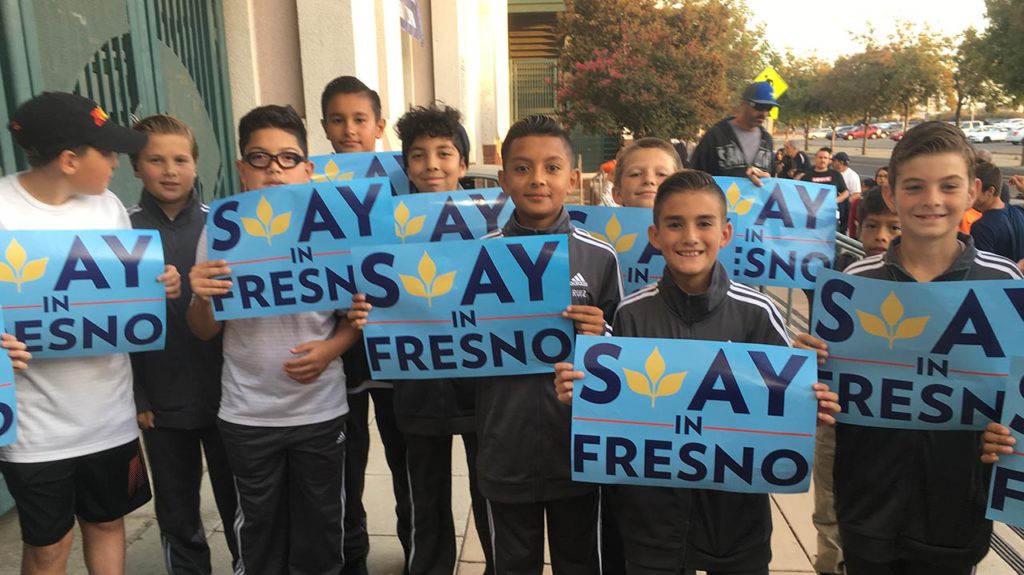 Fresno professional soccer team Fresno FC, nicknamed the Foxes (and alternately Los Zoros), folded following its second season. The team was unable to strike a deal to build a soccer-specific stadium in Fresno, as preferred under the rules of the United Soccer League — American pro soccer’s top minor league. Chukchansi Park played host to the Foxes for two years, where the team drew crowds of passionate fans to its matches. But the team’s ownership said long-term economic success was not possible without its own facility. The franchise is currently in discussions to relocate to the Monterey peninsula. 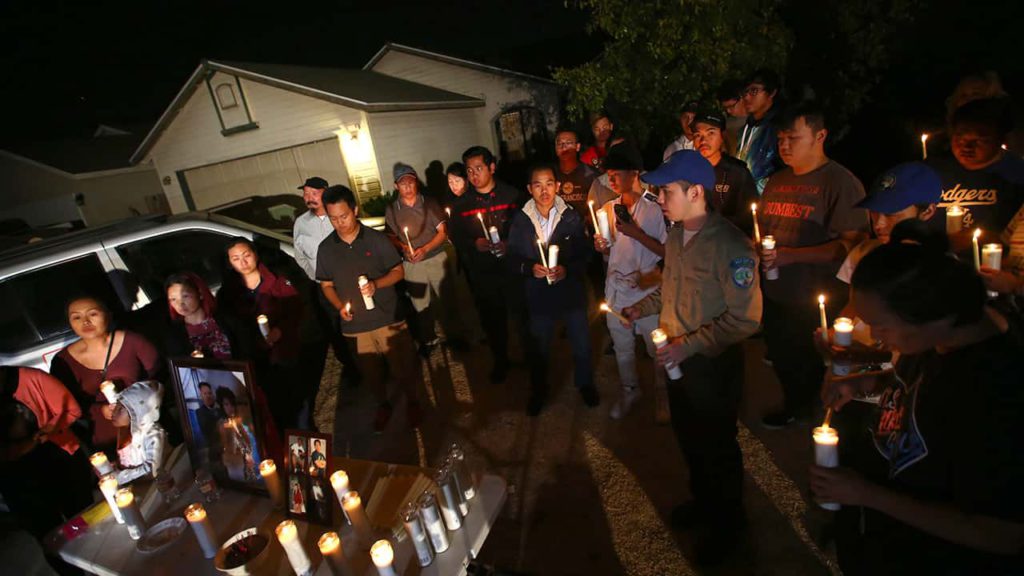 Police say two gunmen targeted a nighttime family gathering Nov. 20, entering through a side gate and opening fire. Four of the ten men hit by gunfire were killed. The assailants then fled. Rewards totaling $56,000 have been offered for information leading to the arrest of the gunmen. In addition, Fresno Mayor Lee Brand said that more than $100,000 was raised by local leaders and community groups to help cover funeral and other expenses for the victims and their families. Fresno police arrested six suspects in the slayings the evening of Dec. 30. 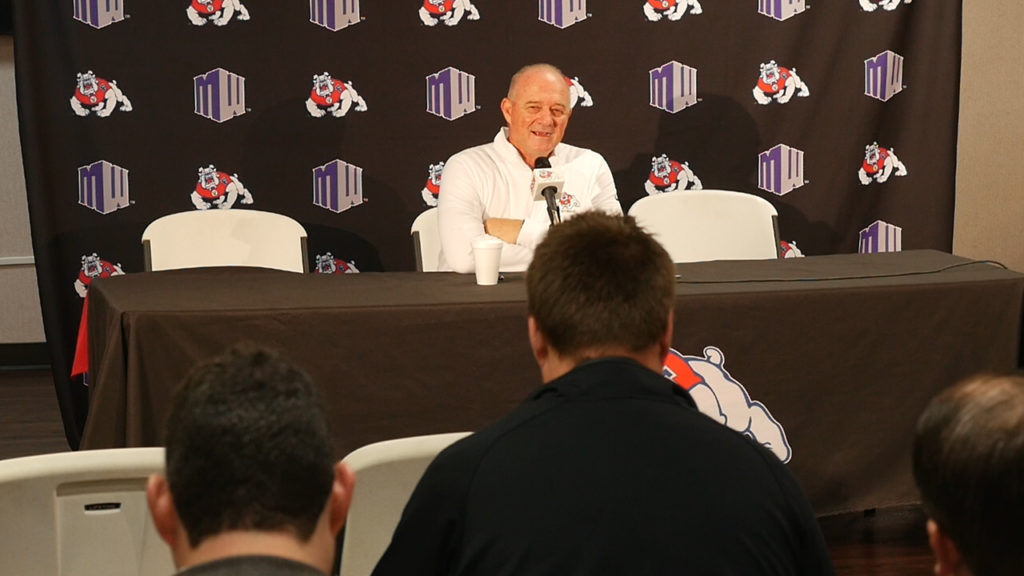 The Bulldog head coach, who breathed new life into Fresno State’s down-on-its luck football program, resigned in December for medical reasons. Tedford said symptoms of a heart condition had flared up. “While I appreciate football, the stresses and anxieties of this job do not match up well with my cardiac issues,” he said. Tedford took over the Bulldogs in 2016 following a one-win season. The team went 10-4 that year and played in the Mountain West title game. Fresno State then set a school record for wins in the 2018 season with a 12-2 mark that included a conference title win over Boise State. In 2019, the team’s record dipped to 4-8. Fresno State moved quickly to fill Tedford’s role, hiring Kalen DeBoer, who was offensive coordinator under Tedford for the 2017 and 2018 seasons before being hired in the same capacity at Indiana University.