On the Money: Tips to Make the Best of Post-Holiday Shopping 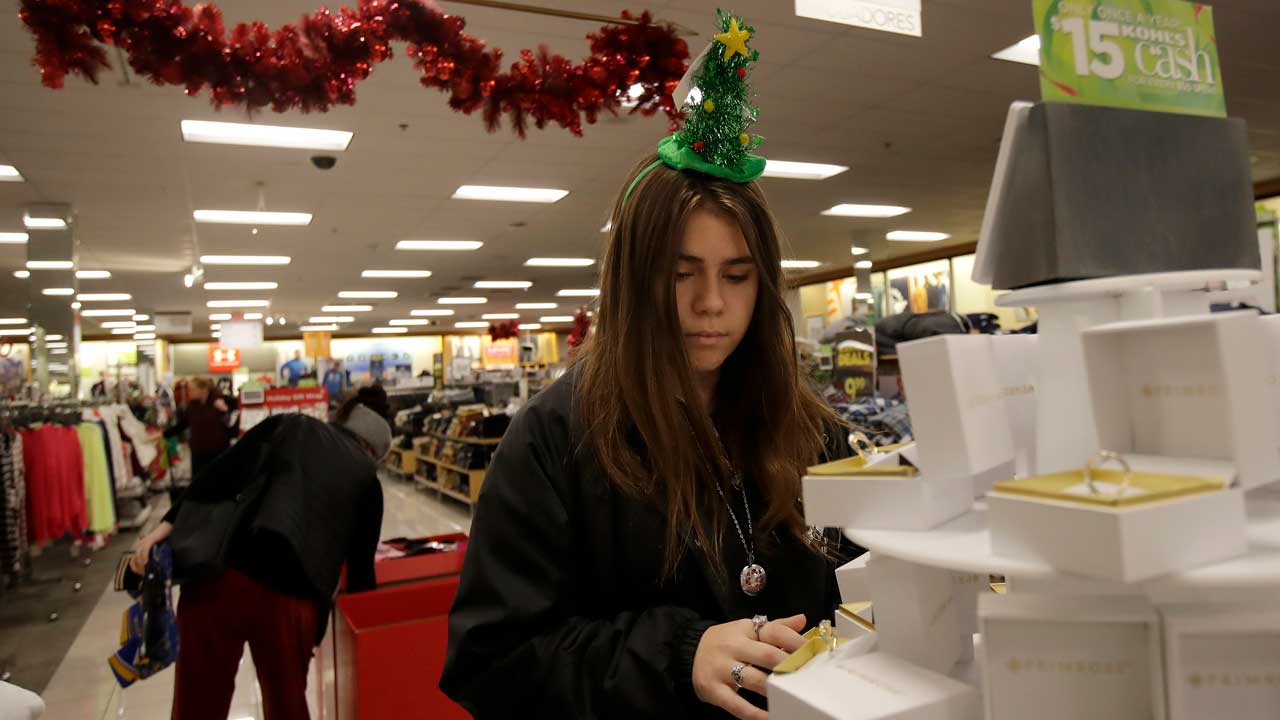 NEW YORK — Holiday shopping doesn’t end with Christmas.
Shoppers can take advantage of fatter discounts on clothing, home decor and other items between Christmas and well into January.


”Don’t assume that a sale is a good deal. Do price comparisons.” — Julie Ramhold, senior staff writer at DealNews.com, a deal comparison website
In fact, a National Retail Federation survey of nearly 8,000 adults conducted Nov. 27 through Dec. 5 found that 68% of holiday consumers will likely shop the week after Christmas. Nearly 50% plan to take advantage of post-holiday sales and promotions, and 27% plan to use gift cards. And more than half of shoppers say they will return or exchange any unwanted gifts or holiday items within the first month after receiving them.
But just as shoppers should scrutinize the bargains on Black Friday, they need to do the same for post-Christmas deals.
”Don’t assume that a sale is a good deal,” said Julie Ramhold, senior staff writer at DealNews.com, a deal comparison website. “Do price comparisons.”
In addition to DealNews.com, Ramhold cited such sites as Camelcamelcamel.com, an Amazon price tracker, and Honey, a browser extension that searches for coupons and cash-back offers and tracks prices on websites including Amazon.com, Target.com and Walmart.com. She says shoppers need to figure out the price history of the item and whether it’s lower than Black Friday’s deal.
Holiday shoppers also need to be aware of retailers’ more stringent return policies. Some well-known retailers like Bed, Bath & Beyond, Macy’s and Kohl’s are following a trend of implementing ever-shorter return periods. Stores that once had unlimited return policies have cut them to one year, then to 180 days, and now in some cases to 90 days or less, according to Edgar Dworsky, founder of the Boston-based consumer advocacy website Consumer World. FILE – In this Nov. 26, 2019, file photo Nick Bierman looks at televisions while shopping ahead of Black Friday at a Best Buy in Henderson, Nev. Holiday shopping doesn’t end with Christmas. Bargain hunters can take advantage of fatter discounts on clothing, home decor and other items between Christmas and well into January. (AP Photo/John Locher, File)

Here Are Tips for Post-Christmas Shopping:

SHOPPING AHEAD: The post-Christmas shopping period is a good time to stock up on items like wrapping paper, cards and home decor shoppers will need next year. For example, holiday decor is typically slashed by 50%, but those discounts deepen to 80% after Dec. 25, according to Ramhold. She recommends heading to the sales racks right after Christmas since there won’t be much selection if bargain hunters wait longer.
SHOPPING FOR CURRENT IN-SEASON GOODS: Last year, about one-third of post-Christmas deals was for clothing and accessories, according to DealNews.com. But stores like Victoria’s Secret and Michael Kors also use this period to run semi-annual sales. Discounts on sweaters and other winter clothing are about 50%, similar to Black Friday, so it’s best to wait until after Jan. 1 when the deals deepen to 70%, according to DealNews.com. Still, some retailers like Target start their after-Christmas deals with more aggressive cuts. Target is taking up to 70% off on clothing and shoes for the family starting Thursday.
As for electronics, it’s best to hold off until after the annual Consumer Electronics Show in early January, where new tech products will be displayed. That will help retailers decide which older products to discount. Looking for a new TV? Wait until right after the Super Bowl in early February, according to Marshal Cohen, chief industry adviser of the NPD Group Inc., a market research firm. And shoppers can always count on exercise equipment to be on sale. DealNews.com saw more exercise equipment deals in January than during any other month this past year.
To get the best deals, look for merchandise sold at stores that differs from their primary selection. For example, Cohen suggests buying luggage and home appliances at T.J. Maxx.
DISSECTING RETAILERS’ HOLIDAY RETURNS: Don’t expect to buy an item in December and go back to the store to return it in April. Every retailer’s return policy is different, and shoppers need to read the fine print on the receipt or check the retailer’s website.
Still, many retailers offer special extended holiday return deadlines, says Dworsky. That allows gifts purchased in November to be returned until mid to late January, beyond the normal return deadlines in some cases, according to Consumer World. Overall, the return deadlines are shrinking. At Bed, Bath & Beyond, the deadline to return is now 180 days. Last year, it replaced its no time limit return policy with a one-year deadline.
Dworksy says that stores continue to “slice and dice” their return policies, creating knotty rules for specific products. For example, a TV may have a shorter return window than a sweater.

Looking Down and Back on a Decade from Space

DJ Imus, Made and Betrayed by his Mouth, Dead at 79