DJ Imus, Made and Betrayed by his Mouth, Dead at 79 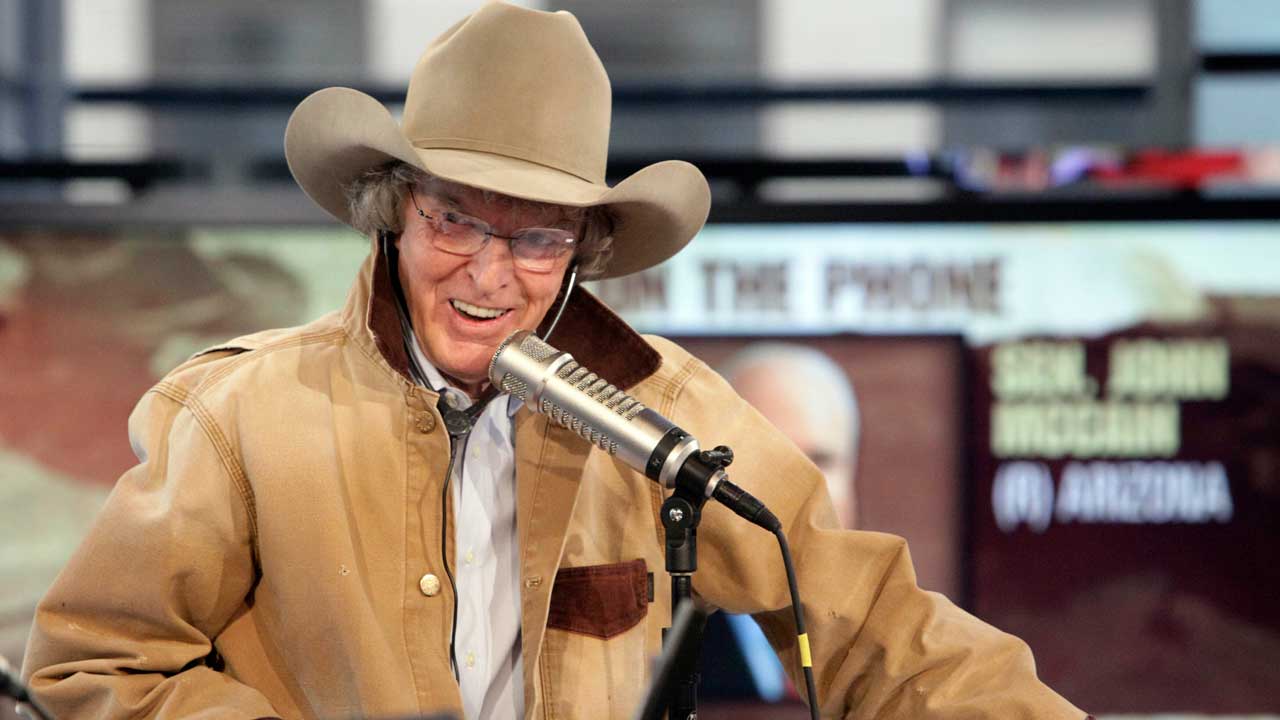 COLLEGE STATION, Texas — Disc jockey Don Imus, whose career was made and then undone by his acid tongue during a decades-long rise to radio stardom and an abrupt public plunge after a nationally broadcast racial slur, has died. He was 79.
Imus died Friday morning at Baylor Scott and White Medical Center in College Station, Texas, after being hospitalized since Christmas Eve, according to a statement issued by his family. Deirdre, his wife of 25 years, and his son Wyatt, 21, were at his side, and his son Lt. Zachary Don Cates was returning from military service overseas.

Imus survived drug and alcohol woes, a raunchy appearance before President Clinton and several firings during his long career behind the microphone. But he was vilified and eventually fired after describing a women’s college basketball team as “nappy headed hoes.”
His April 2007 racist and misogynist crack about the mostly black Rutgers squad, an oft-replayed 10-second snippet, crossed a line that Imus had long straddled as his rants catapulted him to prominence. The remark was heard coast to coast on 60 radio stations and the MSNBC cable network.
Despite repeated apologies, Imus — just 10 years earlier named one of Time Magazine’s 25 most influential Americans — became a pariah for a remark that he acknowledged was “completely inappropriate … thoughtless and stupid.”
His radio show, once home to presidential hopefuls, political pundits and platinum-selling musicians, was yanked eight days later by CBS Radio. But the shock jock enjoyed the last financial laugh when he collected a reported multimillion dollar settlement of his five-year contract with the company.

Imus’ unsparing on-air persona was tempered by his off-air philanthropy, raising more than $40 million for groups including the CJ Foundation for Sudden Infant Death Syndrome. He ran a New Mexico ranch for dying children, and often used his radio show to “solicit” guests for donations.
A pediatric medical center bearing Imus’ name was opened at the Hackensack University Medical Center in New Jersey.
Imus, born on a Riverside, California cattle ranch, was the oldest of two boys — his brother Fred later became an “Imus In the Morning” show regular. The family moved to Flagstaff, Arizona, where Imus joined the Marines before taking jobs as a freight train brakeman and uranium miner.

Fired From Early Job in Stockton

Only at age 28 did he appear on the airwaves. His caustic persona, though it would later serve him well, was initially a problem: Imus was canned by a small station in Stockton, California, uttering the word “hell.”
The controversy only enhanced his career, a pattern that continued throughout the decades.
Imus, moving to larger California stations, earned Billboard’s “Disc Jockey of the Year” award for medium-sized markets after a stunt where he ordered 1,200 hamburgers to go from a local McDonald’s.

His next stop was Cleveland, where he won DJ of the year for large markets. By 1971, he was doing the morning drive-time show on WNBC-AM in New York, the nation’s largest and most competitive radio market. Imus brought along a destructive taste for vodka, along with a growing reputation for irascibility.
In 1977, Imus was ignominiously dismissed by WNBC and dispatched to the relative anonymity of Cleveland. Within two years, though, he turned disaster into triumph, returning to New York and adding a new vice: cocaine. While his career turned around, his first marriage (which produced four daughters) fell apart.
Imus struggled with addiction until a 1987 stint at a Florida alcohol rehabilitation center, coming out just as WNBC became the fledgling all-sports station WFAN — which retained Imus’ non-sports show as its morning anchor.

Named to Radio Hall of Fame

Imus’ career again soared. Time Magazine named Imus one of the 25 Most Influential People in America, and he was inducted into the Radio Hall of Fame. His show began simulcasting on cable’s MSNBC in September 1996.
In the decade before his “nappy headed hos” debacle, Imus redefined his show by mixing his comedy segments with A-list guests: politicians (Sen. John Kerry and Sen. John McCain(, journalists (NBC-TV’s Tim Russert and The New York Times’ Frank Rich, musicians (Harry Connick Jr. and John Mellencamp).
A book plug on Imus’ show guaranteed sales, and authors were soon queuing up for a slot on the show.

But he rarely missed a chance to get in trouble, even in the good times. He engaged in a long-running feud with shock jock Howard Stern, who usurped Imus’ position as the No. 1 morning host in New York City.
And he outraged guests at the annual Radio and Television Correspondents Association Dinner in 1996, cracking wise about President Clinton’s extramarital activities as the first lady sat stone-faced nearby. “We all know you’re a pot-smoking weasel,” Imus said at another point about Clinton.
A White House spokesman called Imus’ bit “fairly tasteless.”

Self Described ‘All Inclusive Offender’

One year later, he was sued by a Manhattan judge after ripping the jurist on air as a “creep” and “a senile old dirtbag.” Critics carped over the show’s content, with Imus’ claim that he was an all-inclusive offender deflecting most complaints — although one show regular was fired in 2005 after a particularly vile crack about cancer-stricken singer Kylie Minogue.
A February 2006 profile in Vanity Fair contained the quote that might best serve as Imus’ epitaph.
“I talk to millions of people every day,” he said while riding home in a limousine after one show. “I just like it when they can’t talk back.”
Imus remarried in December 1994, to the former Deirdre Coleman. They had one son, Wyatt.

On the Money: Tips to Make the Best of Post-Holiday Shopping