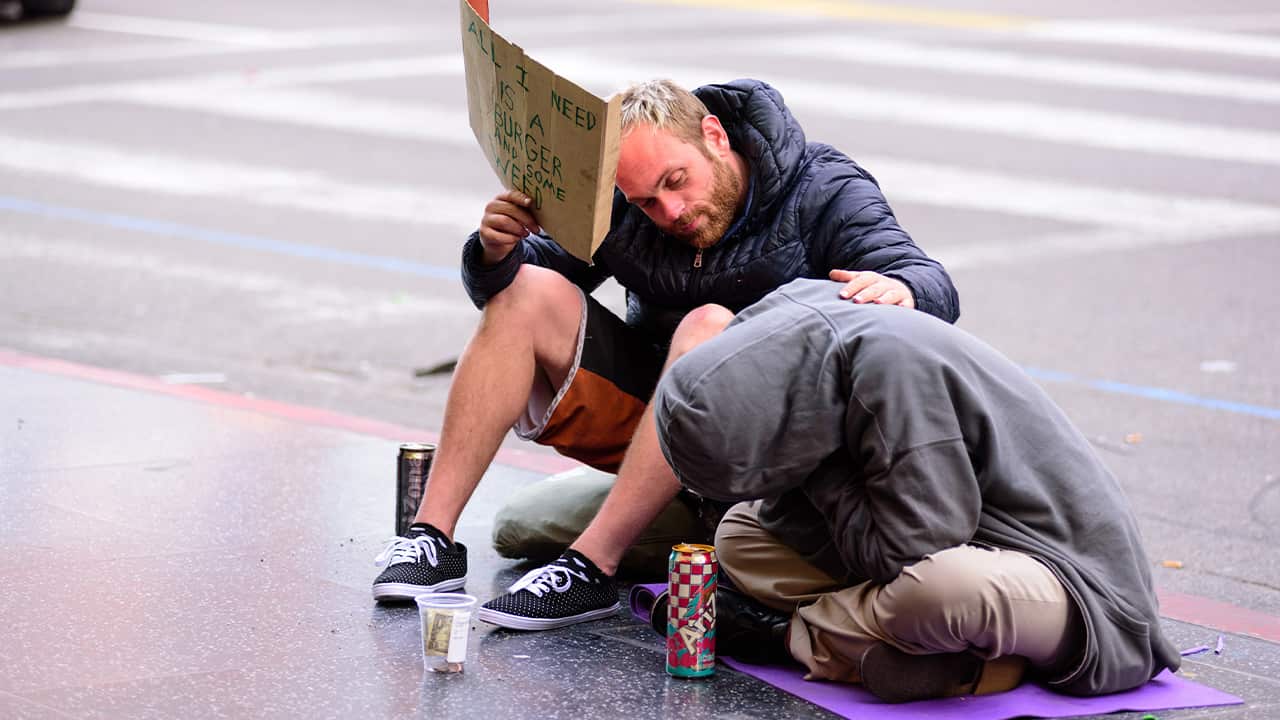 WASHINGTON — The federal government is reporting a 2.7% increase in the nation’s homeless population driven by a spike in California, according to an annual count that took place in January 2019.
The Department of Housing and Urban Development is reporting its third consecutive uptick in its homelessness projection, based on a summary of its annual report obtained by The Associated Press.
President Donald Trump has been highly critical of the homeless problem in California, and HUD said the increase seen in its January snapshot was caused “entirely” by a 16.4% increase in California’s homeless population.
“As we look across our nation, we see great progress, but we’re also seeing a continued increase in street homelessness along our West Coast where the cost of housing is extremely high,” HUD Secretary Ben Carson said. “In fact, homelessness in California is at a crisis level and needs to be addressed by local and state leaders with crisis-like urgency.”
Every year, communities around the country organize efforts to visit every shelter, park and alley in their communities to count the homeless population. The single night snapshot represents a key benchmark to determine how the nation is faring in the effort to end homelessness.

In the January 2018 count, almost 553,000 people were counted as homeless. That number rose to about 568,000 this year.
Carson said the homeless challenge requires a community-wide response that engages every level of government, the private sector and others.
While the overall homeless count increased, there continued to be pockets of progress. The HUD count found 37,085 homeless veterans, a decline of 2.1% from 2018. The number of homeless families with children dropped nearly 5%.
The report finds that states with the lowest rates of homelessness per 10,000 people are Mississippi, Louisiana, Alabama, Virginia and North Dakota.
The states with the highest rates were New York, Hawaii, California, Oregon and Washington. The District of Columbia had a homelessness rate of 94 per 10,000 people, more than twice as high as New York.