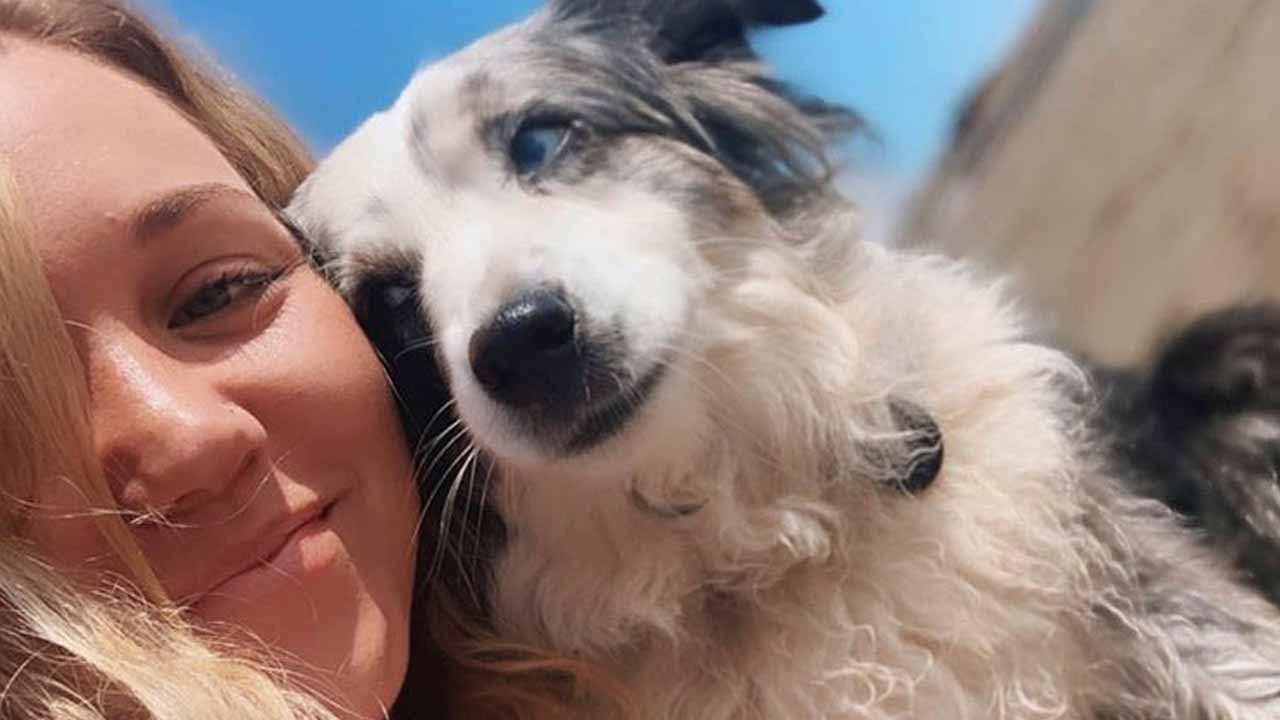 SAN FRANCISCO — A San Francisco woman is offering a $7,000 reward and has hired a plane to fly over the city to search for her her blue-eyed miniature Australian Shepherd stolen from outside a grocery store last weekend.
The plane, which cost an additional $1,200 will flying a banner with the website she set up to find her her dog, Jackson, which was stolen Saturday outside a grocery store in the Bernal Heights neighborhood.

Emilie Talermo said Thursday she has been doing everything she can to find her 5-year-old dog.
“I am just one person and I really need help getting the word out there,” Talermo said.
Surveillance video from the grocery store shows a man in a hoodie approaching the bench where Jackson was tied up.

Talermo and her friends have distributed thousands of flyers with the photo of the 28-pound (13-kilogram) dog with a white, black, and gray fur and bright blue eyes.
She set up a website, www.bringjacksonhome.com, where she’s offering a $7,000 reward, “no questions asked,” and even opened an account for the sweet-faced dog on Tinder.
“He’s always with me. It’s a very real love,” Talermo said, her voice breaking. “I just need help finding him.” 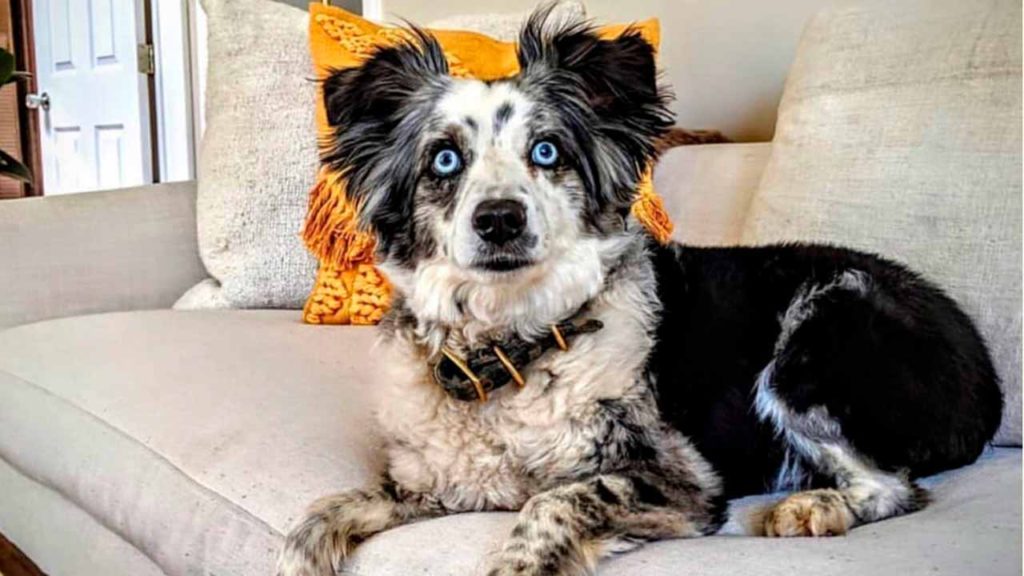 Emilie Talermo is offering a $7,000 reward for her Miniature Australian Shepherd, Jackson, who was stolen from outside a grocery store. She has hired a plane to fly a banner over the city. (Emilie Talermo via AP)

She hired an airplane to fly a banner that will have the search website address on it and will circle over San Francisco and Oakland for two hours Friday. The plane was set to fly Thursday but had to be rescheduled because of weather.
To help finance her search, Talermo launched a GoFundMe, where she has raised more than $7,000 since Tuesday. She plans to donate the extra money to Rocket Dog Rescue.
Talermo said she got the 5-year-old Jackson in New York. They moved to Los Angeles and then to San Francisco.
“Those people I’ve met throughout the years know my love for this dog. I’m just blown away by everyone’s support,” she said.