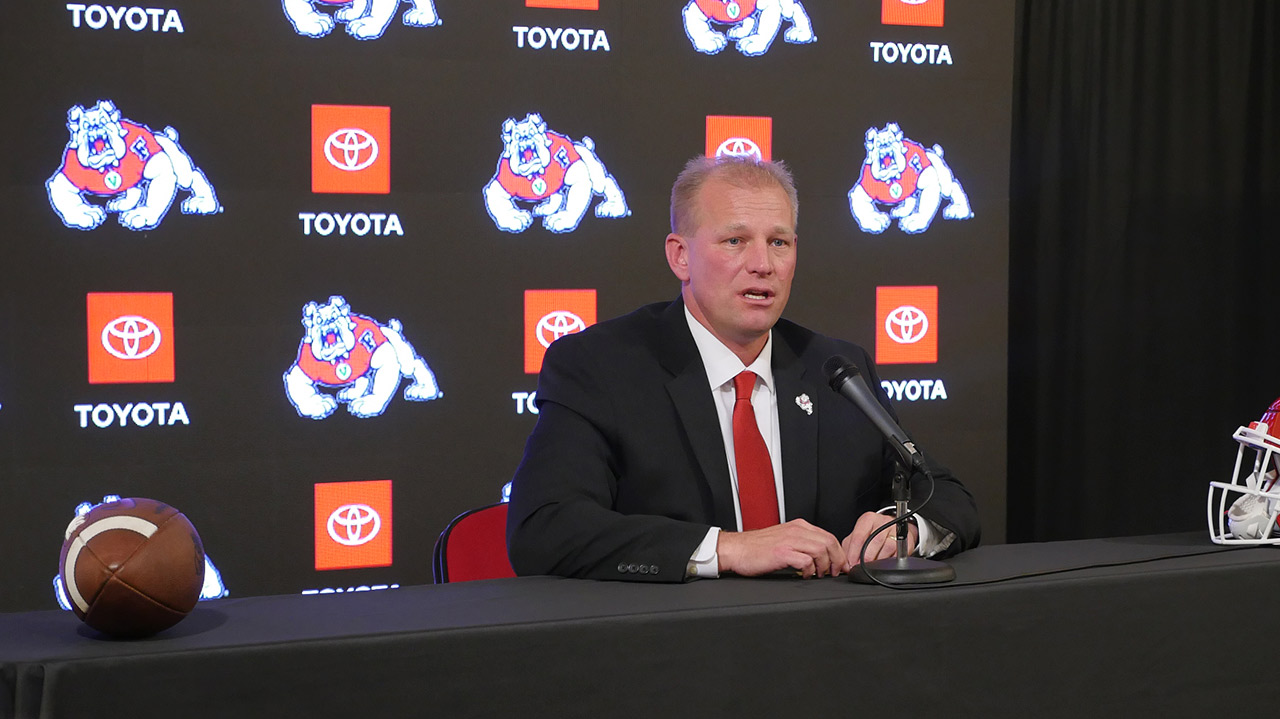 For 13-year old Alexis and 7-year old Avery, it means seeing their Fresno friends again. And sunshine.
“They’re fired up to come back here to Fresno,” DeBoer said. “When you step off the plane and you see the weather and the sunshine and all that sunny California is all about, how can you not love it?”
For his girls who love playing softball, returning to California is a natural choice.

The 45-year-old DeBoer may be the highest-profile boomerang in the Valley. He spent two seasons as Jeff Tedford’s offensive coordinator from 2017-2018 before leaving for the same position with Indiana.
Working as an offensive coordinator in the Big Ten is a step up. But, taking over at Fresno State is even a higher step on the ladder.
Fresno (for the second time) is the latest stop following Bloomington, Ypsilanti, Carbondale, and where his coaching career started and thrived — Sioux Falls, South Dakota.

DeBoer was born in Milbank, South Dakota, a town of 4,000 near the Minnesota border. He eventually moved to the big city, Sioux Falls (population 177,000), where he was a star wide receiver in high school.
He continued in town with the University of Sioux Falls and coached upon the conclusion of his playing career. Serving five seasons as the offensive coordinator, and five more as head coach, DeBoer won three NAIA national championships, amassing a 67-3 record.
“I wouldn’t change my path for the world. It really taught me a lot. The challenges that have come along the way have taught me a lot of lessons,” DeBoer said.
While in Sioux Falls, he married his wife of 18 years, Nicole.
“My wife is an amazing coach’s wife. She understands my passion, my purpose to serving the men wearing the Bulldog uniform,” DeBoer said. Fresno State Football is ‘Not Broken’ 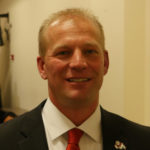 “I wouldn’t change my path for the world. It really taught me a lot. The challenges that have come along the way have taught me a lot of lessons.” — New Fresno State football coach Kalen DeBoer
The new coach said all the right things.
He said he’s fired up to be here. In addition to thanking his family, he thanked his former employer and the man he is replacing — Tedford.
“I love everything this program stands for,” DeBoer said.
Tedford stepped away from coaching nearly two weeks ago, citing health reasons.
Like any coach, DeBoer expects to win.
“It’s definitely not a broken program. I don’t feel that at all,” DeBoer said.
DeBoer found success as Indiana’s OC. The Hoosiers placed second in the conference in yards per game and sixth for scoring offense.
He doesn’t plan to change the Bulldogs offense next season.
“The system will be exactly what is in place right now. We will be personnel driven … a lot of it is dependent on the skill set of the quarterback,” DeBoer said.
Even at Indiana, DeBoer kept tabs on the Bulldogs. He said he spent late nights keeping up with his former and future team.

Finding His Way Back to Fresno

DeBoer knows winning has helped ascend the coaching ladder, but it was not the only thing.
“Winning has certainly been the appeal of why I’ve gone place to place. But also being a good person and high character. I think that is also appealing to people as well,” DeBoer said.
He drew parallels between the Cougars of Sioux Falls and the Bulldogs of Fresno State.
“There’s a community feel to the program. I just love going to work every single day there. And, I knew that was the case here when I was at Fresno State,” DeBoer said.