When Will Bulldogs Finally Prevail in 'Winning Time'? 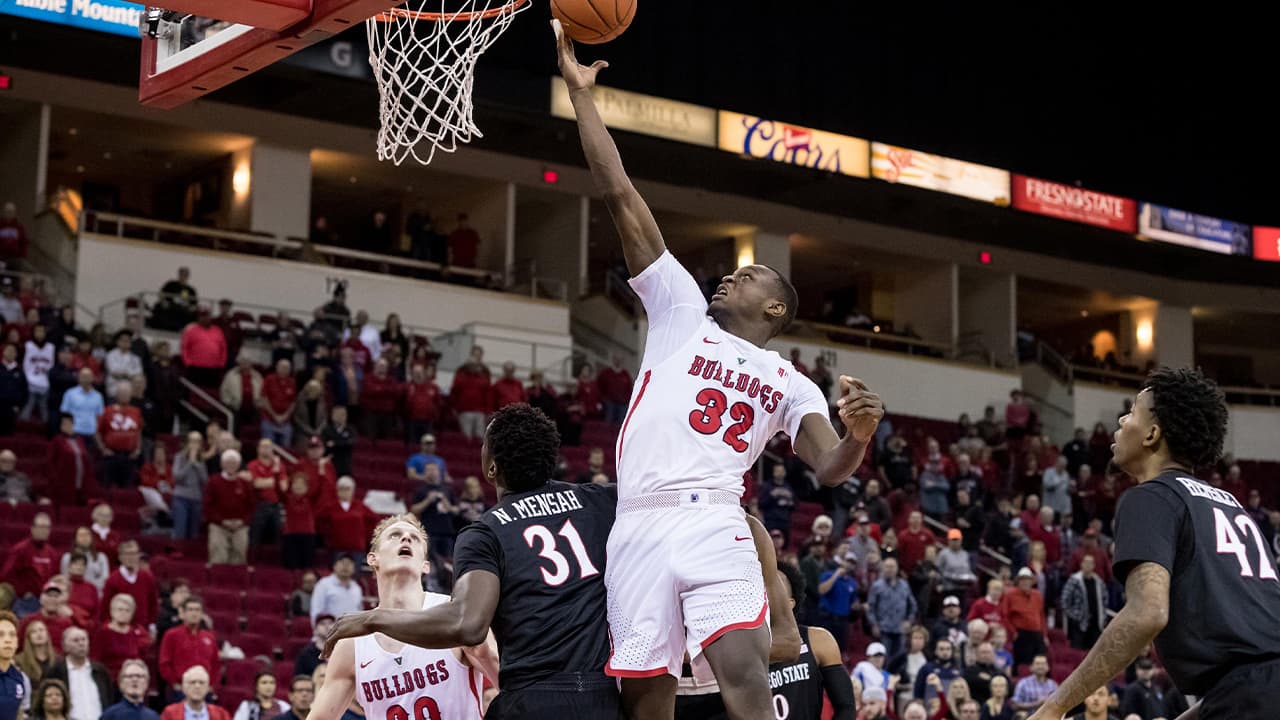 If college basketball games were two minutes shorter, the Fresno State men’s team might be 7-2 right now.
Instead, coach Justin Hutson’s young crew is 2-7, mired in a five-game losing streak, and 0-3 in overtime affairs.

Listen to this article:
The frustrating pattern: The Bulldogs play well until the crucial final minutes.
“It was winning time and we didn’t perform,” Hutson said after the Bulldogs fell 69-63 at Cal on Wednesday night. “We’ve seen it happen before, man. It has to stop. Bottom line. It happened at the end of the Winthrop game, happened at Northridge … Saint Mary’s. It just has to stop … right during prime time.”
Fresno State’s next opportunity to right the ship is Saturday night in a nonconference game at Cal Poly San Luis Obispo. The Mustangs also are 2-7 and, like the Bulldogs, have played a challenging nonconference schedule.

New Williams scored in double figures in back-to-back games for the first time this season, netting 21 for Fresno State against Cal. He had just 23 points on 5-of-29 shooting through his first five games. Since then, he has made 16 of 32 from the floor.
Mustafa Lawrence added 16 points for the Bulldogs while Nate Grimes totaled 14 rebounds and seven points. Led by Grimes, Fresno State outrebounded Cal, 38-28, and only surrendered five offensive rebounds.
“Grimes is an elite rebounder. He is a handful,” said Cal coach Mark Fox.
Grimes and Williams made back-to-back layups to trim Fresno State’s deficit to a point with 3 minutes, 38 seconds left in the game. But the Bears (6-4) scored the next seven points over a three-plus minute stretch and it was at least a two-possession game the rest of the way.
“We just have to be better in those situations. Winning time, we have to buckle down and be solid,” said Williams, a senior shooting guard.
Standout guard Matt Bradley had 24 points for Cal, which has won eight straight games at home dating to last season.

Through the first five weeks of the season, Fresno State has played five freshmen, and they are logging 45% of the team’s minutes.
Guard Jarred Hyder (12.0 points per game) and forward Orlando Robinson (9.6 ppg), in particular, are already valuable contributors. In total, the freshmen are averaging a combined 28.9 points of the team’s 70.6 points per game.

The series: 43rd meeting between Fresno State and Cal Poly. The Bulldogs lead the all-time series 34-8.
TV-Radio: streamed on BigWest.TV and broadcast on 940 AM ESPN. Tipoff is 7 p.m.
On the road again: This is the finale of a three-game road swing for the Bulldogs. They begin a three-game homestand Dec. 20 against IUPUI.