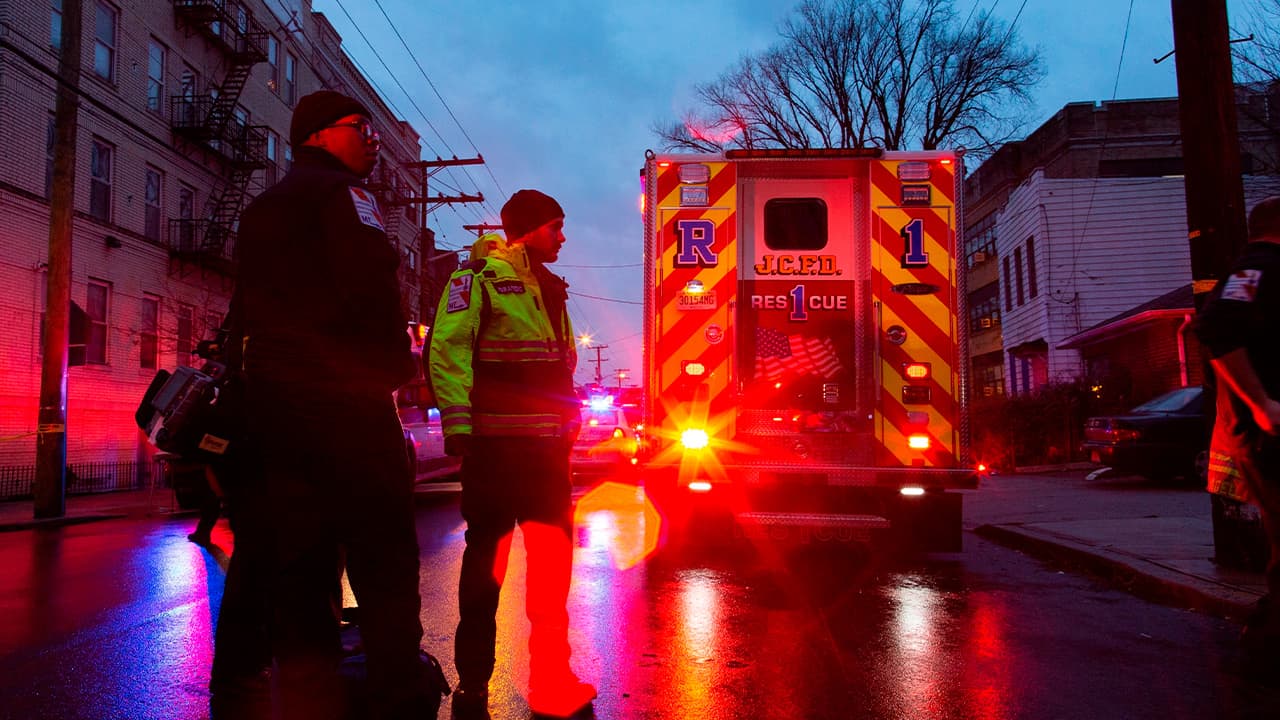 
“Our officers were under fire for hours.” — Jersey City Police Chief Michael Kelly
The shooting took place at two scenes, starting at a cemetery, where the officer was gunned down, and continuing at a kosher supermarket, where five more bodies were found, Kelly said.
“Our officers were under fire for hours,” the chief said.
He would not say exactly what set off the shooting but that he believes the officer who was killed was trying to stop some “bad guys.”
City Public Safety Director James Shea said that authorities believe the bloodshed was not an act of terrorism but that it was still under investigation. The Shooting Spread Fear Through the Neighborhood

Two other officers were wounded but were later released from the hospital, authorities said. A police officer has been shot, according to New Jersey State Police. (AP)