Who Besides the Obvious Are Running for Fresno Mayor? 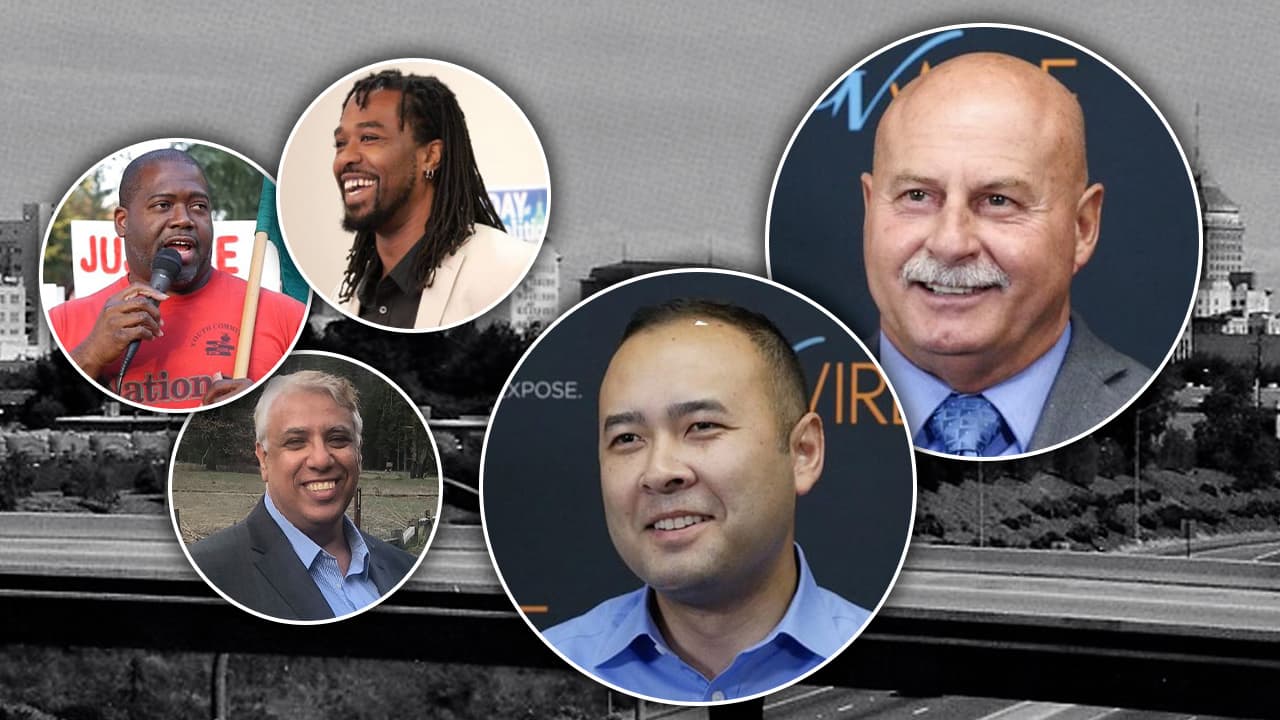 The Fresno mayor’s race is less than 90 days away. And although things have been somewhat quiet among the two frontrunners, the campaigns of Fresno County prosecutor Andrew Janz and former police chief Jerry Dyer are about to rev up.
But at least three other candidates will be on the March 3, 2020, ballot.

Listen to this article:
Who are they?

According to the office of county clerk Brandi Orth: Rev. Floyd Harris Jr., businessman Bill Gates, and salesman/recording artist Nickolas Wildstar have qualified for the race.
And, with incumbent Lee Brand not seeking reelection, there’s still time for more people to file. The deadline Wednesday, Dec. 11.

A little bit about the three lesser-known candidates:
Wildstar ran for governor in 2014, and again in 2018 as a Libertarian and received more than 11,000 votes, or 0.2%. He has lived in California for the last 20 years and is originally from Milwaukee, Wisconsin. While campaigning last year, Wildstar says, he liked Fresno so much he moved here this past June.
Gates owns Micro Private Security. He was previously known as Nabil Samuel. He says he legally changed his name to Gates and has lived in Fresno for 11 years.
Harris is a longtime Fresno resident and community activist. He announced his intention to run at an immigration rally last month. He serves as an assistant pastor at the New Light For New Life Church of God.

Is a Runoff Likely With a Big Field?

If no candidate receives a majority, the top two would face each other in a runoff in November.
The last two instances of an open Fresno mayoral seat went to a runoff.
In 2016, Henry R. Perea led Lee Brand after the primary, 45%-31%. H Spees finished third at 18%. Others received 6% of the vote. Brand won in the general election.
In 2008, Henry T. Perea led Ashley Swearengin after the first round, 27.5% to 27.1%. A field of nine others — some strong political names, and some not — shared 45% of the vote. Swearengin won in the general election.
If Dyer and Janz are in a close race as expected, losing 4-6 percentage points to other candidates could make the difference between getting over the 50% margin, and eight more months of campaigning.

The Fresno County Young Democrats held a fundraising get-together Tuesday night. The intimate occasion was a chance to rally around Dems running for mayor and Congress.
Andrew Janz and Esmeralda Soria, candidates for Fresno mayor and Congress, respectively, gave brief speeches. Secretary of State Alex Padilla provided the keynote address.
Kingsburg councilwoman Jewel Hurtado also gave a brief speech, encouraging her fellow Democrats to support anyone running. The 21-year old is the rising star in the party. She was introduced as the Central Valley’s “AOC,” a nod to Alexandria Ocasio-Cortez, the young, progressive New York congresswoman.
Also, the Democratic Central Committee elections, which are on the March 3 ballot, will see a competitive race. The committee has 23 positions across five districts — with the borders mirroring the county supervisor districts. Already, there are more candidates than seats — assuming that everyone who pulled papers to run follows through on turning things in. Andrew Janz speaks to the Fresno County Young Democrats on Dec. 3, 2019, at the Downtown Club in Fresno. (GV Wire/David Taub)

Stay in Your Lane No More?

It has long been a Fresno City Council tradition to not interfere in land use or zoning issues taking place in the district of a colleague.
But, council president Paul Caprioglio may have given his colleagues permission to deviate from that unofficial policy.
During Thursday’s debate about the size of a digital billboard in Garry Bredefeld’s District 6, Caprioglio talked about the controversy a few years ago over building the Hustler Hollywood store in his district.
“One of my favorite sayings is staying in your lane,” Caprioglio said, recalling how no other council member joined him in opposing the store at Highway 41 and Shaw Avenue. “I respect everyone’s opinions on staying in the lane, and so forth. But there are occasions where tough decisions have to be made. In my view, you have to think of the greater good of the community.”
With the billboard, Bredefeld objected to a waiver allowing a digital billboard overlooking Highway 41 to go beyond the 60 feet in height the city allows. Four other council members joined Bredefeld. Caprioglio was the lone dissenter, with Esmeralda Soria abstaining.

Drew Phelps of Tulare is the latest candidate who is hoping to flip a red Assembly seat blue. 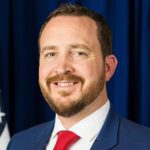 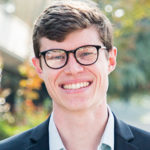 The Democrat is running against Assemblyman Devon Mathis (R-Visalia) in the 26th District, which includes Visalia, all of Inyo County, and part of Kern County.
Mathis is running for his fourth term, first elected in 2014.
Phelps, who is an analyst at Granville Homes, will open his campaign office Saturday in Tulare. It’s at 879 E. Merritt Ave.
This is his first run for public office, but he has extensive political experience. And, though a Democrat, he is a former staff member in the offices of former Republican Assembly Leader Connie Conway and former state Sen. Andy Vidak, a Hanford Republican. Phelps also served on the staff of Rep. Jim Costa (D-Fresno).
Phelps earned a B.A. in political science from Pitzer College and an M.A. in American politics from Claremont Graduate University.
“I’m running because, simply put, we deserve better,” Phelps said in a statement. “We deserve solutions that are tailored to Valley interests and we need them soon.”
Mathis served two tours in Iraq as a sergeant in the Army National Guard was awarded a Purple Heart. He lists as his platform as being pro-Second Amendment and anti-High Speed Rail.
The latest registration figures for the 26th District show the GOP with a 39%-31% advantage over Democrats, with 24% at no party preference.
In the 2018 election, the Democrats gained five Assembly seats, giving them a 60-20 edge.
Disclosure: GV Wire publisher Darius Assemi is the president and CEO of Granville Homes.