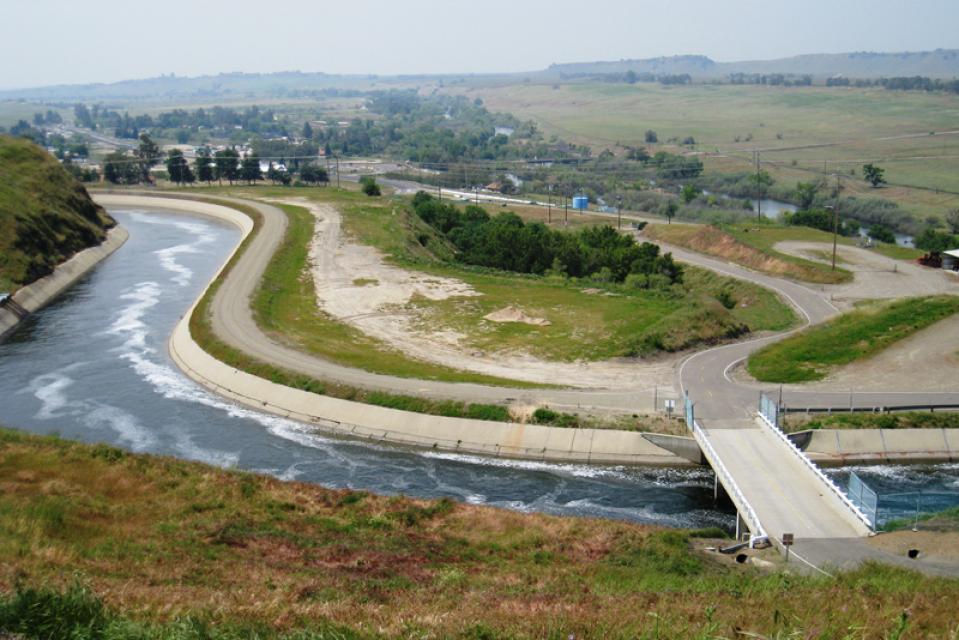 Congressman TJ Cox (D-Fresno) has introduced a bill that would help fix the failing Friant-Kern Canal.
Dubbed the Move Water Now Act, H.R. 5316 would provide $200 million in funds to repair a 33-mile middle section of the 152-mile canal. That amount is expected to cover half of the repair costs. The remainder presumably would come from the state and other sources. “Land subsidence has literally strangled most of the flow of water through the Friant-Kern Canal. Because of this, communities aren’t getting the water they pay for and farms aren’t getting the water they need to feed the world.” — Rep. TJ Cox
The bill’s prospects are promising because President Donald Trump and House Minority Leader Kevin McCarthy want to see the canal fixed.
The legislation is backed by the Friant Water Authority, the South Valley Water Association, and the California Farm Bureau Federation.

The canal carries water from the Friant Dam north of Fresno to east side lands and communities, and to the Valley’s southern border. In all, the federal project delivers water to 1 million acres of farmland and more than 250,000 residents.
But decades of groundwater pumping have caused the land to sink. By some estimates, the canal has lost as much as 60% of its capacity because of subsidence. In some years, up to 300,000 acre-feet of water deliveries have seeped into the ground.
“Land subsidence has literally strangled most of the flow of water through the Friant-Kern Canal,” Cox said in a news release. “Because of this, communities aren’t getting the water they pay for and farms aren’t getting the water they need to feed the world.”

In the same news release, Jason Phillips, CEO of the Friant Water Authority, and Dan Vink, executive director of the South Valley Water Association, praised the move.
“We look forward to the quick passage of this important legislation and the effort to secure the federal appropriations needed to complete the project,” Phillips said.
The bill is co-sponsored by California congressmen Jim Costa (D-Fresno), Josh Harder (D-Turlock), and John Garamendi (D-Fairfield), as well as Natural Resources Committee chairman Raul Grijalva (D-Arizona).

“I also want to thank President Trump for listening to our needs in California and acting on them through his presidential memorandum that prioritized this and other water infrastructure projects in the West,” McCarthy said earlier this week. “Restoring full capacity of the Friant-Kern Canal along this stretch will significantly benefit residents along the eastside of the Central Valley and our agricultural community.”
Ernest Conant, regional director for the Bureau of Reclamation, pointed to other benefits provided by a repaired canal.
“This project meets our commitment to repair infrastructure so we can optimize water deliveries, better use floodwaters, and protect the environment,” he said.
Language in the bill says the repaired canal would assist in groundwater recharge and meeting California’s groundwater sustainability goals. The bill also forbids expanding the canal or using the funding to expand existing reservoirs.

Senate Bill 559, authored by state Sen. Melissa Hurtado (D-Sanger), proposed $400 million to underwrite the canal’s repairs. But the legislation failed to reach a vote on the Senate floor before this year’s Sept. 13 legislative deadline.