Revisiting Fresno's Sputtering Growth Plan Is a Must 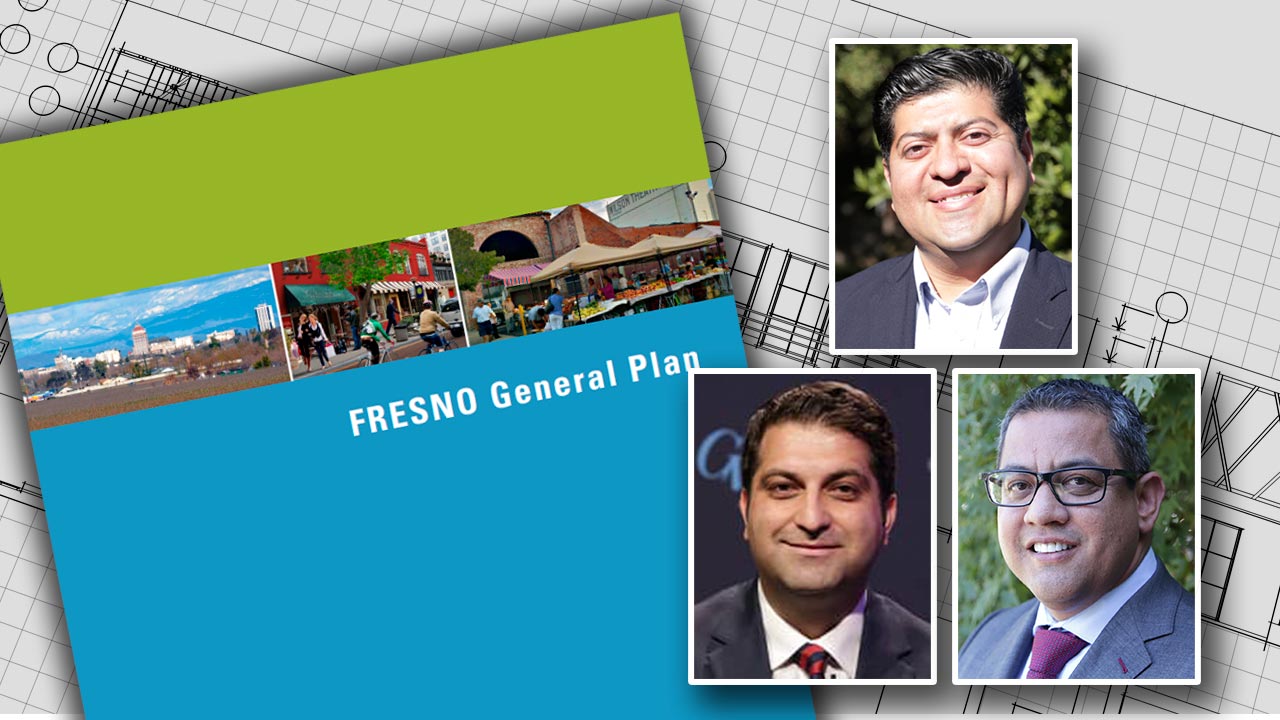 Only a newspaper editorial board and others who don’t operate in the real world would advocate sticking with a growth plan that isn’t working.

Listen to this article:
Thus Fresno City Councilmembers Luis Chavez, Miguel Arias, and Mike Karbassi are to be commended for sticking their necks out and asking to revisit the 2035 General Plan passed in late 2014.

Unlike some people, they acknowledge that the plan is driving home-buyers and renters out of Fresno while simultaneously failing to reinvigorate the city’s older neighborhoods.
During an unprecedented California economic boom — a record 116 consecutive months of job gains — Fresno housing starts are flatlining.
According to Chavez, the city issued an average of less than 1,500 building permits annually during 2014-2018. That’s insufficient to meet the demand in California’s fifth-largest city.

Moreover, scarcity drives up housing costs for renters and home-owners alike. Indeed, The Fresno Bee reported earlier this year that local rents increased 6.2% between March 2018 and March 2019.
Meanwhile, folks who work in Fresno are flocking east to Clovis and Sanger, north to Madera County, and south to Selma to live. One of the General Plan’s goals is to cut the length of commutes and reduce vehicle emissions. Instead, it’s increasing the number of vehicle miles traveled.


According to Chavez, the city issued an average of less than 1,500 building permits annually during 2014-2018. That’s insufficient to meet the demand in California’s fifth-largest city.

It’s significant that Chavez and Arias represent the older neighborhoods in south Fresno. For decades, city leaders and community activists have pleaded for new investment on the city’s south end that includes market-rate housing as well as more retail and banking options. One of their ideas is to push the city limits southward. This proposal is worth exploring.
In fact, there are many ideas worthy of inquiry. We should hear them all. But the primary focus should be on how to fulfill the General Plan’s goal of rebuilding the city’s urban core while increasing housing affordability and improving our chronically unhealthy air.
That will require hard work, imagination, honest conversation, and a willingness to admit that Fresno can’t simply order where new construction goes. With the best of intentions, we’ve tried that and seen the ugly results.

If Projects Don’t Pencil, They Don’t Get Built

Capital flows to where there’s a return on the dollar. Buyers put their hard-earned dollars in housing that meets their needs, desires, and budgets. Moreover, buyers willingly cross city limits and lengthen their commutes to get what they want.

Nor can we separate urban Fresno from Fresno Unified School District. Until the district shows marked improvement, many families won’t even consider living in Fresno’s core. Others will bolt to neighboring school districts as soon as they can. Just as others before them have done.
In addition, the diversification of the city’s economy and the creation of better-paying jobs hinge on Fresno Unified’s ability to produce career- and college-ready graduates.
I don’t say this with the intention of piling on Fresno Unified, but to make more people aware of how closely the city’s fortunes are tied to the district’s performance.

The councilmen are calling for the creation of a 17-member task force to revisit the General Plan. That team’s first assignment: Go into the business community and learn the obstacles to investment in the city’s core. Then solicit their ideas on how to remove these barriers.
Meanwhile, the city council and Mayor Lee Brand must find ways to fix streets, sidewalks, and parks, and remove blight in older neighborhoods.
Do that, and private investment will follow. Don’t do that, and little changes — regardless of how many General Plan updates are written.