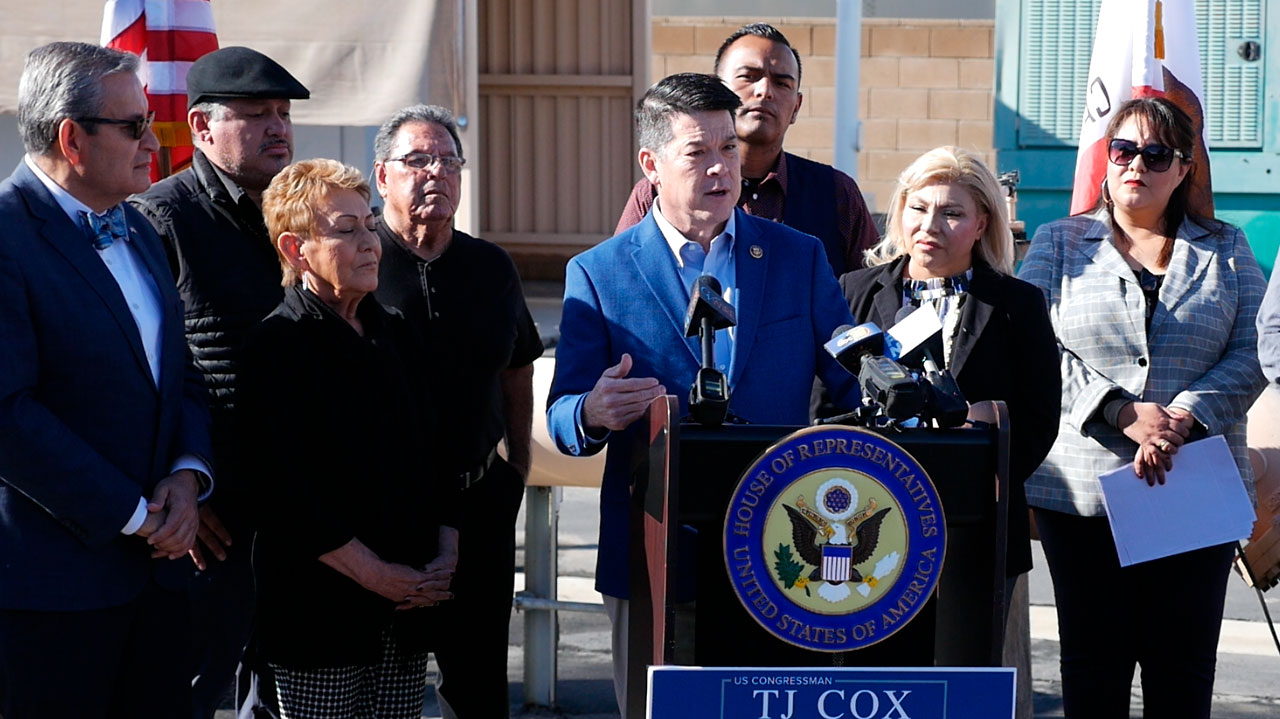 The act would expand the criteria for rural communities to have access to $100 million in federal grants. Some of the changes would allow communities with populations of up to 60,000, and median household incomes of $64,800 to apply. The legislation would also provide funds to apply for the money, a process that can sometimes be burdensome.
Cox called it the most important piece of legislation he’s introduced in his first term in office. It would solve the problem of Central Valley cities being too big for some grants, but too small for others.
“I don’t think Washington, D.C. dysfunction should stop families in Delano or Parlier or any other community in the Central Valley from getting clean water,” Cox said.
Parlier Mayor Alma Beltran says the funds will help her city, especially with a filtering system at the wells.
“The water is still drinkable, but the (chemical) levels are extremely high. I would recommend it is better to use bottled water,” Beltran said.
Cox is confident the legislation will gain bipartisan support.
“Having clean, fresh drinking water is not a partisan issue,” Cox said.
He said he already had support from Democratic leadership, including Speaker Nancy Pelosi (D-California), Natural Resources Committee chair Raul Grijalva (D-Arizona), and Water, Oceans and Wildlife subcommittee chair Jared Huffman (D-California).

Fresnan Have Opportunity to Voice Opinion on Privacy Law

The state Attorney General’s office will take public comment on the California Consumer Privacy Act in Fresno on Thursday.
The 2018 law allows citizens to control how data collected by businesses is used. The law also requires businesses to disclose how the data is shared, honor consumer requests to have the information deleted, and prohibit selling information collected on consumers under 16 without their consent.
The AG is holding a series of meetings throughout the state this week. The law mandates that the office come up with specifics on implementing the law by July 1, 2020.
The meeting in Fresno, open to the public, starts at 10 a.m. in the Hugh Burns Building, Assembly Room #1036 (2550 Mariposa Mall in downtown Fresno).

While employees returned to Fresno City Hall after the long Thanksgiving break on Monday, the power did not.
City workers worked with emergency power provided by a generator. Offices and lobbies were dimly lit, and excess electricity uses like microwaves were a no-no.
The  Utility, Billings and Collections counter was closed for about four hours during the darkness.
A problem with the electric power distribution, called a busbar, is to blame.