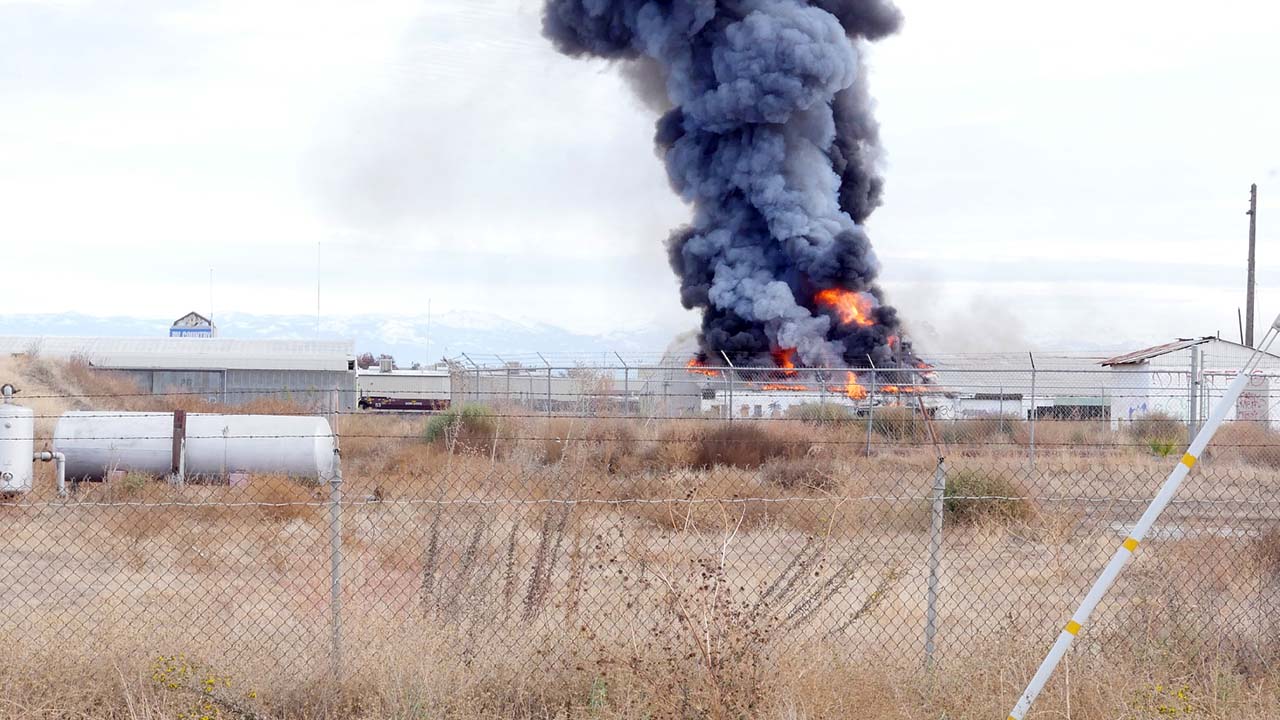 A fire burned a vacant building on a plot of land owned by the California High Speed Rail Authority.
Black smoke could be seen for miles — especially around highways 99 and 41 — when the fire started around 1 p.m.

Listen to this article:
CHSRA owns the plot of land on South Cedar Avenue between Central and Muscat. A spokeswoman said the land is excess property and currently unused.
Neighboring businesses said the building has been abandoned for years.

Several units from the Fresno city and county fire departments responded, with the CHP stopping traffic on Cedar.
The Fresno fire department said the fire erupted in a vacant commercial structure. There were no reports of any injury, or details on how the fire started.

Units are on scene of a VACANT #COMMERCIALFIRE in the area of S. Cedar and E. Central. pic.twitter.com/Zm6xvZtV1W

Fire in #Fresno County near Cedar and Highway 99. Appears to be warehouse building. Near RV Country. pic.twitter.com/OmSAyuI7sx

Dictionary.com Chooses 'Existential' as Word of the Year