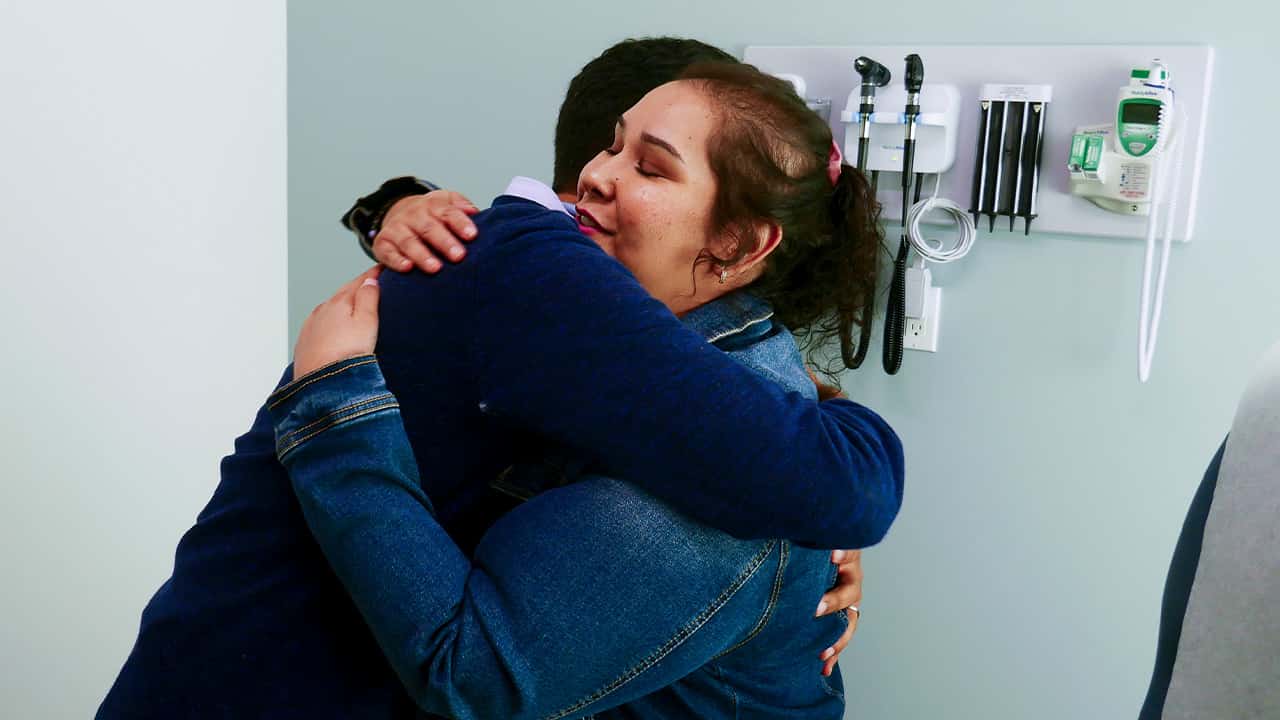 Primary care doctors are a hot commodity across California.
Students are being lured by full-ride scholarships to medical schools. New grads are specifically recruited for training residencies. And full-fledged doctors are being offered loan repayment programs to serve low-income residents or work in underserved areas. These efforts are intended to ease or stave off the physician shortage expected to peak within the next decade in California. By 2030, the state will be short some 4,000 physicians, according to a study from the HealthForce Center at UC San Francisco.
The shortage is already acute in rural and inner city areas, especially in the Inland Empire of Southern California where the number of physicians needs to double just to reach the recommended amount to serve the fast-growing population.
“The Inland Empire region has one of the lowest ratios of physicians, including primary care physicians, and that creates a number of challenges,” said Dr. Geoffrey Leung, ambulatory medical director for the Riverside University Health System.  “ When we have delays in care, that can result in sort of chronic illnesses or acute illnesses that become worse.”
With high student loans, medical school grads have been turning to better-paying specialties instead of primary care, such as family practice, pediatrics or obstetrics, leaving some areas in dire need.
“In California in particular, what’s unique is that the total number of physicians isn’t as big of a problem as where they are located,” said Mark Henderson, professor of internal medicine and associate dean of admissions at the UC Davis School of Medicine. “It’s really a maldistribution problem.”
Health insurers, medical professionals and  community leaders are working on solutions. This summer, the state offered 250-plus doctors loan repayment plans in exchange for ensuring 30% of their caseloads were Medi-Cal patients.
Meanwhile, insurer LA Care is spending millions on recruiting new doctors and, in South Los Angeles, the Martin Luther King Jr. Community Hospital is working to create a new residency program. In the Inland Empire, leaders are working to create a “middle school to medical school” pipeline.
Because doctors tend to practice near where they trained, where they are from or where they have a family connection, resources are being poured into the expansion or creation of training programs that are situated where the need is.

Dr. Moazzum Bajwa completed his residency with Riverside County’s University Health System and stayed on as a full-fledged physician and faculty member of the residency. (CalMatters/Elizabeth Aguilera)

Most Impacted Region In The State: The Inland Empire

Inland Empire officials have been working on this for quite some time. A statewide report from The Future Health Workforce Commission released this year found the number of physicians is 35 per 100,000 people, compared to the recommended 70 doctors, making it the most impacted region in the state.
Because of that need the state approved a new University of California medical school that opened in 2013 at UC Riverside specifically to train doctors to serve the local area. It offers scholarships to students who promise to return after residency to practice in the area and reaches out to kids interested in health careers.
The county and medical school have partnered to expand long-standing residency programs by inviting more students to train in the area. And both institutions recruit with an eye toward geographic nativity, meaning if an applicant is from or has a connection to the area they get priority.


Inland Empire officials have been working on this for quite some time. A statewide report from The Future Health Workforce Commission released this year found the number of physicians is 35 per 100,000 people, compared to the recommended 70 doctors, making it the most impacted region in the state.
For cancer survivor Cesilia Jimenez these efforts by the county are paying off.
Recently Jimenez received the results of her latest scans at the Moreno Valley Community Health Center from Dr. Moazzum Bajwa.
She had been putting it off.
“I’ve been so nervous to hear those results, I knew I wanted to hear them from you,” she told Bajwa after he assured her that everything on the scans looked good.
It was Bajwa, who was a resident at the time, who diagnosed a cancerous tumor in her neck and got her treatment for it after she had sought answers for years as to why she was losing her ability to walk.
Now, he is an attending physician and teaching residents through Riverside University Health System and the UCR medical school.  Bajwa is considered a success story in Riverside County’s efforts to grow, recruit and retain primary care doctors in the region.


Related Story: These Sunnyside Students All Get College Bids — and Some Go on to Medical ...

So far the county is seeing success, Leung said. About four out of 10 residents stay in the Inland Empire after their training and eight to nine stay in Southern California. While those numbers are not that different from other programs across the state, opening the medical school and expanding training slots have kept doctors in the area.
Dr. Takesha Cooper is on the admissions committee at the medical school, where priority is given to applicants who have a permanent or active mailing address in the area or went to college or attended high school in the Inland Empire.
“We do a holistic review and don’t just look at test scores,” she said. “We call it mission fits.”
Cooper defines it as applicants with connections to the area and who believe in the school’s mission to help the medically underserved region and train a diverse workforce of physicians. “We have to focus and attract and try to keep people who are growing up in this area, who have ties and are more likely to stay,” she said.
So far, the medical school is seeing early success. Of its 128 graduates, about 31% are training as residents in the Inland Empire.

Dr. Moazzum Bajwa examines Cesilia Jimenez’s neck during a recent appointment at the Moreno Valley Community Health Center. Jimenez had a cancerous tumor removed from her neck several years ago after Bajwadiscovered it when he was a resident doctor in training. He’s still her doctor and is now an attending physician and is curriculum director of the residency program. (CalMatters/Elizabeth Aguilera)

‘I Needed To Serve This Population’

Cooper is the kind of local student the school hopes to capture.
She grew up in Moreno Valley long before the medical school opened. She went away for college, completed medical school at the University of Southern California and moved to the Bay Area for her residency and a fellowship in child and adolescent psychiatry. Recruiting Physicians Where They Are Needed

This kind of thinking is happening across the state in areas lacking physicians.
In Northern California, UC Davis has partnered with the Oregon Health and Science University in Portland and created a program called COMPADRE, or California Oregon Medical Partnership to Address Disparities in Rural Education. It focuses on the area between Davis and Portland to recruit kids to medical school and to provide a program that allows them to train where they are from.
“We’ll modify their curriculum to allow them to remain in their home community for a large part of their training to keep them connected to a community health center in the region,” Henderson said. “If we get physicians who actually grew up or have a connection to these communities they will be less burned out and will have meaningful relationships to the community and the hospital.”
In urban South Los Angeles, the MLK Jr. Community Hospital set up its own medical group in 2016 that recruits and hires physicians to practice in the neighborhood and is slated to start a residency training program in 2022, said Elaine Batchlor, CEO of the hospital.


Related Story: California Doesn’t Have Enough Doctors. To Recruit Them, the State Is Paying ...

“It feels good to just come and he knows what we are going to talk about and not me explaining to the doctor what I’ve been through,” she said.
When she left their appointment Bajwa gave her a hug before she walked out on her own.
“Many programs talk about serving the underserved but here the focus that the faculty have on actually taking care of the community and doing outreach in the community is just unparalleled I think,” Bajwa said. “That was something I wanted to be a part of.”
CalMatters.org is a nonprofit, nonpartisan media venture explaining California policies and politics.