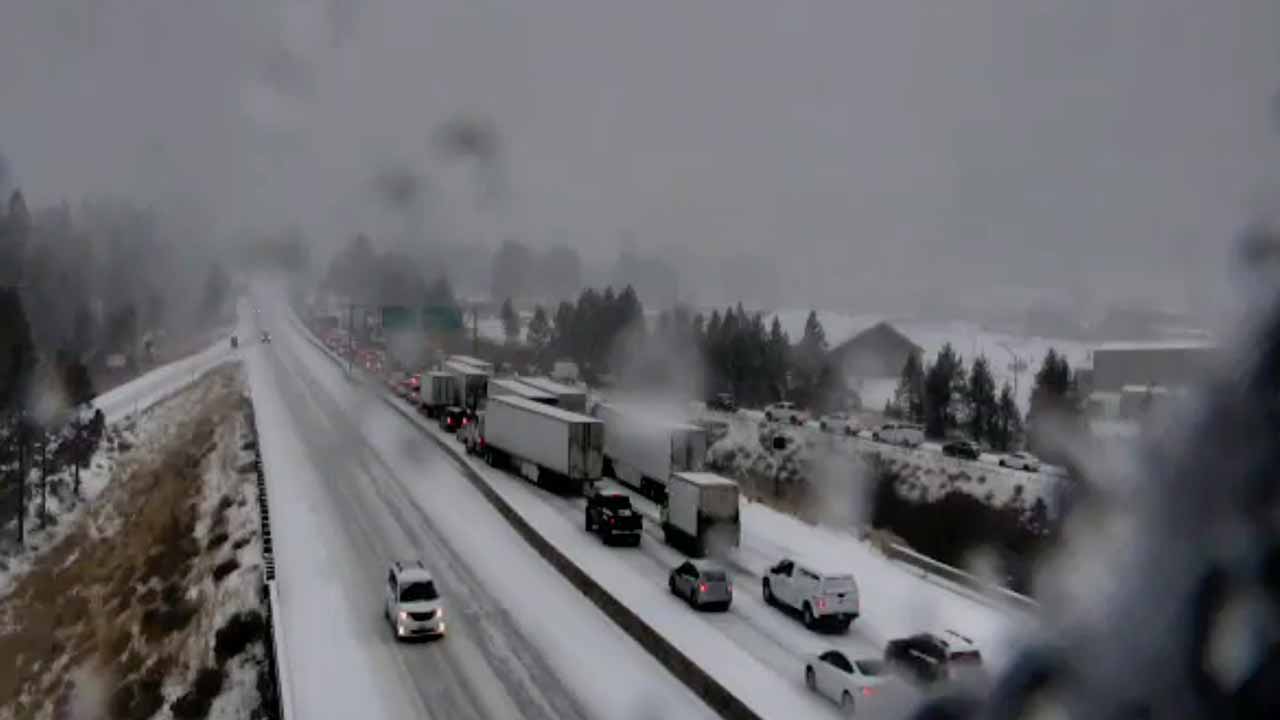 A snowstorm in the Sierra Nevada has shut down a highway in the mountains west of the Nevada-California line.


The National Weather Service says the storm could be like nothing experienced in Northern California and Southern Oregon for 20 years.
The California Highway Patrol said traffic on U.S. Interstate 80 was being held Tuesday on both sides of Donner Pass north of Lake Tahoe so crews could clear the highway of multiple spinouts and collisions.
There was no immediate report of any serious injuries. Authorities didn’t have an estimated time for reopening the interstate.
The Tahoe area is under a winter storm warning through Thursday afternoon.
The National Weather Service says winds gusting up to 85 mph could create blizzard conditions Tuesday night into Wednesday morning with up to 2 feet of snow possible at elevations above 7,000 feet.

Authorities are reporting downed trees, power outages and heavy snow on mountain passes as a “bomb cyclone” approaches the Northern California and southern Oregon coast.
The center of the low-pressure system is expected to make landfall late Tuesday afternoon between Crescent City, California, and Brookings, Oregon.
NWS says the storm could be like nothing experienced in the area for 20 years.
Trees are down across U.S. Highway 101 just north of the California border in Oregon. Sporadic power outages are being reported across the region. Some coastal hotels say they’re prepared for big storms.
Winds are gusting at 70 mph in coastal areas, and waves of up to 32 feet are expected. A bomb cyclone is a rapid drop in air pressure.
NWS is urging people to wait to travel for Thanksgiving until the weather improves. 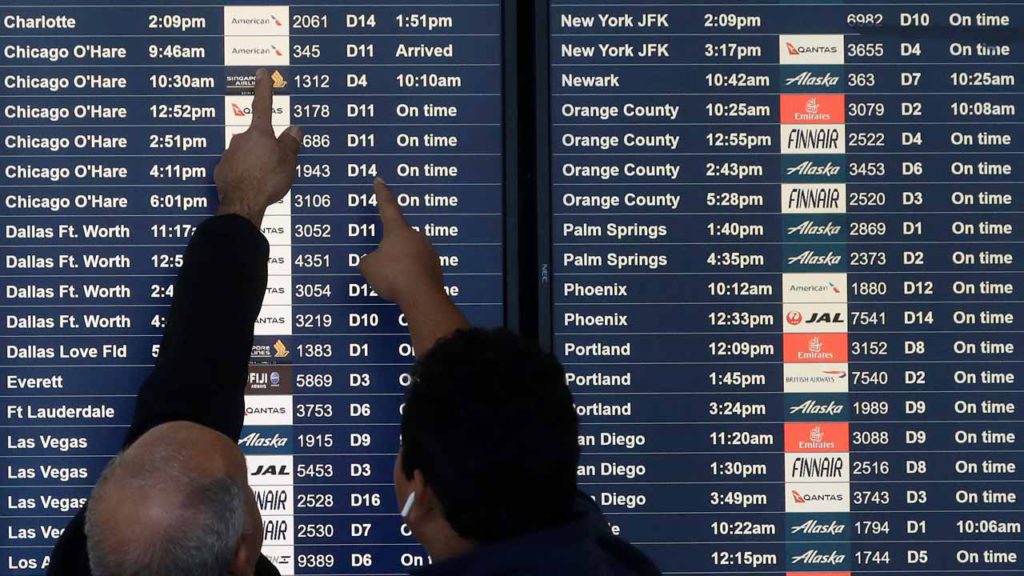 Two men point toward plane arrivals on a flight information board at San Francisco International Airport in San Francisco, Tuesday, Nov. 26, 2019. Northern California and southern Oregon residents are bracing for a “bomb cyclone” that’s expected at one of the busiest travel times of the year. (AP Photo/Jeff Chiu)

Operations are getting back to normal at Denver’s airport as a snowstorm moves out of Colorado but it could take days for airlines to accommodate travelers whose flights were canceled.
Officials say the storm dropped about 10 inches of snow at the airport. That led to the cancellation of about 30% of the airport’s average 1,600 daily flights, mostly for Southwest Airlines and United Airlines.
Southwest spokesman Brad Hawkins said Tuesday it will take “a couple of days” to accommodate stranded passengers on other flights because there are few available empty seats available during the heavy Thanksgiving travel period. That makes it harder for airlines to rebook passengers whose flights have been canceled.
The storm is expected to dump snow on the airport in Minneapolis but most snow is expected to fall overnight when few flights are scheduled.

The AAA auto club says more than 55 million people will travel at least 50 miles from home over Thanksgiving, and the Transportation Safety Administration is predicting record numbers at airports.

Bloomberg: US Would Benefit From More, Not Fewer, Immigrants

Did Devin Nunes See What Trump 2020 Team Said About Twitter?