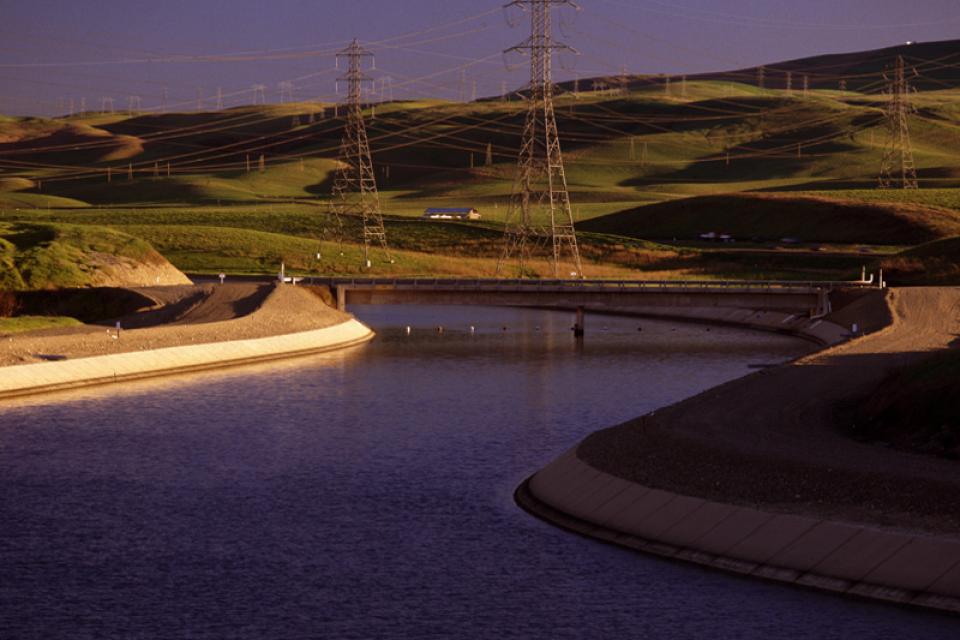 SACRAMENTO — California officials said Thursday they will sue the federal government over proposed rules managing the state’s scarce water, arguing its conclusions are not scientifically adequate and fall short of protecting species and the state’s interests.

The state, which has historically relied on the federal government to set rules, is proposing its own rules governing the State Water Project, which captures and stores water originating in the Sierra Nevada and delivers it to 27 million people in the San Francisco Bay Area and Central and Southern California.
“We value our partnerships with federal agencies on water management,” the state’s Secretary for Environmental Protection Jared Blumenfeld said. “At the same time, we also need to take legal action to protect the state’s interest and our environment.”

Environmental groups cheered the state’s decision but criticized the state’s proposed rules.
Doug Obegi at the Natural Resources Defense Council referring to them as “Trump lite.”
“It’s not as bad as what’s in in the Trump (proposed rules), but it’s certainly less protections than what’s in place today,” he said.

The wrangling highlights the perils of water politics in California as first-term Democratic Gov. Gavin Newsom seeks to reconcile the interests of the state’s $50 billion agriculture industry with the growing list of endangered species in a fragile ecosystem.
Earlier this year, the Legislature approved a law that would have applied California’s Endangered Species Act to the federally-operated Central Valley Project. But Newsom angered environmentalists when he vetoed that law, calling it “a solution in search of a problem.”
Newsom said Thursday the state’s actions are beginning “to chart a new path forward for water policy in California.”
“As stewards of this state’s remarkable natural resources, we must do everything in our power to protect them,” he said.

“Today’s announcement by Governor Newsom is disappointing in his preference to have judges dictate these important projects” https://t.co/dDqybgQ5A4

Last month, the federal government proposed new rules that would govern the State Water Project and the federal Central Valley Project. The rules would deliver more water to farmers, despite warnings from environmentalists that it would imperil endangered species like the delta smelt and the winter-run chinook Salmon.
A joint statement from the U.S. Fish and Wildlife Service, the National Marine Fisheries Service and the U.S. Bureau of Reclamation said their final proposed rules “incorporated significant modifications based upon input from the State of California and our partners.”
“We firmly stand behind the science that was used and the conclusions that were made,” the agencies said in the joint statement.

State Says Species Will Be Protected

The state Department of Water Resources says its proposed rules for the State Water Project include specific protections for the longfin smelt, which is protected under the state’s Endangered Species Act but not the federal equivalent.
Obegi said the state’s water rules ultimately would let water agencies take out an additional 219,000 acre-feet of water each year, which he says would harm the longfin smelt and other endangered species. One acre-foot of water is about 325,000 gallons.
Department of Natural Resources spokeswoman Lisa Lien-Mager said the new rules give the state Department of Fish and Wildlife authority to stop the increased pumping if it determines it would violate the Endangered Species Act.
She also said the plan would set aside 200,000 acre-feet of water to offset the additional pumping impacts in the Delta, which when combined with other factors “does not result in a net increase in exports.”

Should Fresno Unified Use PLAs to Build Schools?