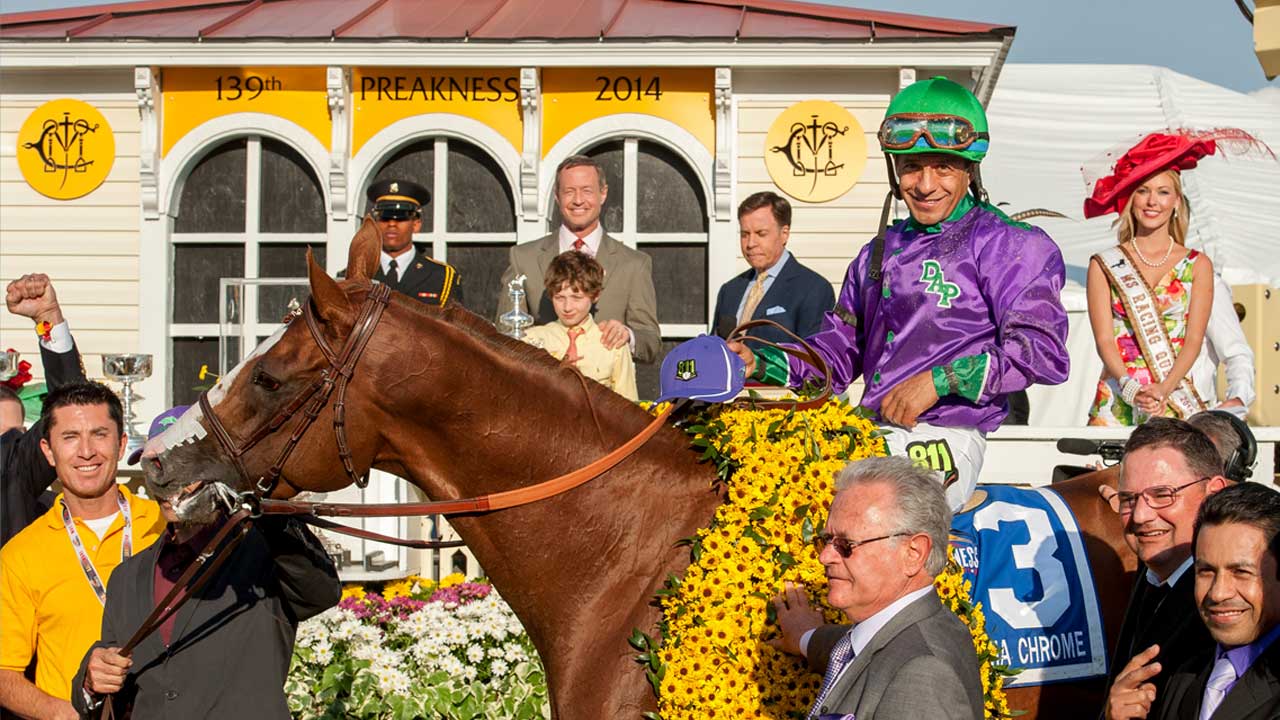 California Chrome, the Valley bred racehorse that went on to become the richest Kentucky Derby winner in history, appears headed to Japan.
The thoroughbred’s owners have announced an agreement to sell the 8-year old stallion to a Japanese stud farm, according to Blood-Horse magazine  The sale is awaiting approval from the Japanese government.

Fan Favorite Was Two-Time Horse of the Year

California Chrome was foaled and raised, up to the age of two, at Harris Farms in Coalinga. He became a local and national favorite as he progressed through his racing career, winning the 2014 Kentucky Derby and Preakness Stakes. However, he missed winning horse racing’s fabled Triple Crown, finishing fourth at the Belmont Stakes.

At the end of the 2014 season, California Chrome was named American Horse of the Year. He won the award again in 2016.
California Chrome is owned by a syndicate, with a majority share held by Perry and Denise Martin. The Martins, living in Yuba City at the time, were part of the stallion’s original partnership along with Steve and Carolyn Coburn of Topaz Lake, Nevada.

Blood-Horse reports the Martins will continue to participate in California Chrome’s breeding career in Japan and, as part of the agreement, the syndicate has the first right of refusal if the stallion is ever sold.
Upon retirement from breeding, he can live out the remainder of his life at Taylor Made Farm in Nicholasville, Kentucky, his current home. Taylor Made Stallions is among California Chrome’s ownership syndicate partners.
“California Chrome is owned by a 50-share syndicate,” Taylor Made CEO Duncan Taylor told Blood-Horse. “We polled the syndicate and they decided to do it.”
“Emotionally, it is a hard thing because we love the horse, and he’s taken the Taylor brothers to places we never dreamed of going,” Taylor said.

Taylor said his farm is considering hosting an open house before California Chrome ships overseas to accommodate his many fans. More than 20,000 visitors have come to see California Chrome since he entered stud in 2016, Taylor said.
“California Chrome is a very special horse and means a lot to not only the team members of Taylor Made but to the thousands of fans he has across the country.”