One of These Men Will Be a New Fresno Councilman. They Debate. 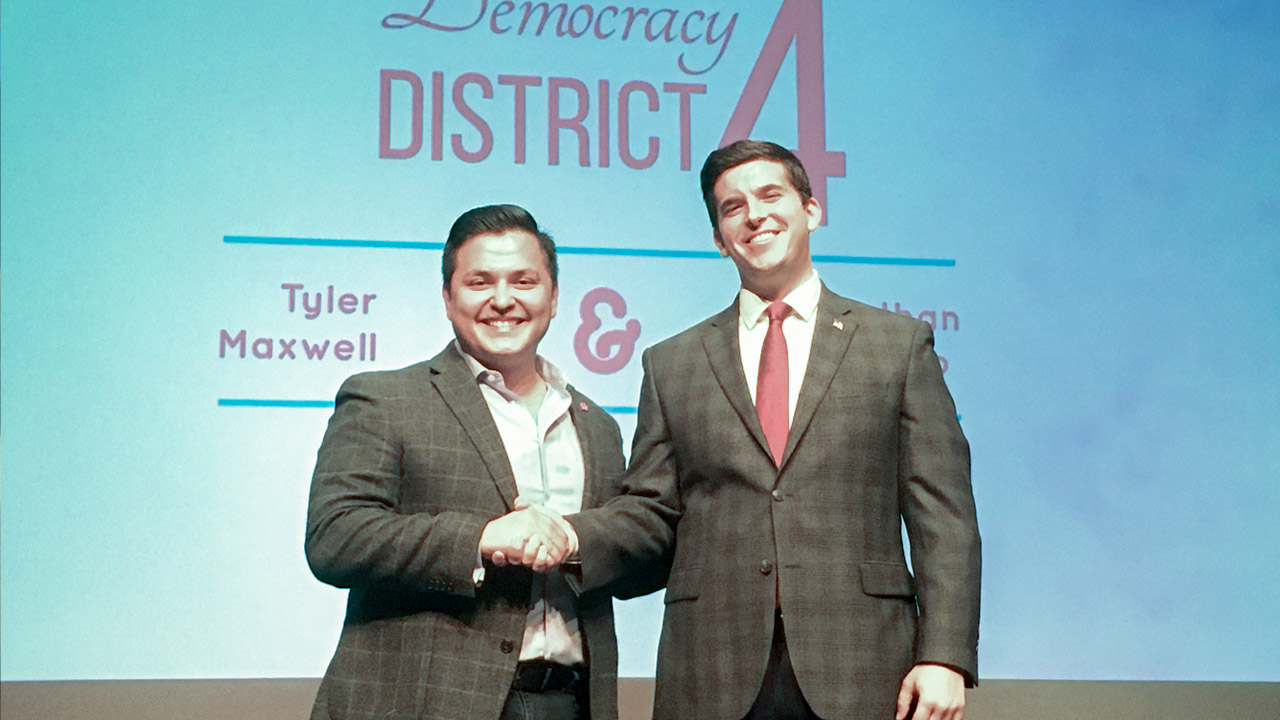 Some questions focused on quality-of-life issues around Fresno State such as traffic and safety.
For the most part, the candidates advocated for the same issues — increasing the city’s housing stock, better-paying jobs, and public safety.
Dealing with homelessness was an issue both men said was a top priority.
Both also said they support DACA, the federal order that allows children brought to the country illegally to remain in America and work. Alonzo noted that his parents came from Mexico undocumented, and his family includes DACA recipients.
If there was any deviation in their philosophies, it came when asked about their housing plans. Alonzo supported Councilman Luis Chavez’s desire to reopen the General Plan. Maxwell pushed for the city to encourage more affordable housing.

Bobby Bliatout hoped to celebrate his endorsement from the state Democratic Party he earned this past weekend.
Unfortunately, the news of a quadruple homicide in southeast Fresno dampened his enthusiasm.
Nonetheless, Bliatout is the Democratic Party’s candidate in hopes of taking down nine-term incumbent Rep. Devin Nunes (R-Tulare) in the 22nd District.
Bliatout received the nod as the party’s endorsed nominee over Phil Arballo and Dary Rezvani.
Nunes is coming off his closest reelection race in 2018, winning by 5.4 percentage points against Andrew Janz. Bliatout ran in 2018 as well but didn’t make it out of the primary.

Fresno County is supposed to have 49 judges at its Superior Court. According to the Judicial Council, the policymaking body of the California court system, there are three vacancies the governor could fill.
In its latest report, the Judicial Council recommended that the governor use two of the 25 new judgeships funded in the most recent budget on Fresno, which would bring the vacancies to five.
However, the governor can make the appointments whenever he chooses. He is also not obligated to follow the recommended priority order, where Fresno would be the 7th and 19th picks.
The catch, is, the report says Fresno needs 13 more judges to keep up with its workload.
The same report also prioritized the construction of new courthouses statewide. It ranked Fresno County ninth on the priority list. However, any court construction is contingent on the Legislature adding it to the budget.
Read the report here.