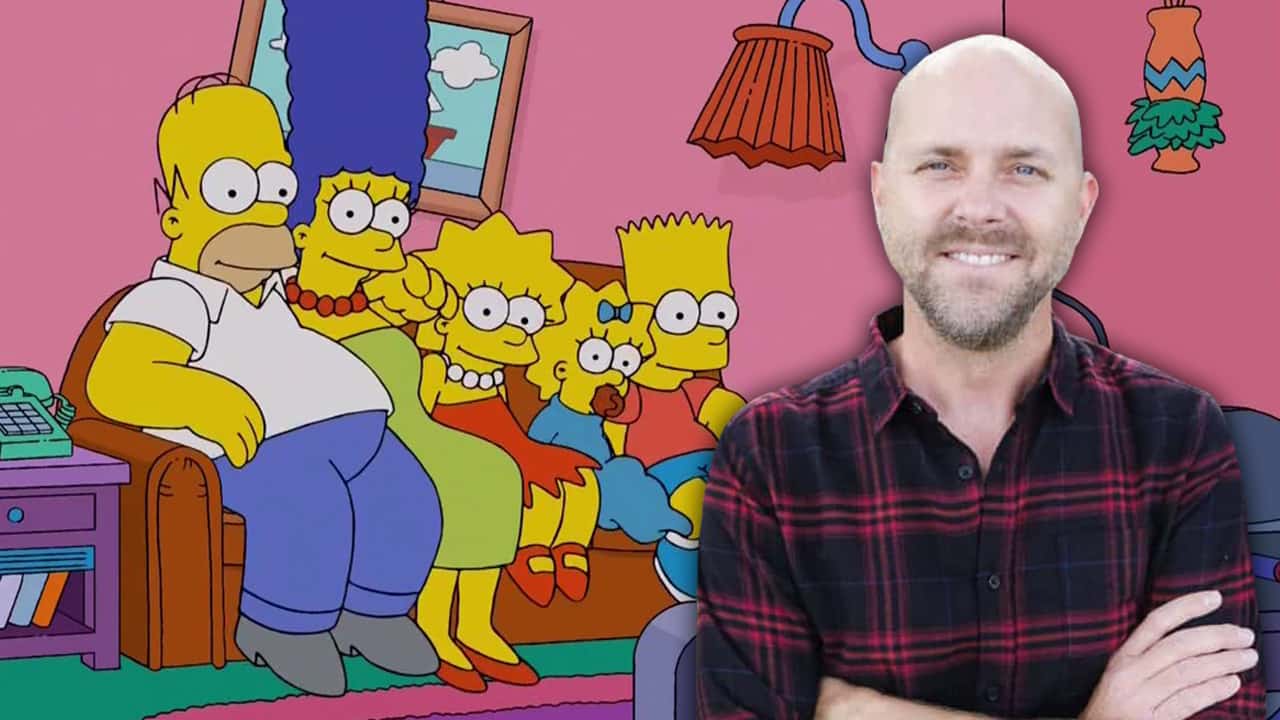 Duke, known as Alex Welch (his stepfather’s name) growing up, attended Lemoore High School at the same time as another famous Tiger, future NFL star Lorenzo Neal.
“I was on the wrestling team when Lorenzo Neal won (the state) championship. So, that was kind of fun. We were teammates for a brief time,” said Duke, a 1991 graduate.
Moving across the Valley, Duke attended Fresno State, studying marketing.
“I wanted to get what I considered a stable degree,” Duke recalled.

Alexander Duke, with his normal credit on the left, and his special shout-out on the right. (GV Wire Composite/Alexis DeSha)

From the Valley to The Simpsons

While in Lemoore, Duke acted in some plays, sowing the seed of his interest in the entertainment business. After graduating, he moved to Hollywood.
“I put out a lot of résumés and did what you do, when you graduate from college and are looking for a job. I also made as many contacts as I could — as anyone would trying to break into this business,” Duke said.
Duke found work with a casting director, whose husband worked on The Simpsons. That was his entrée into working on the longest-running scripted American primetime television series: 669 episodes since its Dec. 17, 1989 debut.
“Ultimately, they needed help on the show. That was my foot in the door,” Duke said. “I also had an interest in animation. I just had this amazing opportunity on this iconic show. So, I just decided to try it out.”
Starting at the bottom as a production assistant in 1995, Duke said his duties included grabbing lunch for the writers. Unlike Homer Simpson — stuck in the same job for 30 years — Duke worked his way up the proverbial ladder.

“Opportunities within the show just kept popping up. So, I picked them. Here I am many years later. The show keeps going and it’s still fun to be part of this whole thing,” Duke said.

Co-Producer of The Simpsons

Duke’s current role is co-producer, which mainly involves working with the editing team once the initial show is completed.

“I oversee sort of the finishing of the show, a big part of the post-production process,” Duke said.

He also works on the Simpsons vignettes that appear on shows outside of the main show. Recently, Homer appeared at The Emmys — only to have a piano crash upon him. It’s a project Duke worked on.

Duke’s favorite character is the show’s patriarch, Homer.
“Of course, Homer is always hilarious,” Duke said.
He also enjoys Moe Szyslak, the often depressed bartender and Homer’s purveyor of Duff beer.
“With Homer and his friends and some of the stuff they get into. … It’s pretty funny to me,” Duke said.
One of his favorite Simpsons jokes — from Season Two when baseball star Darryl Strawberry replaced Homer on the Springfield Power Plant’s softball team. Darryl sheds a tear when Bart taunts him (something that regularly occurred during Strawberry’s on-field career).
Is there a chance that The Simpson family might make an appearance in Lemoore in the future? Duke says sure, maybe they will visit Kelly Slater’s Surf Ranch.
“Anybody watching surfing sees that there is a surfing spot in the middle of the Central Valley.  … They see the name Lemoore there. Now they’re seeing this name Lemoore, this town on The Simpsons, too. I thought it’d be kind of fun to give Lemoore, a little more national exposure for one second at least,” Duke said. Moe, Homer, and Lenny from a recent episode of “The Simpsons” (The Simpsons)

Despite the shout-out, Duke hasn’t received much reaction. Perhaps, he said, it’s because he added the credit at the last minute.