One Victim's Family Tries to Scrub Away the Horror 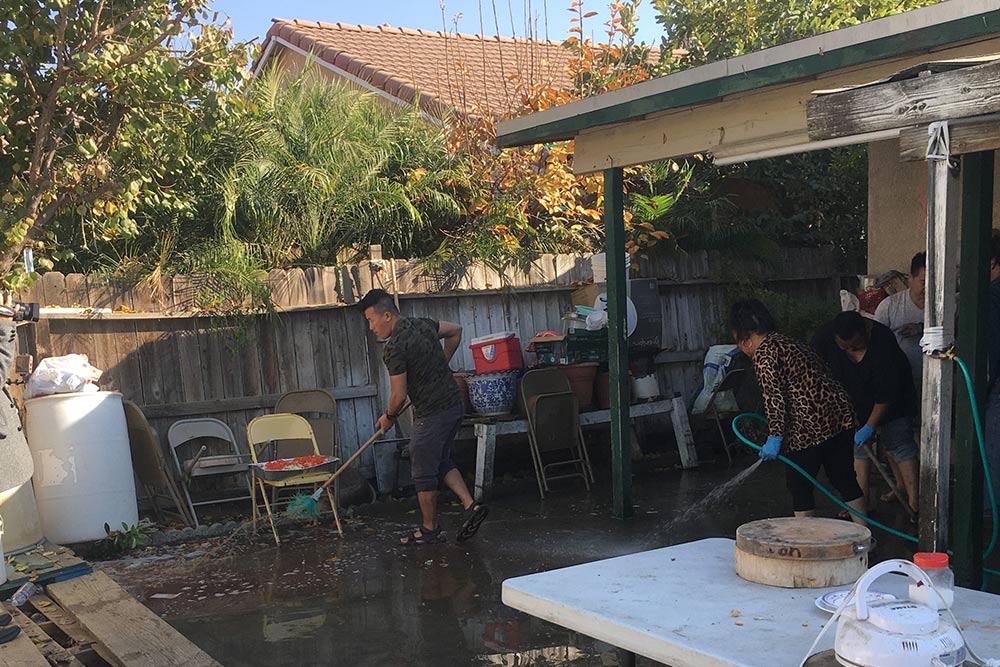 The soap bubbled off the modest-sized backyard Monday afternoon as Vu Xiong frantically tried to scrub off the horror of the night before. The smell of bleach overtook the rotting food and perhaps death.
On Sunday night, Vu’s brother — 38-year old Kou Xiong — gathered with friends and family at the home on the 5300 block of East Lamona Avenue in southeast Fresno. It was the usual party — food, friends, and watching NFL football. It soon devolved into senseless tragedy.


“He’s a very good kid. They are good members of the family. They are not involved in any gangs or nothing.” — Neejkhov Xiong, uncle of homicide victim Kou Xiong
According to police, two gunmen wielding pistols entered through an unlocked side gate. They opened fire on the 16 men in the backyard, striking 10. Four, including Xiong, died.
Bullets also took the life of three well-known musical artists in the Hmong community: 31-year old Phia Vang (called Jay according a family friend), 40-year old Kalaxang Thao, and 23-year old Xy Lee.
As per Hmong custom, the family will mourn for three days and three nights.
The gunmen remain at large.
Police and family continued to search for a motive.

Family Searches for Reason for Shootings

Neejkhov Xiong, the uncle of Kou Xiong, was not at the party during the shooting. He rushed to his brother’s house when he found out, but could not get through because of the police investigation.
“He’s a very good kid,” Xiong said of his nephew. “They are good members of the family. They are not involved in any gangs or nothing.”
Xiong said his nephew immigrated to American from Thailand in 1994. He said his brother’s family is trying to cope with the pain and heartbreak.
“Everybody is so sad. We can’t do anything,” Xiong said. “So, we are coming here trying to clean up the house.”
The only reason the elder Xiong could come up with for the shootings was a case of mistaken identity.
“Whoever the bad guys are, whoever is coming and shooting …. they might (have) picked the wrong house,” Xiong said. 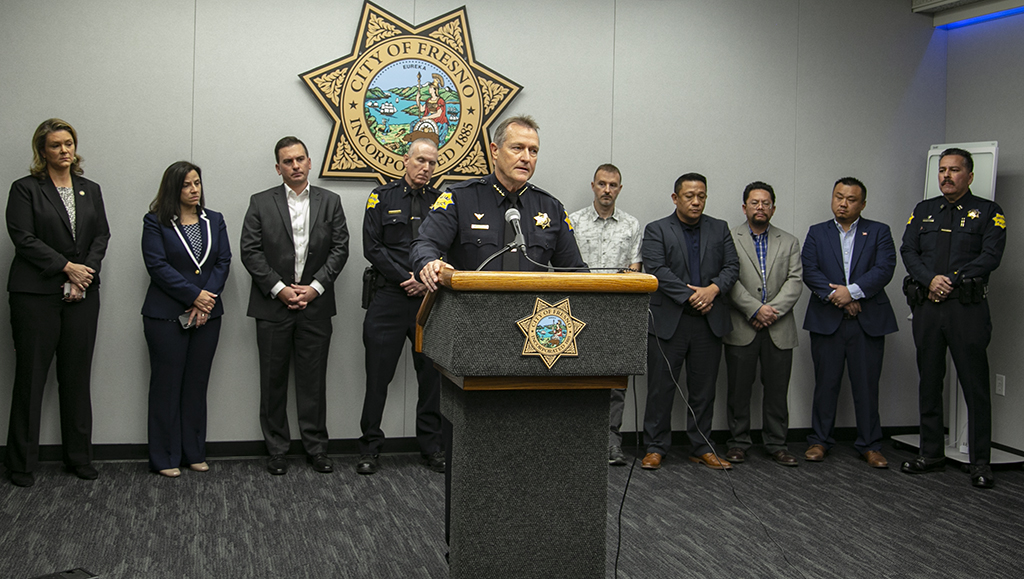 Fresno Police Chief Andrew Hall said his department is still investigating a motive, but said it was not a random act.
“It appears this was a targeted act of violence against this residence,” Hall said at a Monday news conference.
Hall said the party’s attendees are all cooperating, and it does not appear anyone is involved in gang activity.
“They were truly a good group of people, just having a party,” Hall said.
However, Hall said some at the party were involved in a “disturbance” earlier in the week. Although he did not reveal what that disturbance was, Hall said it did not appear to be connected to another homicide, earlier on Sunday, of Randy Xiong near Dwight and Sixth avenues. But, Hall wouldn’t definitively rule that out either. He also said there did not appear to be a connection to any online threats or the fame of Lee.
Hall said there was no other weapon at the house, save a non-functioning firearm inside that was not used.
Vu Xiong said through a translator that the two suspects came in the backyard, shook hands, then opened fire.
“They are not gang-related. They never harmed anybody, or say any bad things about anybody,” Vu said. 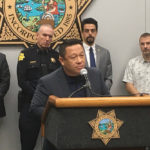 Hall called the area where the shooting took place, near Peach and Olive avenues, a quiet working-class neighborhood.
According to community activist and Hmong TV personality Paula Yang, this is not the first time violence touched the neighborhood. She mentioned three recent incidents in the last few days.
“This is very bad for us. We need more policing in our area,” Yang said. “They (the victims) are good and decent people. They won’t go to a place that is gang-related.”
Valley Crime Stoppers is offering a $5,000 cash reward leading to an arrest in the homicides.

Several politicians discussed the need for gun control Monday in relation to the Fresno shooting.
Congressman Jim Costa (D-Fresno), who represents the area, said in a news release:
“Our thoughts and prayers are with the victims and their families, but as a community and a country, thoughts and prayers are not enough! We have passed meaningful bipartisan gun safety legislation this year in Congress that Sen Mitch McConnell refuses to bring up in the Senate. That legislation, combined with state and local efforts, would help make a difference. This plague of gun violence in our country, as we continue to witness, knows no boundaries. We must come together to bring rational and practical solutions to support our local communities throughout our nation,” Costa wrote.
He also spoke on the House floor today.

In response to the shooting that took the lives of 4 people in my district overnight, I spoke on the House floor about the need to address the issue of gun safety. Thoughts and prayers are not enough! This constant threat to public safety is unacceptable. pic.twitter.com/KtgRDIMOP0

“I’m sickened to once again wake up to news of a mass shooting. My heart goes out to the community of Fresno, the first responders on the scene, and the victims’ families,” U.S. Senator and presidential candidate Kamala Harris (D-California) wrote on Twitter. “We can’t go on with the status quo. You should be able to feel safe in your own backyard.”

I’m sickened to once again wake up to news of a mass shooting.

My heart goes out to the community of Fresno, the first responders on the scene, and the victims’ families.
We can’t go on with the status quo. You should be able to feel safe in your own backyard.
— Kamala Harris (@KamalaHarris) November 18, 2019

For Hall, his focus is on solving the crime.
“We have a grieving community and we have an ongoing homicide investigation,” Hall said. “At this point, I’m not going to comment on any politics or political issues involving guns. I’ll leave that up to the politicians, who I’m sure will follow.”