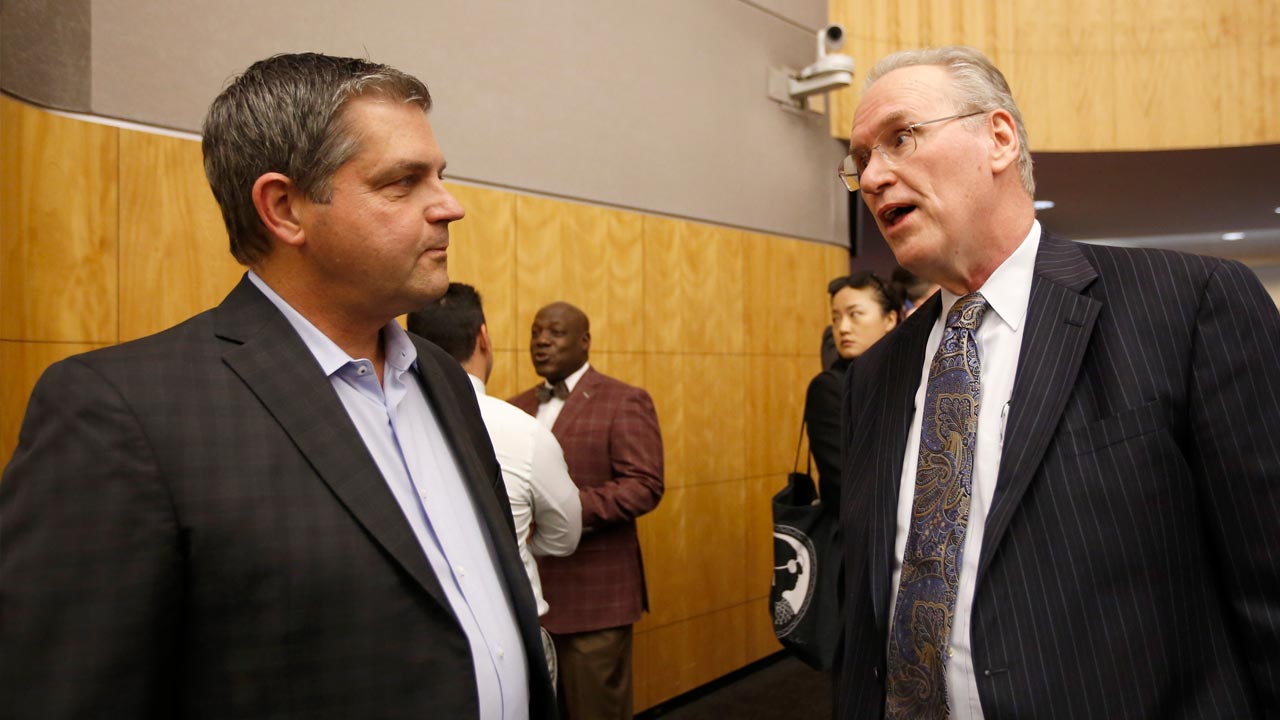 SACRAMENTO — The head of Pacific Gas & Electric Corp. has told a California legislative committee that the utility became complacent about power shutdowns after successfully completing a few smaller ones.
Utility CEO Bill Johnson made the comments Monday in testimony before a California legislative committee that also detailed a series of major shutdowns in recent weeks that left millions of people without power.
The shutdowns came during dry, windy conditions to prevent the types of catastrophic wildfires that have plagued the state in recent years.
Johnson told the panel that the smaller shutdowns persuaded company officials they “had figured it out.”
State Sen. Bill Dodd told Johnson the company’s handling of the large shutoffs has been “a big ‘screw you’ to your customers” and had created “a real trust issue” with the company.

The hearing came as PG&E plans another deliberate blackout this week to prevent strong winds from toppling its power lines and igniting blazes.
Lawmakers have repeatedly criticized the bankrupt company for leaving millions of people in the dark for days at a time during dry, windy weather last month.
Johnson has defended the company’s actions as “well planned and executed,” arguing the power shutoffs have saved lives during the lengthy wildfire season.
In a statement, Johnson said that the shutoffs were “the right call in terms of safety and reduction of fire risk. I also believe that there were elements of the process that did not work well, and the criticism is deserved.” He said the company wants to improve the process and welcomes outside review.
Lawmakers were very critical of PG&E in opening statements Monday, with Sen. Scott Wiener saying, “We are in a state of emergency.”
“This company, in my mind, has forfeited it’s right to operate as an investor-owned utility,” the San Francisco Democrat said.

The latest planned blackout is expected to affect 660,000 people throughout Northern California, including the San Francisco suburbs, Sierra Nevada foothills and wine country.
PG&E is trying to emerge from bankruptcy after its equipment sparked the most devastating wildfire in California history last year, destroying roughly 19,000 buildings and killing 85 people. The company filed for bankruptcy in January after facing potential damages of up to $30 billion.
Preemptive power shutoffs are not new to California, but the scope of those by PG&E this year have been unprecedented. The company has more than 5 million customers in Northern California, including the San Francisco Bay Area and Silicon Valley. It operates about 125,000 miles (200,000 kilometers) of power lines, including many in dry, dense forests that act as fuel for fires.
Lawmakers have set a June 30 deadline for PG&E to emerge from bankruptcy or else forfeit participation in a fund designed to help cover damages from future wildfires. But negotiations have bogged down as shareholders and creditors battle in bankruptcy court over the future of the company.
A federal bankruptcy judge has appointed a mediator to try to resolve the case. But Democratic Gov. Gavin Newsom has threatened to intervene if the company can’t reach an agreement by June 30, including a potential state takeover.

One Victim's Family Tries to Scrub Away the Horror