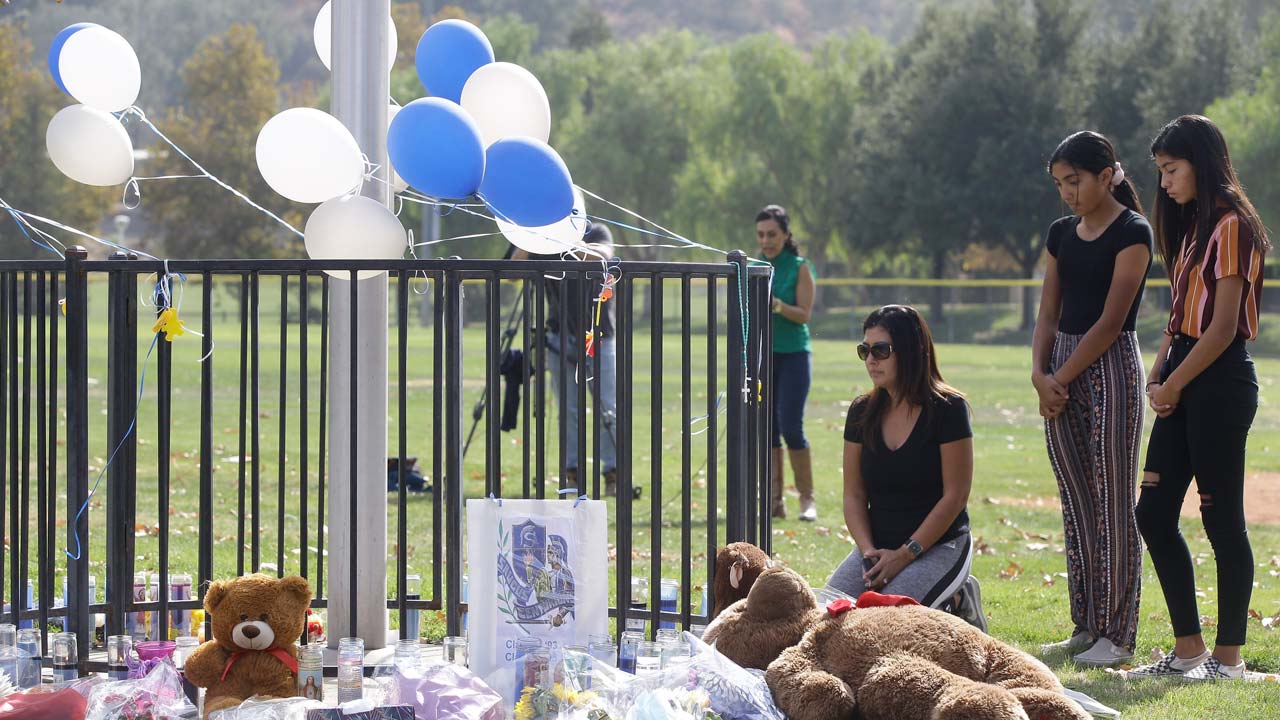 Understandably, we will hear a call to action in response to the shooting that left two young people dead at Saugus High School.
One political tribe will extend its thoughts and prayers and the other will demand sensible gun control. In a matter of days, the rhetoric and, sadly, the memory of the event, will slip from the headlines. At least until it happens again. Vern Pierson
Opinion
The problem of mass shootings is not simple. An actual solution will not be simple either, but we can mitigate the threat by analyzing the commonality in mass shooters.

Consider that most elected officials and every corporation of consequence is protected by the employment of multidisciplinary teams trained in threat assessment.
These teams analyze behaviors such as threats posted on social media or those conveyed to third parties. These teams rely not on political talking points, but on scientifically validated behavioral analysis. Yet inexplicably, in most jurisdictions, our children are not protected by this approach. This needs to change.
Criminologists Jillian Peterson and James Densley have been seeking data-driven prevention strategies.
Their research has looked at all mass shootings involving four or more deaths since 1966, and all shootings in workplaces, schools, and places of worship shootings since 1999. Their data reveal four commonalities among perpetrators of these mass shooters:

These actors and their narrative, be it INCEL, white nationalism, religious extremism or ideology, should be viewed as pieces of a larger puzzle.
Similarly, the Secret Service National Threat Assessment Center released its 2019 annual report this month analyzing mass shooters for commonality. The findings showed that two-thirds had a history of mental health symptoms, including depression, suicidal tendencies or psychosis.

Must Examine Commonality Among Attackers

Nearly all had a significant life stressor within five years and made threatening communications. Three-fourths elicited concern from others prior to the attack. Research by the FBI finds the same commonalities.
Despite this, the media and many politicians seem to view each mass shooter as unique. They are not. Their focus ignores the commonalities and instead centers on the identification of the individual’s motive.
These actors and their narrative, be it INCEL, white nationalism, religious extremism or ideology, should be viewed as pieces of a larger puzzle. Rather than staring at the individual actor trying to understand him, we need to examine them in the broader context for commonality with other attackers.
The Secret Service National Threat Assessment Center, the FBI, and criminologists such as Peterson and Densely know that we can save lives by identifying and managing threats in a coordinated, behavior focused, multi-disciplinary approach.
The science informs us that regardless of the narrative or motive, in nearly every instance other persons knew some details of a planned attack.


The crisis of mass shootings and school shootings is complex. But there also are common threads. Our solutions should be grounded in science not hyperbole.
We need a coordinated system of information gathering, including anonymous reporting, as well as public awareness of the need to say something when people become aware of concerning behavior.

Every regional jurisdiction must possess a multidisciplinary threat management plan to analyze concerning behaviors. These teams must use behavior driven standardized criteria based on science. Recognizing the commonality with childhood trauma, these teams must make certain that children receive evidence based services.
Some ideas put forward by Peterson and Densely to prevent future mass shootings: potential shooting sites can be made less accessible with visible security measures such as metal detectors and police officers.
They suggest weapons need to be better controlled, through age restrictions, permit-to-purchase licensing, universal background checks, safe storage campaigns and red-flag laws, measures that help control firearm access for vulnerable individuals or people in crisis.
Peterson and Densely also suggest that we try to make it more difficult for potential perpetrators to find validation for their planned actions by pointing to media campaigns like #nonotoriety which seeks to starve perpetrators of the oxygen of publicity and by looking at how we consume, produce, and distribute violent content on media and social media.
The crisis of mass shootings and school shootings is complex. But there also are common threads. Our solutions should be grounded in science not hyperbole.
____
Vern Pierson is El Dorado County District Attorney, and a board member of the California District Attorneys Association, vern.pierson@edcgov.us. He wrote this commentary for CalMatters, a public interest journalism venture committed to explaining how California’s Capitol works and why it matters. For his past commentaries for CalMatters, please click here, here and here