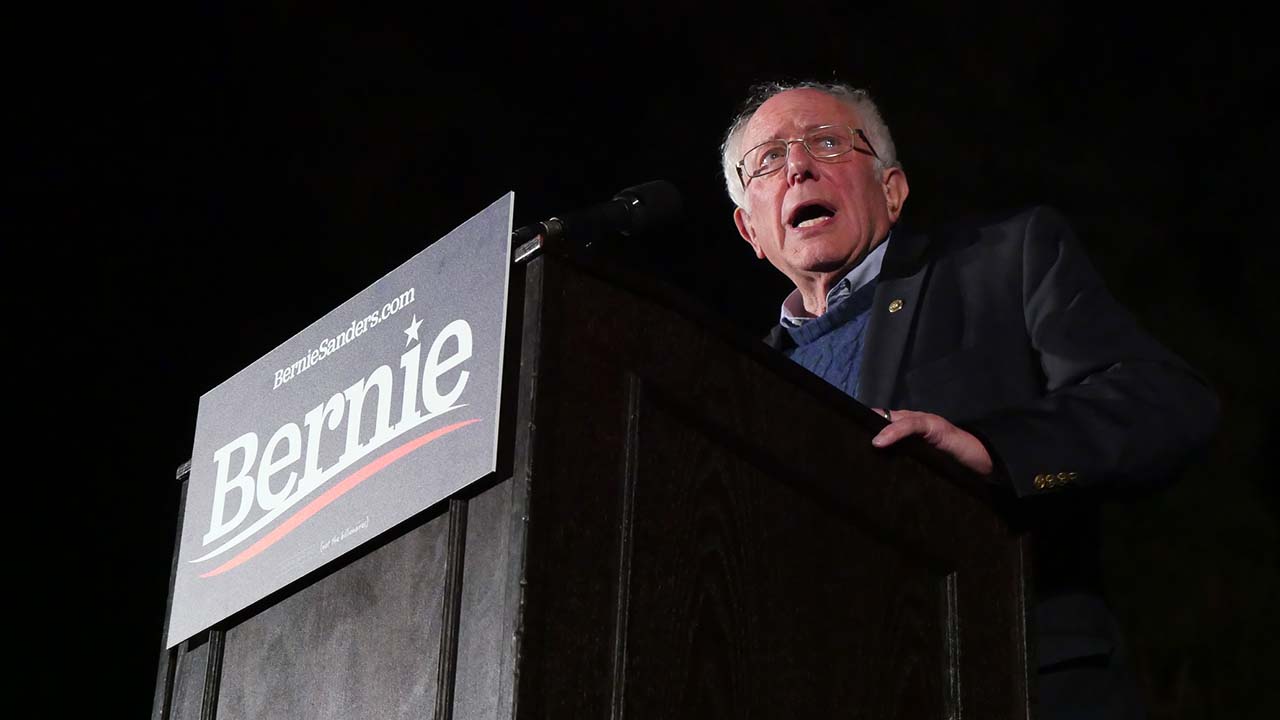 In his second day of a California weekend swing, Democratic presidential candidate Bernie Sanders stopped at Fresno City College, hitting the high notes of his populist campaign.
The U.S. Senator from Vermont attacked President Donald Trump.
“We must defeat the most dangerous president in the history of this country,” Sanders said.
He then went on a barrage of insults against Trump, calling him a bigot, racist, xenophobe, homophobe and many other -phobes, much to the crowd’s delight.
Sanders’ staff estimated the crowd at 2,700.

A Variety of Campaign Topics

After leading off with Trump, Sanders told the crowd about many of his ideas to “transform this country” in his 35-minute speech.
Among his ideas — holding billionaires accountable, noting they will pay their fair share. He talked about a $15 an hour minimum wage, a first-class education system, and the right to join unions.
He also vowed to make higher education tuition free and cancel student debt. It would be paid for a “modest tax on Wall Street speculation.” Sanders did not offer any specifics.
Sanders criticized the country’s health care system, calling it a disgrace.
“Health care is a human right, not a privilege,” Sanders said. He advocated for his Medicare for All single payer plan.
Sanders then delved into the Green New Deal and climate change, the official theme of the evening’s speech.
“Climate change is real. It is caused by human activity. It is already causing devastating problems all over the world,” Sanders aid.
His solution is to invest a trillion dollars in infrastructure, especially for clean water — an issue pertinent in the Central Valley.
Other topics discussed included criminal justice reform, nationwide legalization of marijuana, women’s rights, LGBT rights, and comprehensive immigration reform.
“I ask you to join the political revolution. I ask you to defeat Trump. I ask you to transform this country so that we have an economy and a government that work for all of us, not just wealthy campaign contributors,” Sanders said in in conclusion.

Security was high for Sanders’ visit. Despite the event being in a public portion of campus, rallygoers had to pass through metal detectors. Barricades sealed off the Veterans Memorial Peace Lawn, with campaign handlers ushering out people who didn’t belong in certain sections, like the press pen, and areas designated for invited guests.
When Sanders arrived, he walked into the cafeteria building, greeted by FCC president Carole Goldsmith. She presented him with FCC gear, which she tells GV Wire she paid for out of her own pocket.
Goldsmith, in her brief chat with Sanders, talked about the quality of education FCC provides, and its funding problems at the state level. Sanders became the third presidential candidate to visit Fresno during this election cycle. Julián Castro spoke at the Fresno County Democratic Party dinner in May. Pete Buttigieg visited in June.
Originally scheduled to speak in October, Sanders had to cancel his initial appearance after suffering a heart attack. He returned to the campaign trail a short time later. No Short-Term Fix for Challenges in California Pot Market