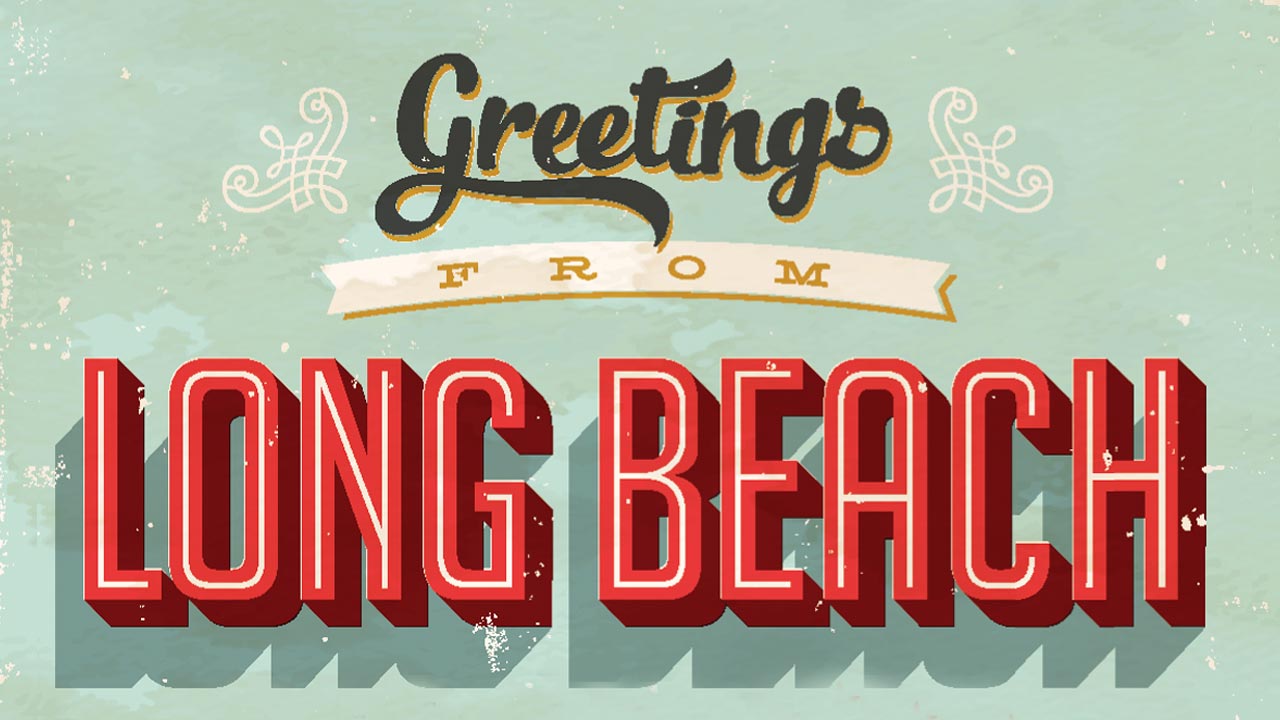 Share with friends
Like Comic-Con for progressive political nerds and consultants, the California Democratic Party’s biannual convention — one of the year’s largest gathering of like-minded partisans — will kick off in Long Beach this weekend with an estimated 5,000 attendees.
Some will be coming to snap selfies with presidential candidates, although for all the predictions of this state’s enhanced role in selecting the party’s nominee, neither of the frontrunner White House challengers will be there.

Ben Christopher
CalMatters
Other rank-and-file Dems will come to network, or make merry with their fellow activists. A select few will arrive to do battle in pursuit of the party’s coveted endorsement for legislative and congressional seats — important because party money and door-knockers are at stake.
Most of the happenings inside the Long Beach Convention Center — a mix of campaign spectacle and byzantine party deliberations — aren’t likely to mean much for the average Californian. But a few developments may have consequences for the presidential primary and other down-ballot races in the March 3 statewide election.
A few things to note:

Which Presidential Candidates Will — And Won’t — Be at the Convention

If past conventions are anything to go by, the Democratic presidential contenders will be the main attraction. Most of the candidates you’ve heard of (and a few you might not have) are scheduled to make an appearance, with eight of the top contenders taking part in a nationally televised forum on Univision. But there are two notable, poll-topping exceptions.
Former Vice President Joe Biden, still the national frontrunner according to most national surveys, won’t be making the trip out west. That’s not much of a surprise to those who have followed the state party’s most recent get-togethers. At the last state Democratic convention in San Francisco (which Biden also skipped), two candidates were booed for questioning the wisdom of single-payer health insurance, a position the former vice president also takes. California Democratic delegates also favored Kevin de León in his left-flank challenge to Sen. Dianne Feinstein last year, so Biden would hardly be guaranteed a warm welcome. As one Biden ally told Politico, “we’re not stupid.”
Warren’s absence is a bigger puzzler. The Massachusetts senator has been leading in most recent statewide polls, she only just opened a new office and hired a slew of in-state staffers, and her speeches at recent conventions and party meetings in California have been warmly received. Her campaign declined to offer an explanation for the decision.
But Bob Mulholland, a Democratic National Committee member from California, said he wasn’t surprised, explaining that it was probably just a question of priorities.
“The biggest impact will be what happens in the first four February elections,” he said. Iowa, New Hampshire, Nevada and South Carolina will hold their primaries or caucuses before Democrats in California (and 13 other states) get their turn on March 3.
If a candidate doesn’t do well in those states, “it doesn’t matter how many offices they have in California. They’re all going to have for rent signs on them,” he said.
Don’t tell Rusty Hicks, the party’s designated chair.
“You should reconsider your misguided decision to publicly snub California’s Democrats & Latino Voters across the nation,” he tweeted at Biden and Warren last week.
Marianne Williamson, John Delaney and Joe Sestak won’t be making it onto Univision on Saturday, but they will be delivering speeches to the assembled delegates earlier in the day.
As for late-comers Michael Bloomberg, the former New York mayor who filed this week to run in at least two state primaries, and Deval Patrick, the former Massachusetts governor who just signaled his late entry into the presidential sweepstakes?
“They’re not on the agenda,” said party spokesperson Roger Salazar.
Neither, for that matter, is the top Democrat in the state—not in person anyway. While Gov. Gavin Newsom will be passing through Long Beach on Friday, he has other plans for the following day and will be leaving a video recording behind in lieu of the customary speech.

The Top Eight on TV

On Saturday night, Univision’s national anchors Jorge Ramos and Ilia Calderon and its Los Angeles-based reporter Leon Krauze will grill eight of the Democratic presidential candidates on national television. Univision and the state Democratic Party sent initial invitation to the top eight candidates based on an average of state and national polls: Biden, Warren, South Bend, Ind. mayor Pete Buttigieg, former Housing and Urban Development Secretary Julián Castro, California Sen. Kamala Harris, Vermont Sen. Bernie Sanders, businessman Andrew Yang and former Texas Rep. Beto O’Rourke.
But with Warren and Biden declining to come and O’Rourke dropping out of the race, the state party and Univision fetched the next three candidates from the list: New Jersey Sen. Cory Booker, Minnesota Sen. Amy Klobuchar and Tom Steyer, a former hedge fund manager and California-based activist.
Univision isn’t saying much about what will be discussed, but Salazar said it isn’t likely to be focused on state issues.
“This will be broadcasting to a national audience,” he said. “They want it to be a more robust conversation.”

Outside the Convention Center

For candidates, party conventions are an opportunity to rub shoulders with delegates and local elected leaders and maybe make some national news with a televised quip. But for those flying in from Iowa or New Hampshire, Long Beach may be one stop on a long west coast road trip.
Sanders will be holding rallies in Oakland, Fresno and east Los Angeles (the last with the band Ozomatli) before landing in Long Beach in time to be on Univision. The next day, he, Buttigieg, Castro, Harris and Steyer will head to Cal State-Los Angeles for another televised forum, this one specifically about “Latino issues.”
And then there are the (often boozy) side events near the convention itself. Harris, who joked in September that she is moving to Iowa until the caucuses there, will nonetheless be making a homecoming splash on Friday night. The event, hosted by the LGBTQ rights organization Equality California, will take place at Hamburger Mary’s a few blocks from the convention. The event: “Dems, Drinks and Drag Queens.”

A key purpose of the convention will be taking place in the smaller rooms off the arena floor: legislative and congressional endorsements.
The process by which a candidate secures the official backing of the state’s party is long, complex and occasionally marred by tweeted accusations of harassment and intimidation. With relatively few open seats in 2020, insiders say things aren’t likely to get too heated this time around. But candidates in eight races will be fighting to the bitter end in Long Beach.
In some cases, the battle will pit progressives against moderates.
Take state Sen. Steve Glazer, an incumbent from Orinda who is among the most moderate in his caucus and who regularly opposes the political efforts of organized labor in Sacramento. Last October, Glazer opponent Marisol Rubio, a more progressive Democratic party activist, mounted a successful challenge to what would otherwise be a pro forma endorsement of an incumbent lawmaker. If Rubio is successful in blocking the endorsement outright on Saturday, that would deny Glazer the imprimatur of his own party.
Significantly, it could also cost Glazer financially. The Democratic caucus in the Senate typically throws money and volunteers at incumbents and other party-backed candidates in competitive seats. But without an endorsement, the caucus is typically loath to pick sides in a spat between fellow Democrats.
Other endorsement standoffs this weekend are less about ideology and more about experience.
In the race to replace retiring U.S. Rep. Susan Davis of San Diego, Sara Jacobs, a millennial ex-Clinton campaign staffer who ran for a congressional seat up the coast last year, is competing against San Diego City Council president Georgette Gomez.
The two see eye-to-eye on policy. Their resumes are what make the difference. Jacobs, the granddaughter of billionaire Qualcomm co-founder Irwin Jacobs, is a member of the “class of 2016,” the batch of political neophytes inspired to run for office after the surprise victory of President Donald Trump. Gomez has climbed the political ladder the old-fashioned way.
Ditto in the race to unseat Orange County GOP state Sen. John Moorlach. UC Irvine Law professor Dave Min, who like Jacobs has never held political office and unsuccessfully ran for Congress last year, is pitted against Costa Mesa Mayor Katrina Foley for the endorsement.
In a crowded, down-ballot contest where the average voter might have a hard time distinguishing one candidate from the other, the endorsement can count for quite a lot. According to one study in California, party-backed candidates performed between 6 and 15 percentage points better in a subsequent primary.
But there are exceptions. After a particularly vicious endorsement battle last year, Min won the backing of the state party, but still lost to Katie Porter, now a member of a Congress.

CalMatters.org is a nonprofit, nonpartisan media venture explaining California policies and politics.
Related Topics:
Up Next