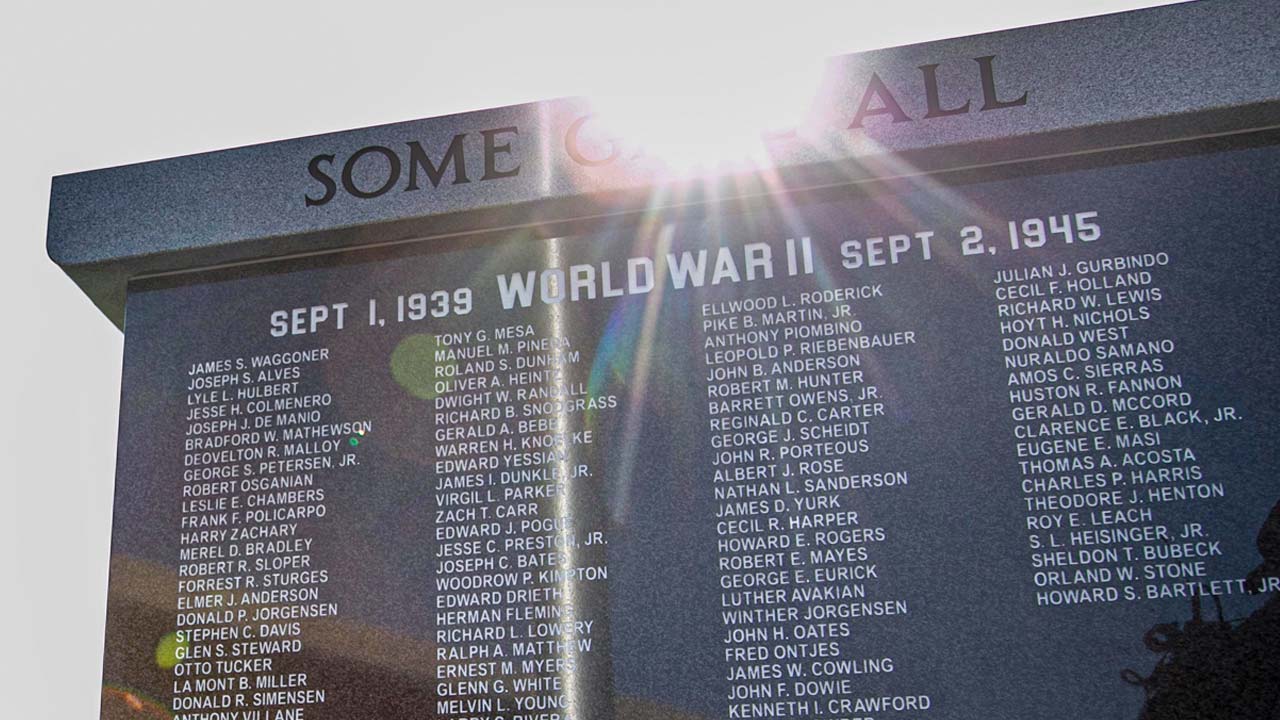 Veterans, families and community leaders joined together Friday to dedicate a permanent memorial to honor veterans at Fresno City Hall.
The three panel granite monument lists the names of 464 U.S. service members from Fresno who died in conflicts dating back to WWI. It is prominently located on the front courtyard along P Street, adjacent to City Hall’s three flag poles.
The monument’s inscription dedicates the memorial “to the Fresno veterans who served with honor and gave the ultimate sacrifice.”

City Councilman Garry Bredefeld, a Navy veteran, spearheaded the effort to create the memorial. Private donors contributed the estimated $80,000 in funds needed to complete it.
“People love veterans and they recognize the sacrifice of our veterans,” Bredefeld said. “So, this was easy. It was just making sure we did it right.”

“Remembering Our Fallen” a traveling photo memorial of California’s fallen service members, is on display on the second and third floors of City Hall through Friday, Nov. 15.
City Hall will be open on Veterans Day from 9:30 a.m. to 1:30 p.m. for the public to come in and view the exhibit.
Bredefeld and Mayor Lee Brand sponsored the exhibit.
Video by GV Wire Producer Jamie Ouverson