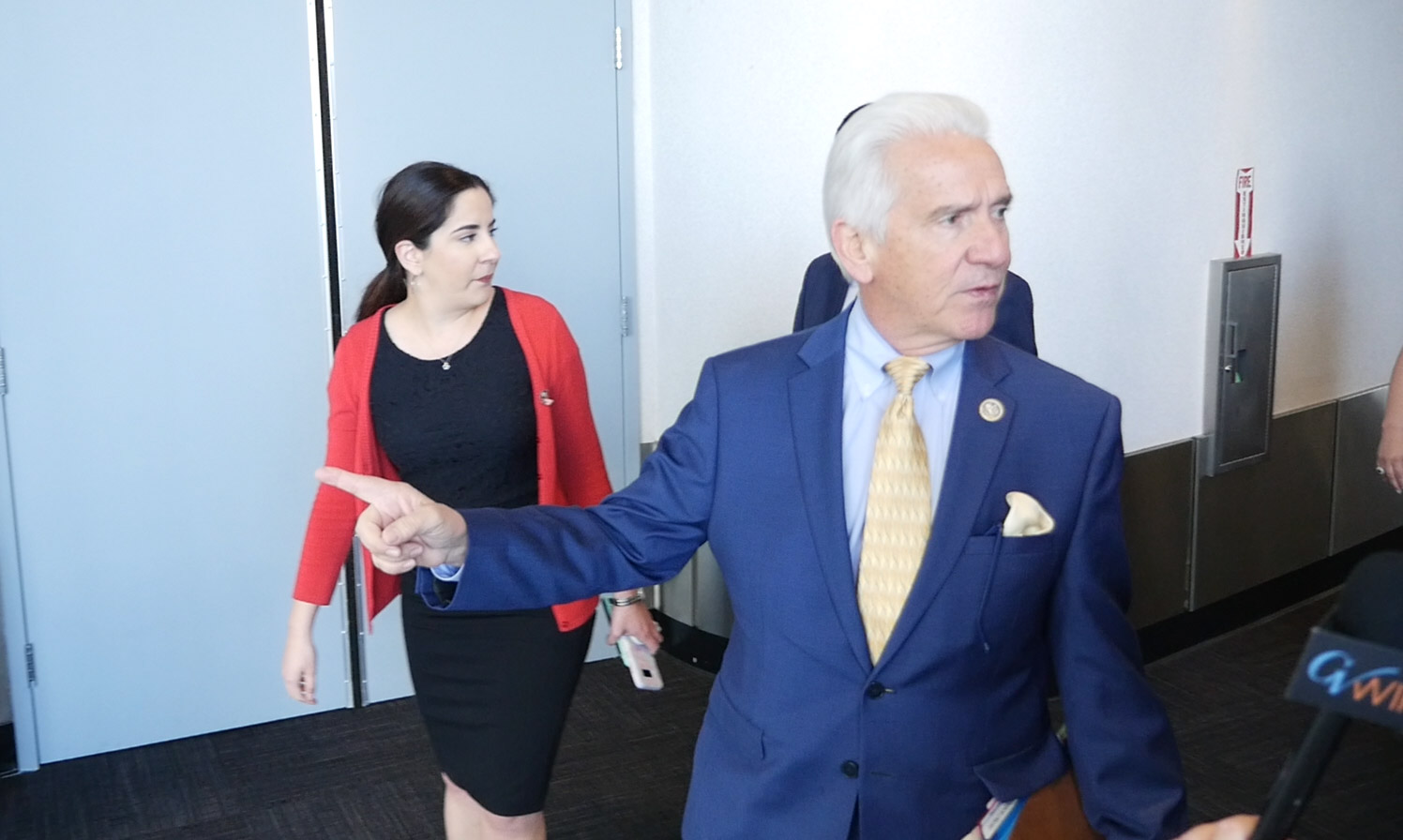 Congressman Jim Costa (D-Fresno) says allegations of quid pro quo against President Donald Trump could be grounds for impeachment.
“I think that anytime a President of the United States takes an action in which it’s contrary to the bipartisan efforts of the nation, in which they are asking for something that is not in the nation’s interest, but in their own personal interest, I think that can be an impeachable offense,” Costa said Thursday.

Gov. Gavin Newsom will deliver the keynote speech to the summit on Friday. However, he is scheduled to appear at a Costa fundraiser tonight, at a private home in the Fresno area.
“I’ve been saying all along, I have the support of the entire Democratic establishment. Period,” Costa said, referring to his support from Newsom, Lt. Gov. Eleni Kounalakis, Attorney General Xavier Becerra, and others. “We’re friends. We have relationships.”
Costa, running for his ninth term in office, is facing a challenge to his left from fellow Democrat and Fresno councilwoman Esmeralda Soria.
As part of her campaign, Soria said Costa is out of touch with Valley residents. She also vowed not to accept corporate political donations.
Two others have announced runs for the 16th congressional district: Democrat Kim Williams of Merced, and Republican Kevin Cookingham of Fresno County.

Will It Be December Before Fresno Has Rain?