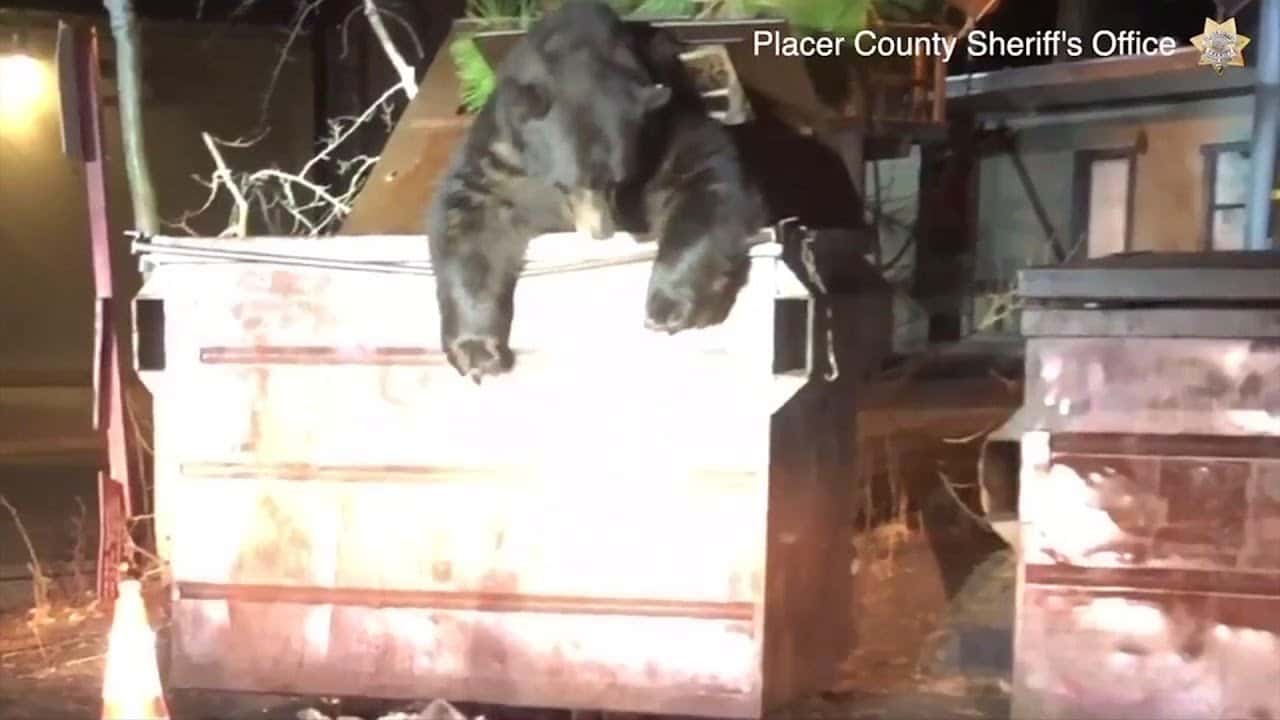 KINGS BEACH — Sheriff’s deputies in Northern California have helped a massive dumpster-diving bear get out of a sticky situation.
Placer County sheriff’s deputies found the bear trapped Monday in a locked trash bin in Kings Beach, on Lake Tahoe’s northern shore.
Video the agency posted to Facebook shows a deputy shining a flashlight on the dumpster and the bear suddenly popping its head out. As the startled deputy jumps back, others laugh and say “whoa!”
They recognize it as the bear they’ve dubbed “T-Shirt” for a patch of white fur on its chest. The agency says the animal has had run-ins with deputies before.
They unlock the dumpster from a distance and fling open one of the doors. The bear is stuck in a smaller opening in the top of one of the doors, but eventually drops down, pushes it open and lumbers out.

Time to Feed the D.O.G.! Fresno State's Day of Giving Is Here.