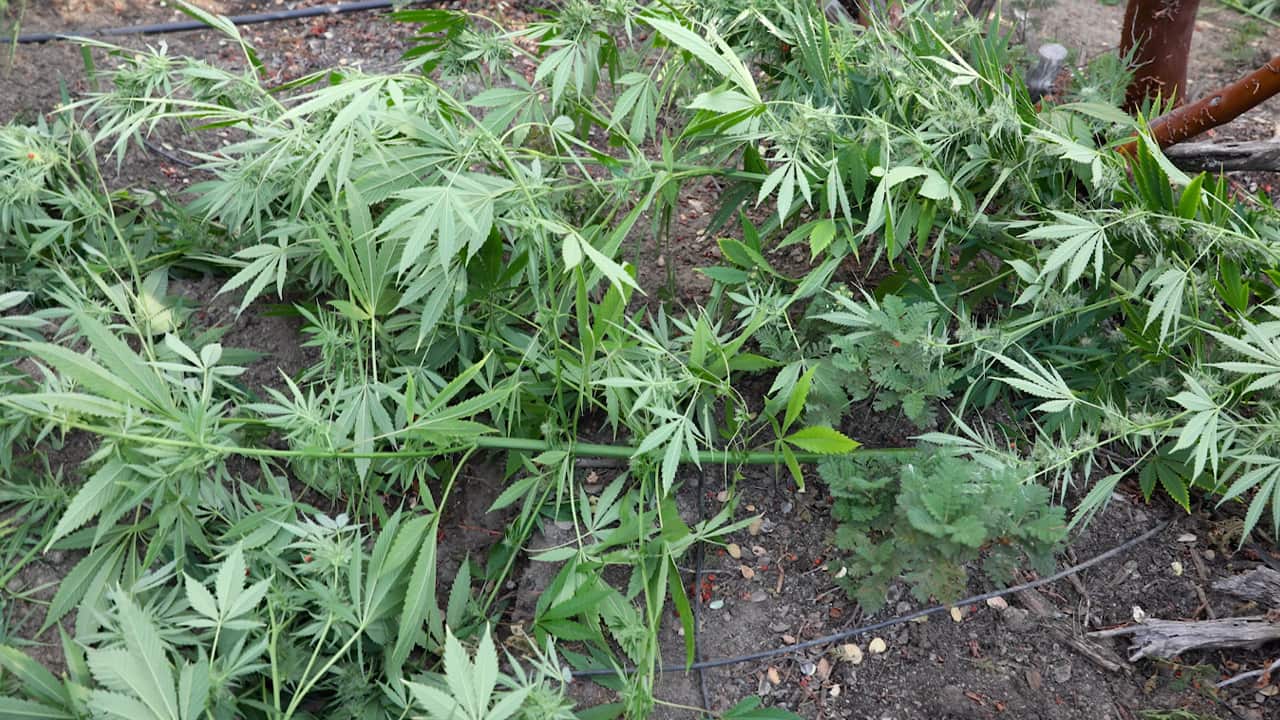 
“Folks are going to grow this stuff because you can make money.” — Attorney General Xavier Becerra
The raids netted more than 950,000 plants from nearly 350 growing operation sites this year through the “Campaign Against Marijuana Planting” program, an effort known as “CAMP” that dates to 1983 and is considered the nation’s largest illegal marijuana eradication program.
California Attorney General Xavier Becerra said nearly 150 people were arrested statewide and 168 weapons were seized during the execution of more than 120 search warrants. The state partners with local and federal agencies, including the Drug Enforcement Administration, to target growing operations on public lands.
Officials said they encountered sophisticated growing operations that help fuel the state’s large black market, where consumers can avoid steep tax rates by buying in unlicensed dispensaries. (Office of the Attorney General)

The Illegal Grows Harm the State’s Wildlife and Waterways

“Folks are going to grow this stuff because you can make money,” Becerra said Monday at a news conference.
Becerra pointed to the death of Brian Ishmael, a Northern California sheriff’s deputy who was killed last month while responding to a call regarding a reported theft from an illegal marijuana grow in the rural Sierra Nevada foothills, as an example of the dangers that law enforcement faces in combating the issue.
In 2018, officials said they seized more than 614,000 plants from 254 sites during their CAMP operations, when efforts were hampered last year because of the wildfires, said Jack Nelsen, a special agent supervisor with the attorney general’s office.
Authorities could not estimate a street value of the plants seized and based their figures on wholesale prices of $1,600 per plant.
The illegal grows harm the state’s wildlife and waterways, officials said.

Suspects in Slayings Slip into Walls to Flee From Salinas Jail