The No. 1 Issue in the Fresno Mayoral Race Is Fresno PD 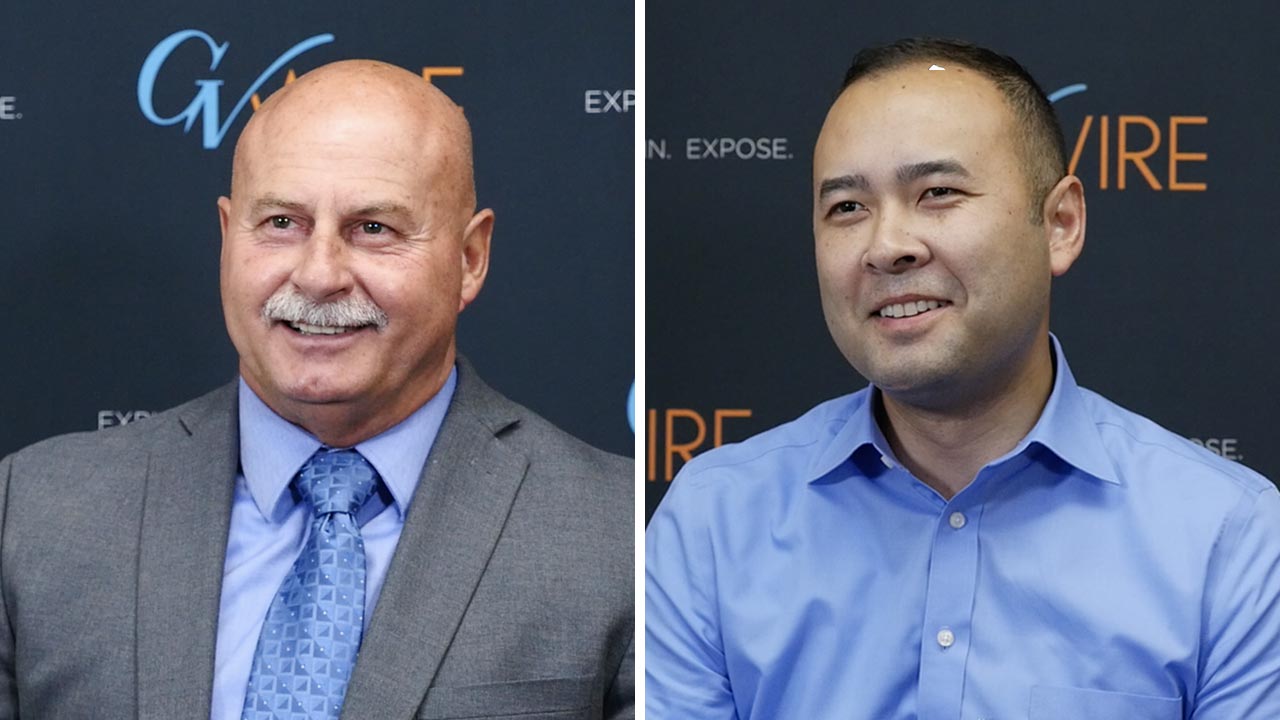 There are many issues and candidate qualities to access in the Fresno mayoral race pitting former police chief Jerry Dyer against Fresno County prosecutor Andrew Janz.
But the No. 1 determinant of who wins will be how a majority of voters view the Fresno Police Department and who they want selecting the next police chief.

I know, Brand says he’ll pick the next chief sometime next year.
But the chief serves as the pleasure of the mayor, and both Janz and Dyer have made it clear that the winner of their race is selecting the chief for 2021 and beyond.

Janz Already on the Attack

There’s no separating Dyer from his 40 years as a police officer, the last 18 as chief. He is the front-runner because of his long service and high media profile. And his case for succeeding Brand is based, in part, on his knowledge of the community and experience running a large department with a big budget.
Janz, however, said in their first public mayoral debate Oct. 19 at St. Paul Methodist Church that Dyer’s record as police chief is why Dyer shouldn’t be mayor. Janz cited the $17.7 million the city has paid to close claims against the police from 2010 through last month — a total revealed by the reporting of ABC30’s Corin Hoggard.
That money, Janz said, could have been used to reduce homelessness, repair streets, and maintain parks. He also pointed out that the department, under Dyer, had been sued for discrimination several times. And Janz said that he “whole-heartedly” supports creating an independent citizens police review board.

Dyer defended his record as chief, saying that payouts for claims against the police department were in line with other large California cities and, in some cases, lower than Fresno’s peers.

Shooting Video Will Be a Campaign Issue

This back-and-forth came before ABC30’s airing of a video this week showing a Fresno police sergeant shoot a fleeing 16-year-old in the back of the head on April 15, 2017. The youth, who was unarmed, died three days later. He and his brother were sought by police in connection with a shooting the previous day that led to a deadly car crash.
Reviews by Fresno PD, the Fresno County District Attorney’s Office, and the city’s independent police auditor concluded that the officer was justified to use lethal force.


After the votes are tallied from the March 3 ballot, we will find out if Fresno — the birthplace of California’s Three Strikes sentencing law — is satisfied with its police force or wants to move in a different direction.
Others who have seen the video have a different opinion.
“There’s no way that police officer was in fear of his life,” said ABC 30 legal analyst Tony Capozzi, a former supervising assistant U.S. Attorney and president of the State Bar of California. “That’s a justification for the shooting he committed here. Frankly, the killing he did in this particular case. There was no reason for him to shoot that gun. None whatsoever. It makes me angry just to look at this videotape.”

City Hall now must decide whether to settle a lawsuit filed by the boy’s parents or defend the shooting in a civil trial. Meanwhile, the mayoral race moves forward.
After the votes are tallied from the March 3 ballot, we will find out if Fresno — the birthplace of California’s Three Strikes sentencing law — is satisfied with its police force or wants to move in a different direction.