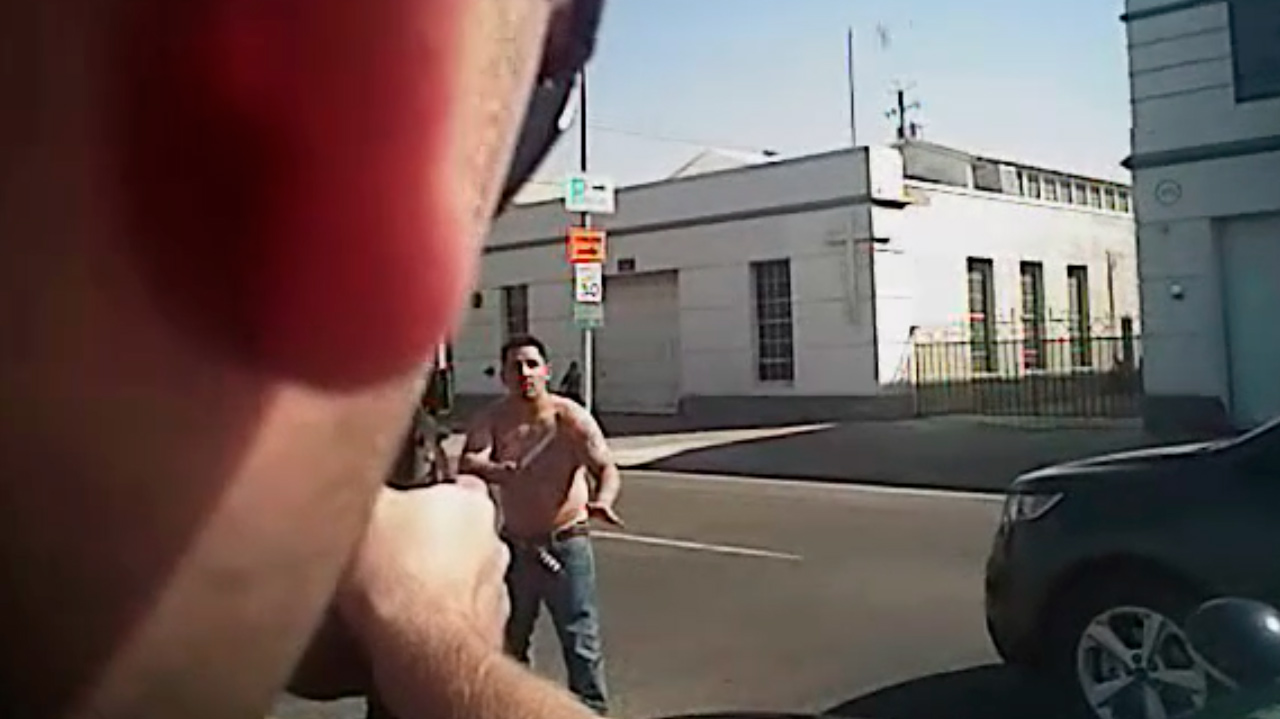 Fresno acting police chief Andy Hall praised his officers for their restraint when arresting a suspect armed with a knife Monday in downtown Fresno.
“I could be standing up here talking about an officer-involved shooting,” Hall told the media at a Tuesday news conference. “The bravery, the professionalism, the restraint of our officers has allowed me to draw attention to this epidemic (of mental illness). I really commend our officers for their restraint.”
Hall, who was sworn in as chief of police Wednesday, spoke about the incident at a news conference arranged by councilman Garry Bredefeld to discuss the homeless issue. 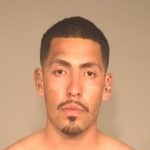 Fresno police arrested  28-year old Arturo Acosta — accused of stabbing two people on the street. A three-minute body-worn camera video released by police showed Acosta surrounded by police on Fresno Street near E Street waving a knife. Police issued several commands for Acosta to drop the knife.
Acosta appeared to stab himself in the stomach, as police used less lethal methods such as a bean bag gun and a BolaWrap to no avail. The suspect also appeared to hold the knife to his own neck. Officers are heard shouting “less lethal” or “Bola” as they deployed their weapons.
When Acosta approached officers, a Taser was deployed, causing Acosta to drop the knife. He was later restrained and arrested.
Police allege Acosta stabbed an elderly woman and a man described as a good Samaritan who attempted to intervene. Both of them were treated for non-life threatening injuries, according to police.
Fresno police say Acosta is a known member of the Pleasant Street Bulldogs gang, recently released on parole for a home-invasion robbery. He is listed as a transient.
You can watch the video by clicking on the image above.