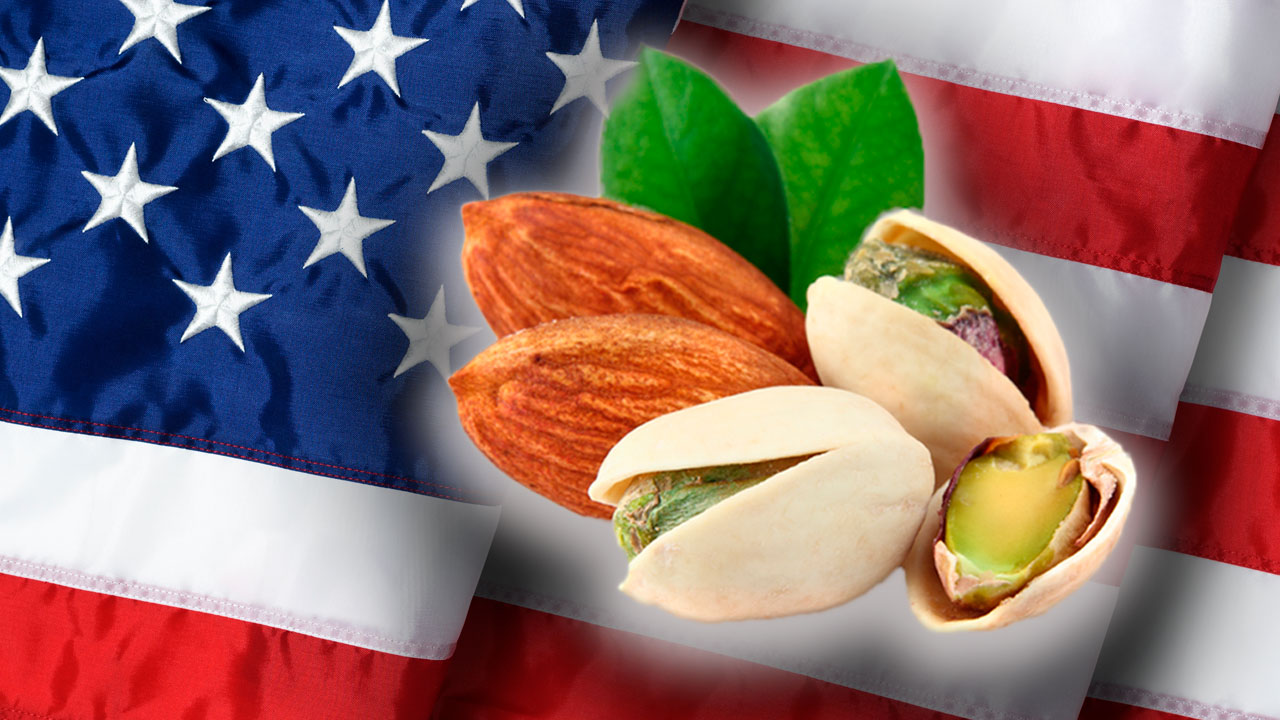 Fresno County is America’s top ag-producing county for the first time since 2013.
The county’s No. 1 status was cemented this week when Tulare County released its report showing $7.21 billion in farm production last year.

“The major takeaway is that we are once again reminded that this region is exceptional when it comes to food production.” — Fresno County Farm Bureau CEO Ryan Jacobsen
Last month, the Fresno County ag report for 2018 put the production of its farmers and ranchers at a record $7.88 billion.
Kern County was second in California and the nation last year with $7.21 billion. It led California and the U.S. in 2016 and 2017.

“While Fresno County jubilantly celebrates regaining the honor as the nation’s number one agricultural county, the major takeaway is that we are once again reminded that this region is exceptional when it comes to food production,” said Fresno County Farm Bureau CEO Ryan Jacobsen in a news release. “California holds almost all of the nation’s top 10 agricultural counties, with the San Joaquin Valley leading the pack.”
In 2018, the county’s Top 10 crops accounted for three-fourths of the total value. Almonds remained the leading ag commodity in Fresno County and accounted for nearly 15% of the total gross value of all crops. Grapes joined almonds as the county’s only billion-dollar crops.

Garlic, Onions, Pistachios on the Rise

Three other crops enabled the county to beat its previous best by nearly $1 billion.
Garlic production tripled in value from $144 million in 2017 to $435 million last year. Onions did likewise, jumping from $128 million to $370 million. And pistachios jumped in value from $517 million to $862 million.
Richard Matoian, of American Pistachio Growers, said that the past five years have seen a big rise in sales of the tasty, healthy nut.
“2018 was our record year for productions for pistachios not only in Fresno County but also in the entire state of California,” Matoian told yourcentralvalley.com. 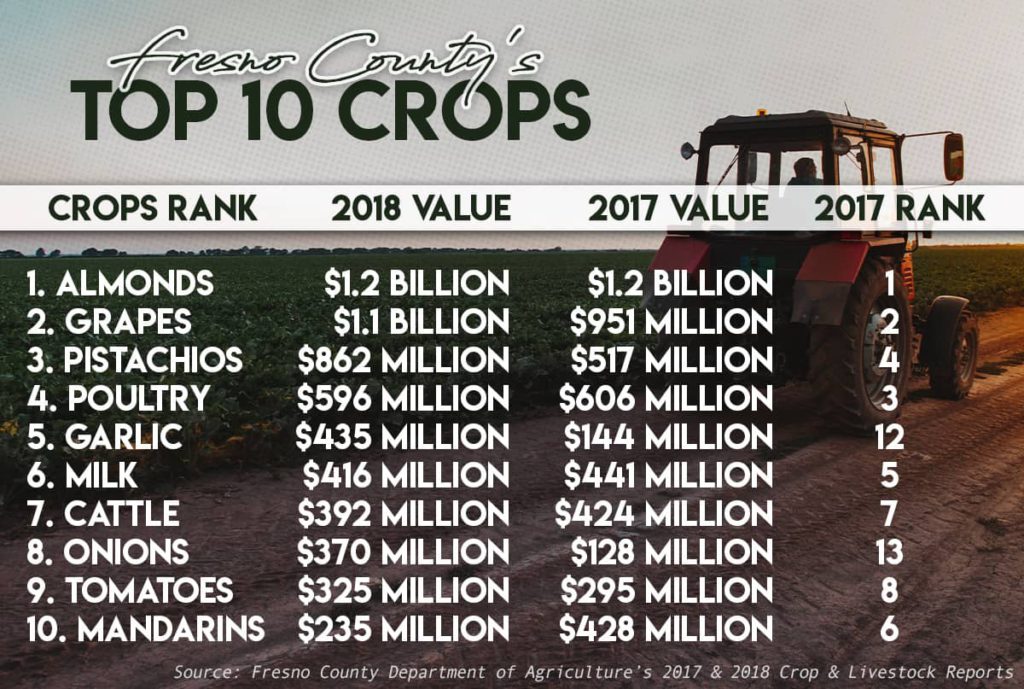 Interestingly, California is the nation’s top ag production state despite having 69,400 farms, which is fewer than seven other states.
According to the U.S. Department of Agriculture, Texas has the most farms (248,000) followed by Missouri (95,000), and Iowa (86,000).
In 2017, Texas farms sold $24.9 billion in agricultural products. That compares to more than $50 billion in sales for California in 2017.