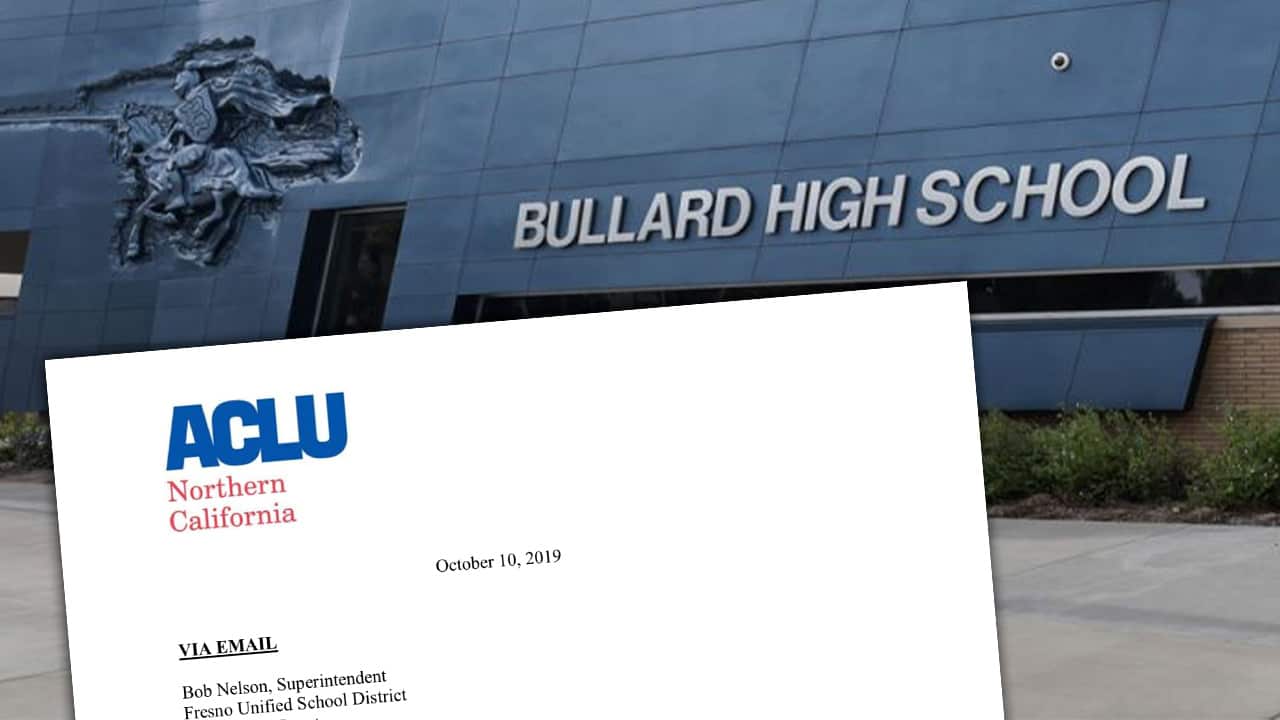 The American Civil Liberties Union alleges in a complaint that Fresno Unified School District allows a racially hostile environment to exist at Bullard High School and failed to protect two black students from bullying, harassment, and retaliation by other students and school staff, in violation of state and district rules and regulations.

Racial tensions at the northwest Fresno high school exploded after several social media posts surfaced showing a white Bullard cheerleader using the n-word while wearing blackface and also without blackface. A video of the cheerleader in blackface went viral, leading to parent and community protests, and a series of meetings. Bullard area trustee Terry Slatic attempted to quench further discussion of the incident and its outcomes by other Bullard cheerleaders, who were unhappy that the white cheerleader remained on the squad.

“It would be premature to comment until the district has had time to fully review (the complaint).” — Fresno Unified spokeswoman Amy Idsvoog
The ACLU complaint identifies its two clients by name and their race. One is a black cheerleader who originally reported the racist video to Bullard school administrators, and the other is another black student. The complaint also names the white cheerleader in the video.
GV Wire is not naming the students, who are all minors.

The complaint alleges that the cheerleader who reported the racist posts was retaliated against because she was the only cheerleader who failed to make the squad for the current school year. She also was harassed and bullied by other students after they became aware that she had reported the video, according to the ACLU. She felt so unsafe that she stopped attending Bullard and is now homeschooled, the complaint said.
Meanwhile, the other student client named in the complaint wants to leave Bullard because of how poorly the district has handled racial hostility, including the blackface incident, and how uncomfortable she feels at Bullard, where she says non-black students regularly use the n-word.

That’s a clear sign of cultural insensitivity, the ACLU said.
“It is important for the district to undergo cultural sensitivity and training specifically rooted in understanding black students to recognize that this word when used by non-black people can have a totally different meaning,” the complaint noted in a footnote.
The complaint also reports that the district may be trying to censor free speech, a First Amendment right, by preventing all students — no matter their race — from saying the n-word “as a remedy for systemic racism.” Parents have reported that trustee Keshia Thomas is involved in that effort, the ACLU complaint said.

According to the ACLU complaint, even a district initiative to improve academic performance of black students is critical of the district’s treatment of black students.
“The district’s African American Acceleration Task Force stated that the environment for black students was in a ‘state of emergency’  well before the videos were made,” the ACLU complaint says. “The Task Force cited district school officials’ negative characterizations of black male students, educators’ discomfort with incorporating African American history and culture into the curriculum, a large achievement gap for black students, and evidence that ‘many educators feel afraid to communicate with African American students and families.’ ”
Academic achievement gaps among Bullard’s subgroups was identified as a shortcoming by a review committee of the Western Association of Schools and Colleges, which gave Bullard a two-year probationary accreditation last year and will revisit the school next May. WASC observers saw that students, primarily those who were black or Hispanic, were allowed to sit in the back of classrooms and not participate in lessons.

The ACLU is recommending that Fresno Unified amend its policies and procedures and institute a series of remedies:

The ACLU wants the district to develop a plan to accomplish these remedies, and then provide quarterly progress reports this year and next, and twice-yearly reports after that until 2026.