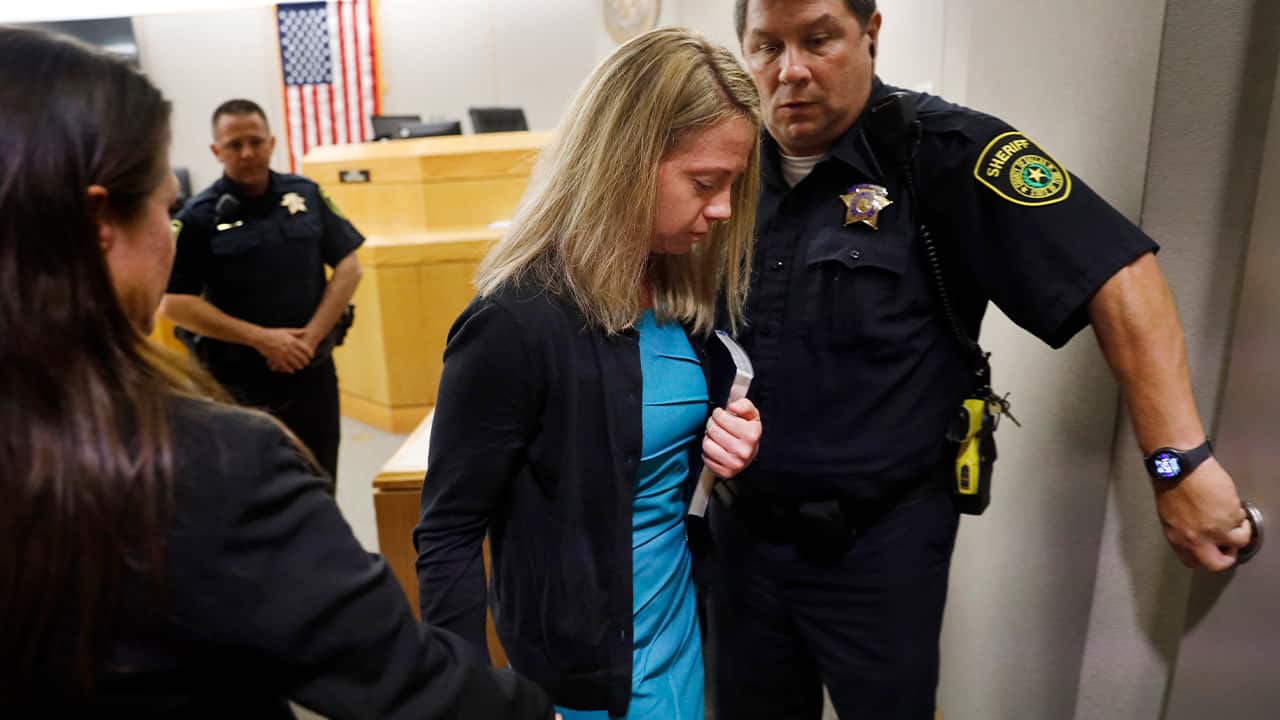 DALLAS — Evidence from the trial of a former Dallas police officer convicted of killing her neighbor has fueled new questions about whether accused officers are treated differently than other suspects, including testimony that a camera in the cruiser where the officer sat after the shooting was flipped off and that her sexual text messages with her partner were deleted.

Mata Said the Text Messages Were Not Related to the Shooting

The first meeting of a new Community Police Oversight Committee ended with shoving and shouting Tuesday night when the panel adjourned without taking public comment. Hall intervened and opened the floor to discussion, much of it critical of the department and mistrustful of the committee’s intensions.
And conspiracy theories have swirled around the death of a witness in Guyger’s trial, who was shot dead two days after her sentencing. Investigators said Tuesday that the killing of Joshua Brown, who like Jean was black, was unrelated to his testimony and that they suspect three Louisiana men , who were allegedly in Dallas to buy drugs.
Lee Merritt, a lawyer who represents the Jean and Brown families, said he has no reason to doubt Dallas detectives’ conclusions. But he’s asking the department to turn the investigation of Brown’s death over to another agency.

“It will be nearly impossible to conduct a reliable investigation in a climate where the investigating agency has been implicated in the murder itself,” Merritt said in a Tuesday. “That implication naturally stems from a trial where a Dallas police officer was convicted of murder and other DPD officers were shown to have participated in condemnable behavior in destroying evidence and interfering with an investigation.”
Mata said the text messages were not related to the shooting and prosecutors only brought them up at Guyger’s trial to put “the scarlet letter on her as a person involved in adultery.” Rivera was married; Guyger was not.
As for the car camera, Mata said he did nothing wrong by having it turned off.
“She was talking with her attorney, and that’s attorney-client privilege,” Mata said. “(The lead prosecutor) pushed this narrative to make it look like the department was corrupt and I was corrupt and unethical. It’s a win-at-all-costs type of mentality.”
Dr. Brian Williams, the former head of the Dallas’ police oversight board, said the actions revealed at trial further eroded trust for police that already is thin in the community.

In Guyger’s Case, It Was the Texas Rangers Who Led the Investigation

“When you’re working to try to build trust things like that do not work to the advantage of bringing both parties together,” he said.
Last week, the Jean family stood with Dallas activists and religious leaders asking the U.S. Department of Justice to conduct a “comprehensive audit” of what they characterized as long-standing problems with the city police department.

US to Hand Over to Iraq IS Members Evacuated From Syria