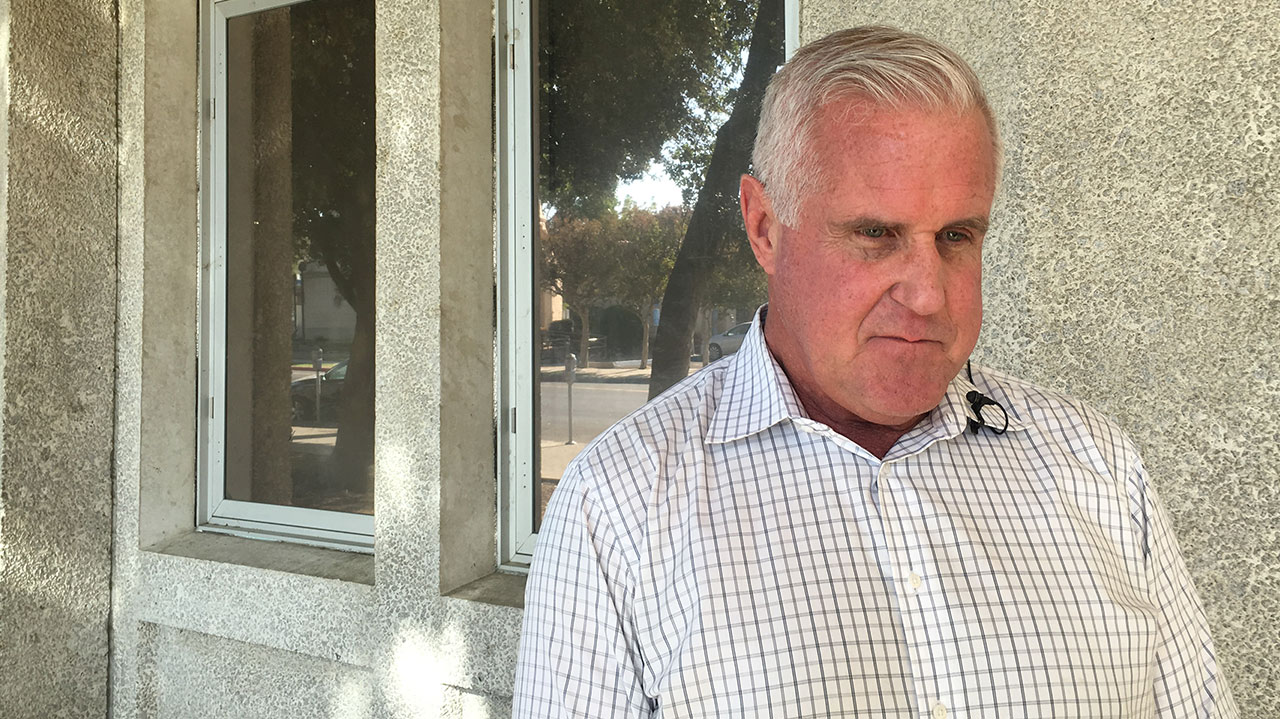 A Fresno Unified school board member will have to wait at least a month to learn the fate of a restraining order filed against him.
In July, a Bullard High student/cheerleader filed a restraining order against Terry Slatic, saying she feared for her safety after Slatic held a meeting with the cheer team.

Listen to this article:
Expecting to spend only 90 minutes presiding over the evidence, Fresno County Superior Court Judge Noelle Pebet continued the hearing until Nov. 8 when things ran long Monday afternoon.
The student’s side presented their case Monday. When proceedings resume, Slatic’s attorney will present his side.

Attorney Aida Macedo presented the case on behalf of her client, a 16-year old junior. The minor testified that Slatic spoke to the cheer squad at a July 10 meeting.
“I felt confused. There is this older man yelling at us,” the minor said on the stand, fighting back tears. “He was upset and angry. … I was intimidated.”
The student said the incident left her afraid.
“I don’t feel safe at my school. I don’t enjoy it as much,” the girl testified. She also said that the school’s staff would not protect her.
During cross-examination by Slatic’s attorney Michael Goldfeder, the girl said that Slatic never individually harassed, attempted to strike, or tried to contact her.
Macedo called two other witnesses. The girl’s mother said her daughter’s mood changed dramatically after the Slatic meeting.
“She didn’t deserve this,” the mother said.
The third witness, community member Matthew Gillian, testified about a photo he took of Slatic at an Aug. 30 football game. Slatic’s attorney questioned the relevance. After the court hearing, Slatic said the man taking the photo was “creepy.” 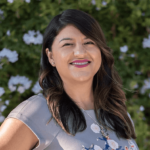 The student filed a request for an emergency restraining order in July, a week after Slatic held his meeting with the Bullard cheerleaders. The student said she felt bullied and threatened, which caused anxiety and stress.
Pebet denied that request and set an August hearing to decide whether to grant a permanent order. The Aug. 5 hearing was delayed because Slatic wasn’t properly served notice of the court date; an Aug. 26 hearing was delayed at Slatic’s request after the student retained legal representation.
At the latter hearing, Pebet ordered both Slatic and the student to stay 20 yards away from each other. The ruling remains in effect through the Nov. 8 hearing.

This drama at Bullard High happened last May, when social media videos surfaced of a student in blackface, and a separate video of her using racially inappropriate language. Her parents apologized, and the district disciplined her.
The student in the video, and the one who recorded it, were allowed on the junior varsity cheer team, which caused friction with their teammates. Slatic, with coordination from district Superintendent Bob Nelson, volunteered to address the team on July 10, based partly on his experience as a father of a cheerleader.
Nelson attended Monday’s hearing as a potential witness, spending the entire time in the hallway outside the courtroom.
Slatic’s words at that meeting — and for some the mere fact he held the meeting — upset many in the Bullard community. Many complained at a July school board meeting.
Slatic faces a potential recall. A group seeking his ouster served its notice of intention to Slatic on Monday. It’s the first step in the recall process.