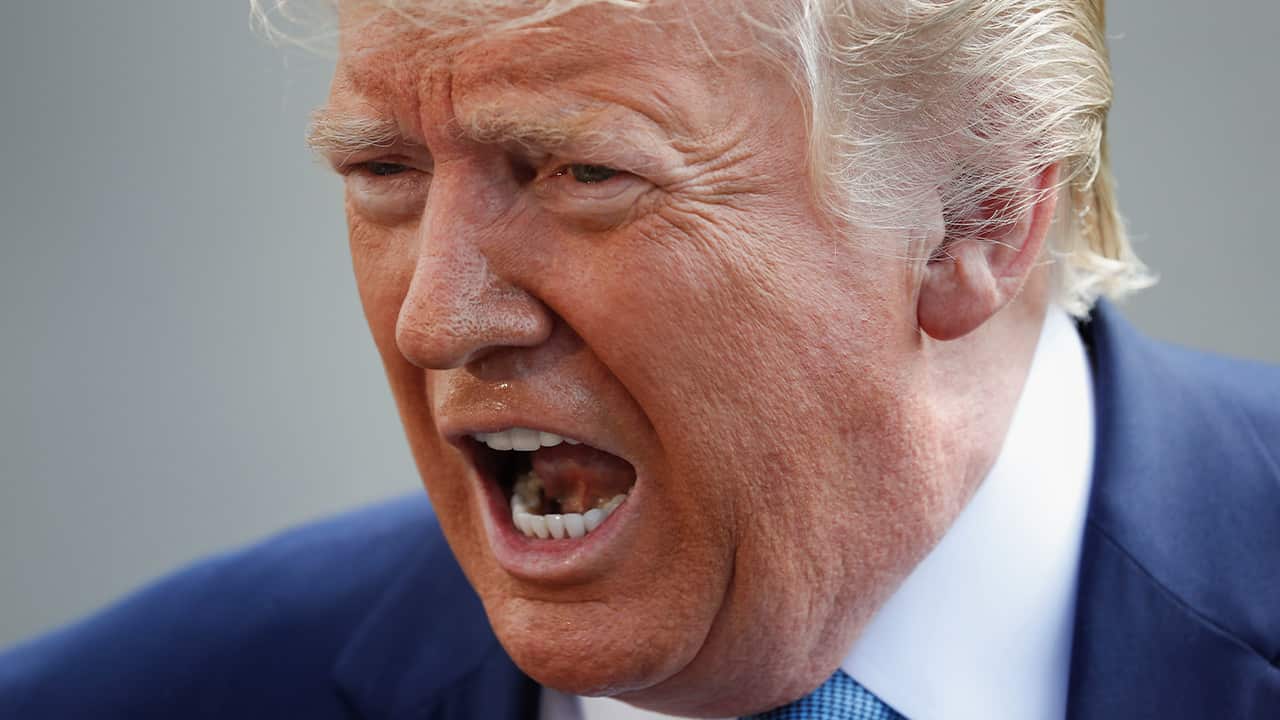 WASHINGTON — The impeachment investigation into President Donald Trump widened on Friday into a constitutional battle between the executive branch and Congress, as Democrats subpoenaed White House officials and the president signaled his administration would not cooperate.

Underway at a Rapidly Escalating Pace

Trump’s comments came shortly before Democrats sent an extensive request for documents to Vice President Mike Pence about his contacts with Ukraine. Lawmakers have made Trump’s request that Ukraine investigate former Vice President Joe Biden the centerpiece of the probe. A whistleblower complaint said that Trump sought to use military assistance for Ukraine to push President Volodymyr Zelenskiy to investigate the 2020 Democratic hopeful.
The West Wing was set to allow the similar request for documents from the president’s staff to go unfulfilled Friday, likely forcing Democrats to make good on their threat to issue a subpoena for the records.
Pence spokeswoman Katie Waldman dismissed the new demand for documents, saying that given its wide scope, “it does not appear to be a serious request.”
When Pelosi recently announced that the House was initiating the inquiry, she didn’t seek the consent of the full chamber, as was done for impeachment investigations into former Presidents Richard Nixon and Bill Clinton.
But it is underway, and at a rapidly escalating pace.
Late Thursday, House investigators released a cache of text messages that showed top U.S. diplomats encouraging Ukraine’s newly elected president to conduct an investigation linked to Biden’s family in return for granting a high-profile visit with Trump in Washington.
The release followed a 10-hour interview with one of the diplomats, Kurt Volker, who stepped down as special envoy to Ukraine after the impeachment inquiry had begun.
Trump repeated on Friday that he was pressing Ukraine to investigate corruption, not trying to undermine Biden, who could be his 2020 presidential election opponent. He made a related request of China, specifying Biden and his son, on Thursday.

As Republicans search for a response to the investigation, the absence of a procedural vote to begin the probe has been a main attack line against Democrats.
Pelosi swatted the need for such a vote back as unnecessary, saying the House is well within its rules to pursue the inquiry without it.

Unclear if Democrats Will Wade Into Long Legal Fight

There’s no clear-cut procedure in the Constitution for initiating an impeachment inquiry, leaving many questions about possible presidential obstruction untested in court, said Allan Lichtman, a history professor at American University.
“There’s no specification in the Constitution in what does and does not constitute a more formal impeachment inquiry or investigation,” he said.
Rudy Giuliani, the president’s personal attorney, dismissed the entire premise of the impeachment inquiry, which is centered on Trump asking Ukraine to investigate his possible political rival, Democratic former Vice President Biden.
“The president was not tasking Ukraine to investigate a political opponent,” Giuliani told The Associated Press on Thursday. “He wanted an investigation into a seriously conflicted former vice president of the United States who damaged the reputation of the United States in Ukraine.”
Democrats have sought to use their declared impeachment investigation to bolster their case to access all sorts of documents from the administration, most recently secret grand jury information that underpinned special counsel Robert Mueller’s report on Russian interference in the 2016 election. They have also threatened to use the administration’s refusal to turn over documents and make witnesses available to potentially form an article of impeachment over obstruction of the congressional inquiry.
Where courts have generally required congressional oversight requests to demonstrate a legitimate legislative purpose, impeachment requests could be wide-ranging.
It is unclear if Democrats would wade into a lengthy legal fight with the administration over documents and testimony — or if they would just move straight to considering articles of impeachment.