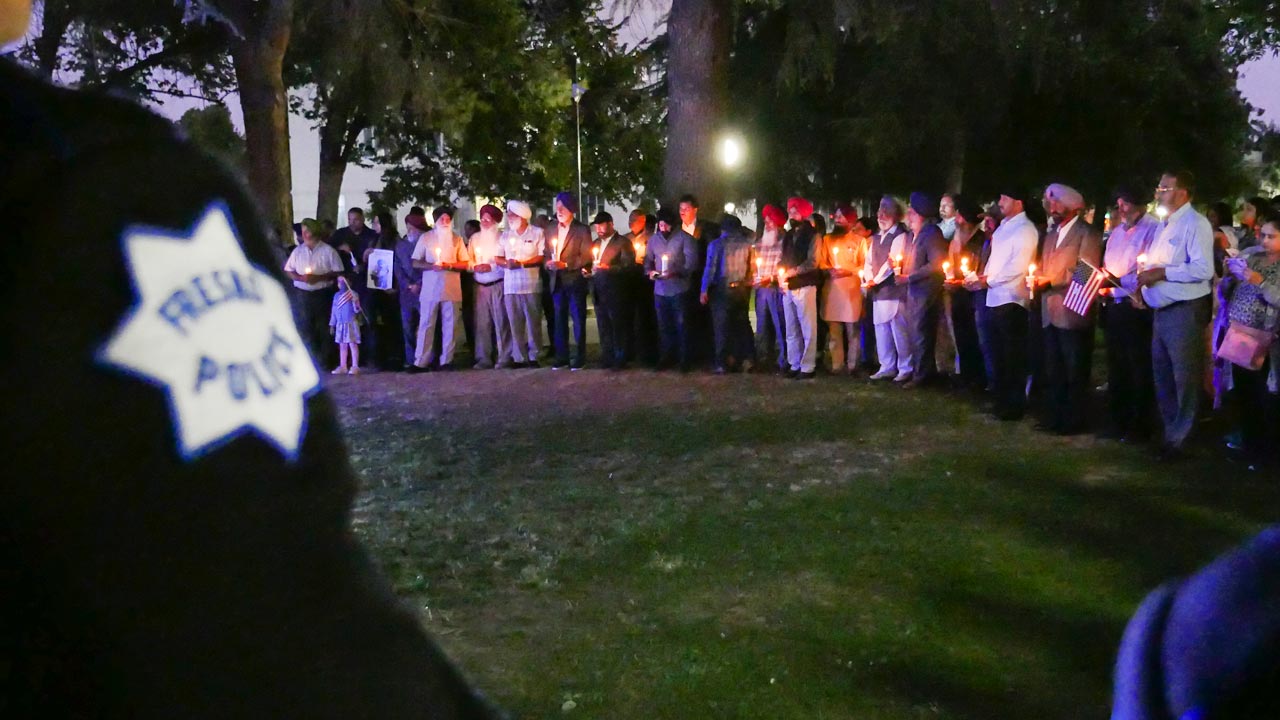 The slaying of a trailblazing Houston area deputy sheriff last week has prompted renewed calls of tolerance and justice from the Fresno Sikh community.
Deputy Sandeep Dhaliwal was fatally shot Friday while conducting a daytime traffic stop. He was among the first police officers in the country to wear a traditional Sikh turban while on duty. 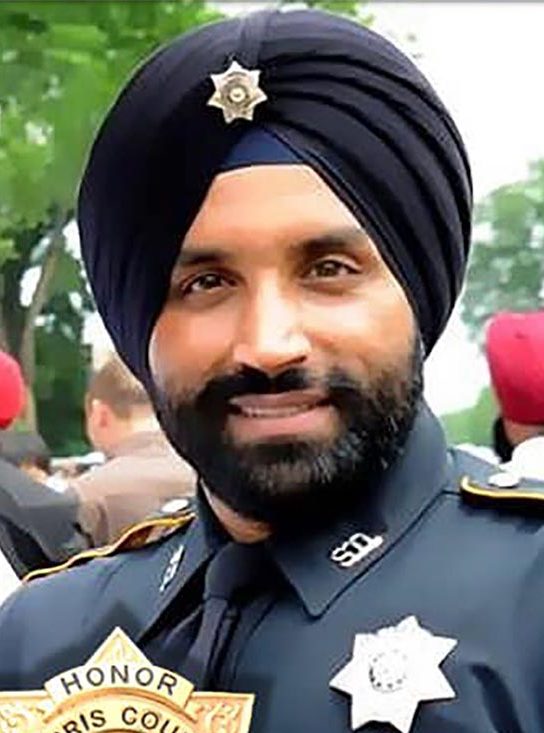 Harris County (Texas) Deputy Sandeep Dhaliwal was slain on Friday. He was the first Sikh deputy on the force. (Harris County Sheriff’s Office via AP)

Harris County Sheriff Ed Gonzales described the shooting of Dhaliwal as an “ambush-style” attack.
The killing of the trailblazing deputy prompted a candlelight vigil Tuesday night in front of the Fresno Police Officers Memorial in Courthouse Park.
“On behalf of the Fresno community, we want to let Deputy Dhaliwal’s family know that we are here for them and we have them in our thoughts and prayers,” said vigil participant Gurjant Singh.

Sikhs Have Been Targeted Based on Appearance

While the alleged killer is in custody, the motive for the shooting remains under investigation. But local attorney and Sikh leader Raj Sungu says Sikhs are often at great risk for harm because of their appearance.
“We feel that we are a target because the Sikhs are the ones who wear the turbans. We’re the only ones that wear the garb that sets us apart and it are easy to spot,” he said.

Deputhy Dhaliwal was Honoring His Faith

In choosing to serve as a police officer, Sungu says Deputy Dhaliwal was living the tenets of his faith. Sikhs, he says, give their vow to serve and protect others and stand up for injustice.
“The purpose of these types of vigils — and especially for the younger generations — is to show that you shouldn’t run away from what your oath is and what’s your commitment to yourself and the community is,” Sungu said
“You’ve got to stand up for justice. And we’ll continue to do that.”