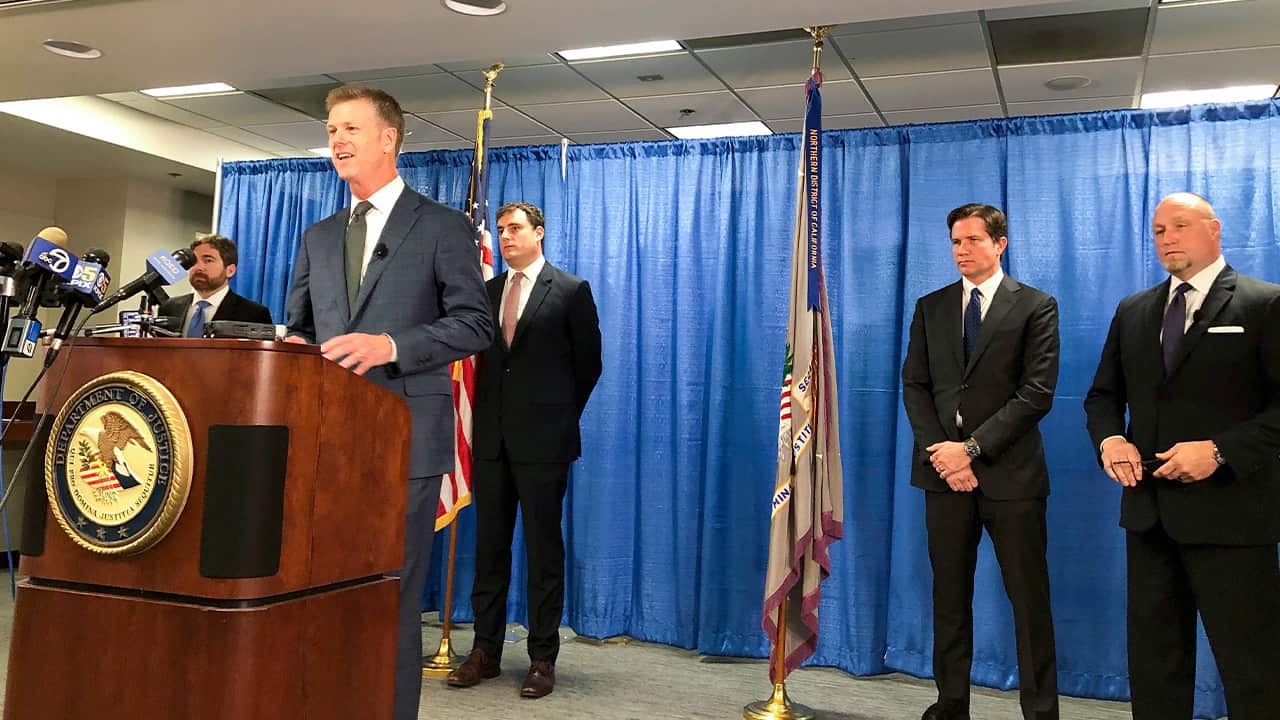 In July, he testified before a Senate panel that the FBI had more than 1,000 investigations involving economic espionage and attempted intellectual property theft, nearly all of which lead back to China.
The Justice Department has brought multiple cases in the past year involving Chinese espionage and has also brought charges against operatives working with the Ministry of State Security as law enforcement officials grapple with how to deal with an increasing threat of China trying to steal information from American companies.
Last October, prosecutors charged a Chinese spy with attempting to steal trade secrets from several American aviation and aerospace companies, the first time an MSS operative was extradited to the U.S.
Anderson did not say how long Peng had been operating as a spy for China’s Ministry of State Security, only that the FBI employed a double agent in 2015 who conducted exchanges with Peng in the San Francisco Bay Area and in Columbus, Georgia.
Over six occasions between 2015 and 2018, Peng would secure a hotel room and leave up to $20,000 there, authorities said in the criminal complaint. The double agent would then get a key to the room, take the cash and leave a digital card containing information, it said.
Peng would then take the card and travel to Beijing to meet Chinese intelligence officers, authorities said.

He Could Face up to 10 Years in Prison

Authorities say the unnamed double agent went to the FBI in 2015 after China’s intelligence department tried to recruit the person as a spy.