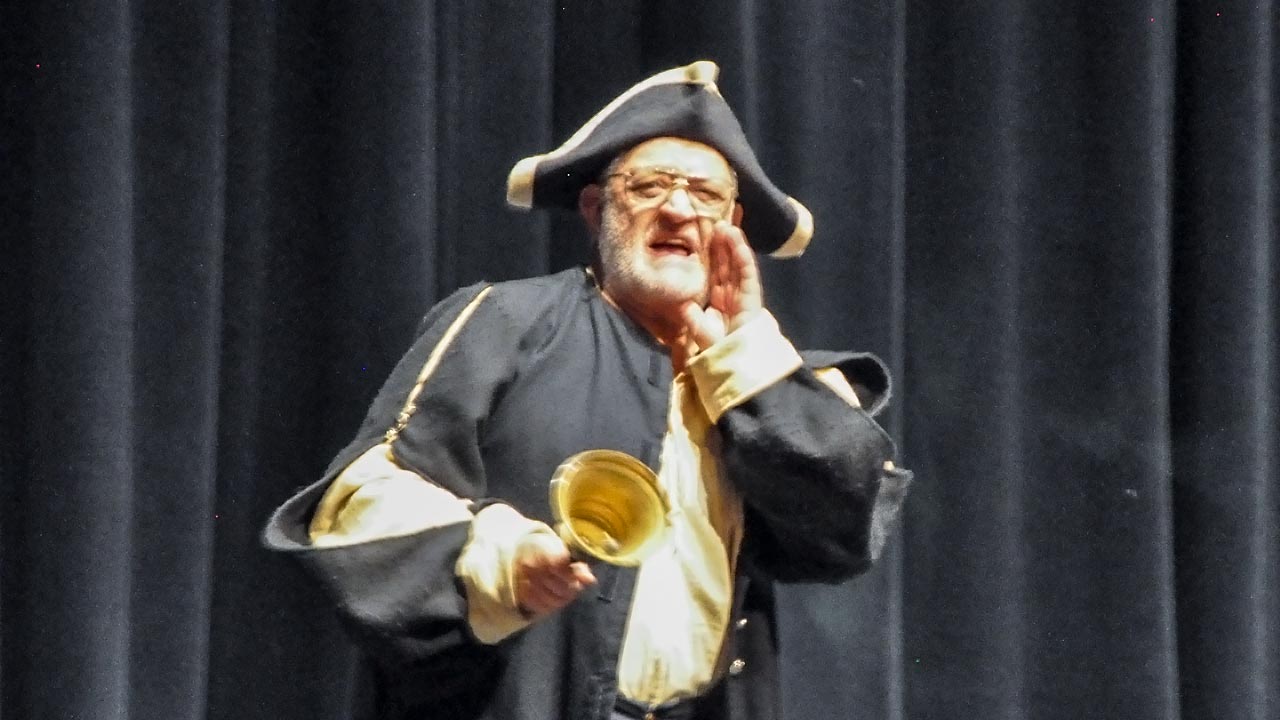 Raymond F. Ensher, a Fresno resident well known for his love of the arts and support of community causes, died Friday morning.
Ensher passed away after reaching his 85th birthday on Thursday. Friends said that his health took a turn for the worse about a month ago.

“Ray was a treasure for all of us. He dedicated his entire life to fighting for social justice and equality for everyone. He was active to the very end, a fun, loving, kind man. This is a huge loss to our community.” — Marsha Conant

Ensher possessed both inexhaustible curiosity and energy. He would pop up anywhere and everywhere at events in Fresno. One of his great passions was the annual Constitution Day at Fresno State. Another was his role as town crier for Valley Town Hall.
Ensher was a tireless writer of letters to the editor of The Fresno Bee and the Community Alliance newspapers. He eschewed digital technology and instead used a typewriter and paper for his letters and news releases, which he sent through the mail.
“He deliberately did not want a computer,” said Howard Watkins. “If you had information to share with him, you had to mail it or tell him in person.”

A Man of Many Causes

An unabashed liberal Democrat, Ensher advocated for the poor, the incarcerated, workers, unions, a $15 minimum wage, gay rights, and the right to vote.
“Ray was a Fresno icon,” former Fresno City Councilman Tom Bohigian wrote in a Facebook post about Ensher’s death.
Marsha Conant of the Fresno Stonewall Democrats said of Ensher: “Ray was a treasure for all of us. He dedicated his entire life to fighting for social justice and equality for everyone. He was active to the very end, a fun, loving, kind man. This is a huge loss to our community.”
The breadth of his involvement is told by the 35 groups that Peter Robertson tagged in his Facebook post about Ensher’s passing.
Said Conant: “He just went to everything, and was always challenging himself to learn more.”

Jefferson Beavers of Fresno posted this on Facebook:
“Ray was a deeply dedicated supporter of cinema and the arts in Fresno. He was a longtime Fresno Filmworks member and attendee, and I know he also loved attending Reel Pride and Fresno Jewish Film Series. I always loved hearing about his travels all over the world, and he always had an insightful and pithy review of whatever movies we talked about. Rest in peace, dear Ray.”
In his later years, Ensher received two awards from the California Retired Teachers Association:  the Ron Ely Award for Communications and the Mickey Matheson Award for Advocacy.

Ensher graduated from Fresno State in 1956 with a degree in theater arts and became a high school drama teacher. In 2015, he established the Raymond Ensher Creative Achievement Theatre Arts Award — an endowed scholarship that annually supports the most promising student from Fresno State’s University Theatre.
Memorial donations may be made to the Raymond F. Ensher Scholarship Fund, 2625 E. Matoian Way, SH124, Fresno 93740, or by calling 559 278-2586.
In accordance with Ensher’s wishes, there will not be a public memorial service.