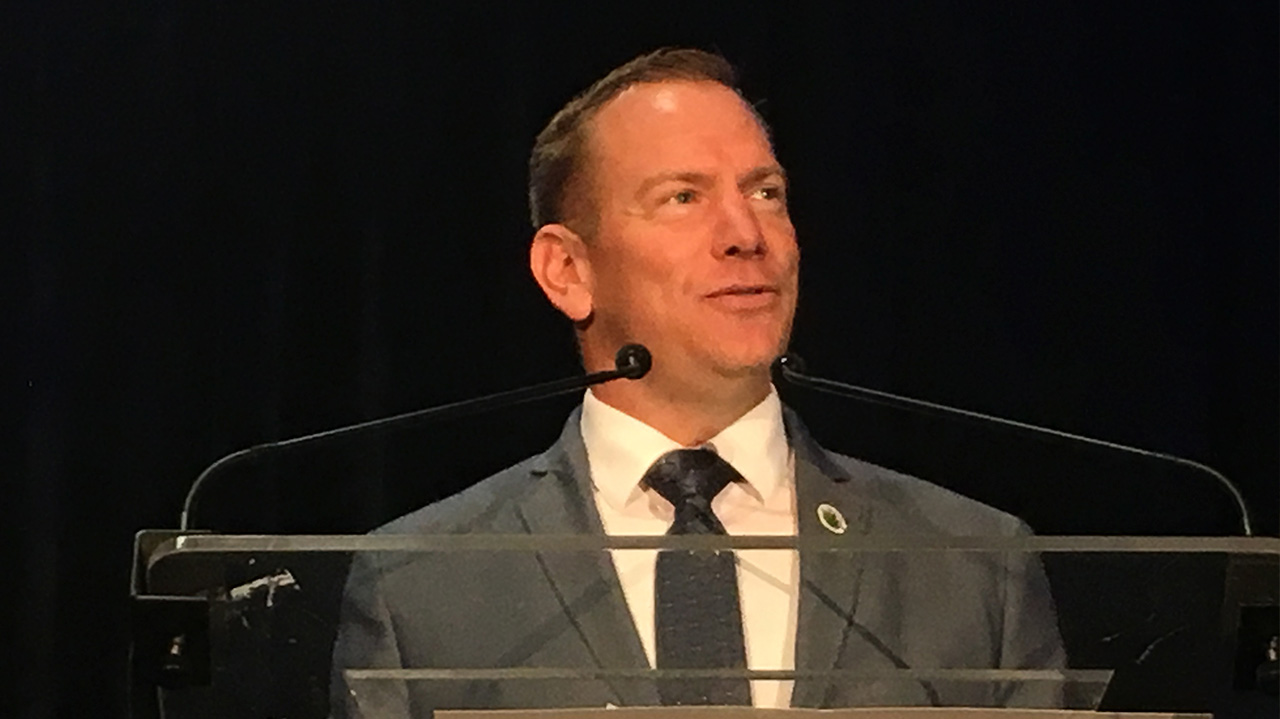 Fresno County Board of Supervisors chairman Nathan Magsig promised to keep his State of the County speech short.
For the gathering of nearly a thousand at the Fresno Convention Center for a Wednesday luncheon organized by the Fresno Chamber of Commerce, he kept to his goal relatively speaking — Magsig finished in under 20 minutes.

Listen to this article:
While offering the obligatory thank you and accomplishment lists, Magsig spent most of his talk recognizing the volunteer efforts of the nearly 7,000 county staff members.
“The county’s mission is to provide excellent public services to our diverse community,” Magsig said. “The employees of Fresno County are committed to this mission on and off the clock.” 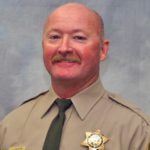 Magsig specifically focused on the efforts of Sgt. Quintin Hawkins from the Fresno County Sheriff’s Office.
The supervisor shared a story about an elderly woman in Tarpey Village, who called about issues with the homeless on other side of her backyard fence that abutted a trail.
Magsig’s office notified the sheriff’s department and Hawkins was dispatched to the call. He helped clean up the homeless encampment, and noticed that the woman’s fence was falling down.
During his time off, Hawkins went to the woman’s home to help cut down trees contributing to problems in her backyard. He also put the woman in contact with contractors who rebuilt the fence at a reasonable rate.
“I had no clue any of this was taking place,” Magsig said. “I’m blown away.”
Magsig wanted to highlight Hawkins’ story and those of other county employees who went above and beyond. His staff produced a video to showcase their efforts.
“The employees of Fresno County are the real heroes of the county. Their stories are what set us apart,” Magsig said concluding his speech.

Magsig recapped the positive momentum enjoyed by the county. He touted the recently approved budget, which increased 11% over last year. He noted the new buildings for the sheriff’s department (a substation), libraries, and an animal shelter. He also mentioned the District Attorney’s office will be moving into downtown’s historic, and recently refurbished, Rowell Building next year.

Chamber CEO Nathan Ahle previewed his organization’s Agricultural Awards luncheon on Nov. 6 by revealing the two honorees who will be recognized at the annual event.
Fresno farmer Mark Borba has been selected Agriculturalist of the Year; Bowles Farming Company is the Ag Business of the Year.