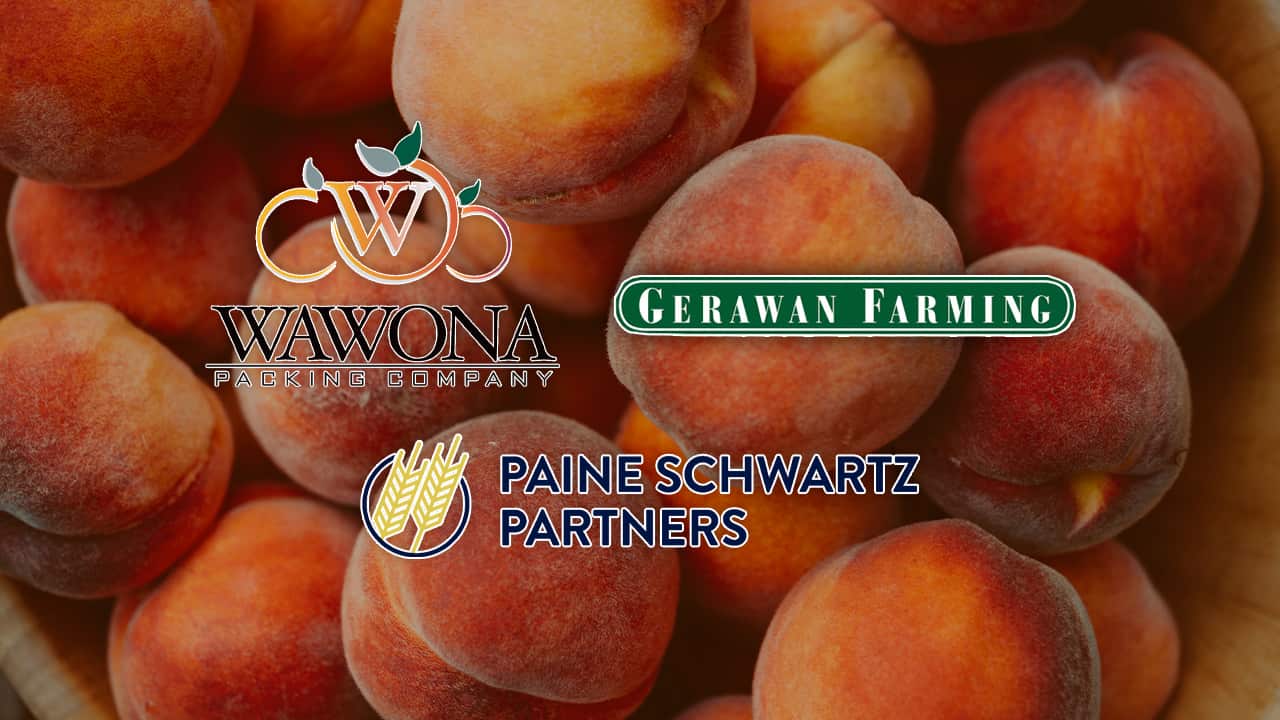 Two Central Valley stone fruit farms are merging.
In a Wednesday news release, Gerawan Farming and Wawona Packing announced they are combining companies. Dan Gerawan, owner of his namesake company, will act as the CEO. He is also the largest individual stockholder.
“This merger is an exciting next step to unlock the full potential of both companies,” Gerawan said.

Listen to this article:
Each company will continue to use its brand name, Prima (Gerawan) and Wawona Packing.
Brent Smittcamp, Wawona’s executive chairman, will join the merged company in an unspecified role.

Private equity firm Paine Schwartz invested in Wawona in 2017. Ed Haft oversaw Wawona Packing on its behalf as its interim CEO. He will remain active on the combined board, a company spokesman said.
“This merger represents a tremendous milestone and the type of growth opportunity that we can achieve by leveraging Paine Schwartz’s agribusiness sector expertise and close collaboration with family-owned businesses,” Paine Schwartz CEO Kevin Schwartz said. “We look forward to this new chapter for two companies that have been incredibly successful on their own, and we believe they can achieve even greater success through this merger.”
Paine Schwartz, according to its website, specializes in “sustainable food chain investing.”
The newly combined company did not offer many more details regarding the merger, including the status of current employees, where the new offices will be based, or any financials of the deal.
Gerawan is based in Fresno; Wawona Packing is based in Cutler (Tulare County). The deal does not involve Fresno-based Wawona Frozen Foods, operated by Bill Smittcamp, uncle of Brent.
Lyons Magnus, the Fresno food processing firm operating for years by Brent’s father, Bob, is also under the Paine Schwartz investment umbrella.

Deal Gets Praise from Industry

The deal is getting praise from a Fresno-based industry trade group.
“We are happy for the two entities. We know they’ve been working for this for a long time,” said Ian LeMay, president of the California Fresh Fruit Association. “I believe Dan will lead the company well, and Brent will remain active.”
Note, 9/26/19: a previous version of this story described Paine Schwartz as a venture capital firm. It has been updated to private equity firm.

Feds Say They Caught Fresno Felon With a Machine Gun