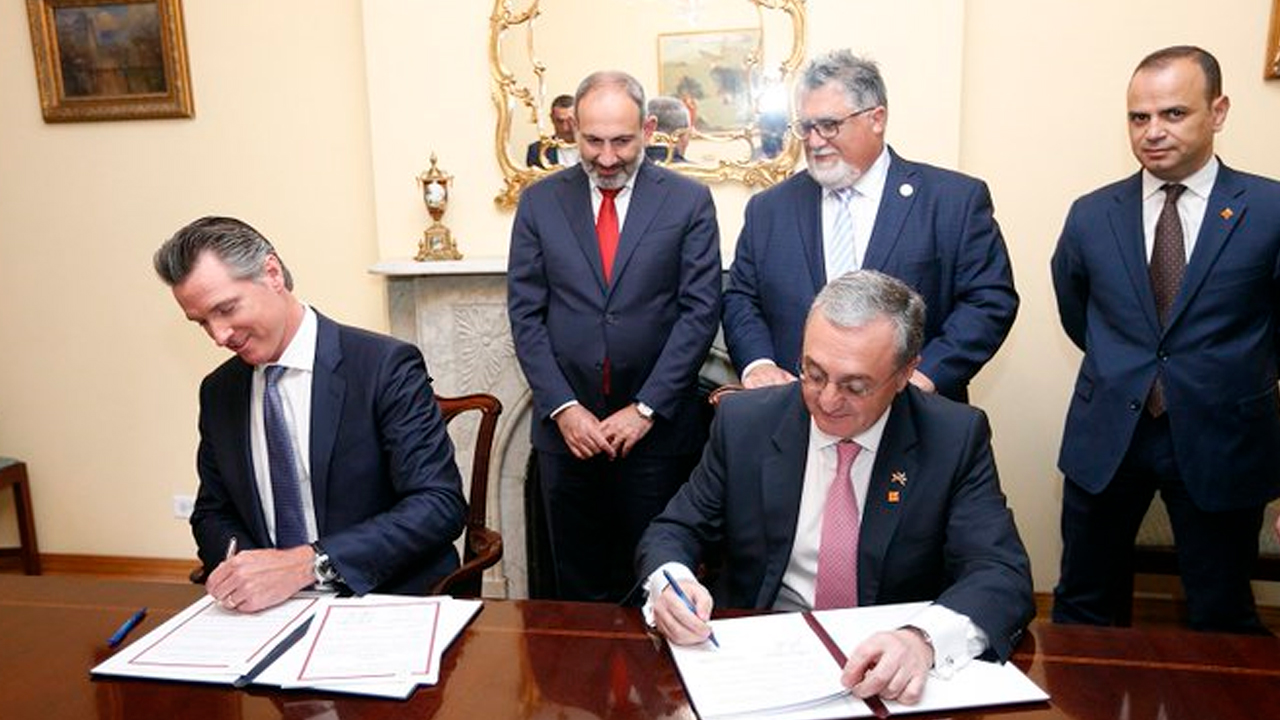 Trade opportunities between California and Armenia are getting a boost following the signing of an economic cooperation agreement by Gov. Gavin Newson and Armenia’s foreign minister Tuesday in New York.
The agreement establishes a Trade and Services Desk in Armenia to connect Californian and Armenian businesses and help facilitate various trade and commercial activities, according to a news release from the governor’s office. Newsom is in New York City this week attending events at the United Nations and the World Economic Forum.
“California is fortunate to share in the rich heritage of the Armenian people,” Newsom said. “This agreement builds on our strong ties and will create new opportunities for entrepreneurs from both California and Armenia.”

California is home to the largest Armenian community in the United States, the release said. 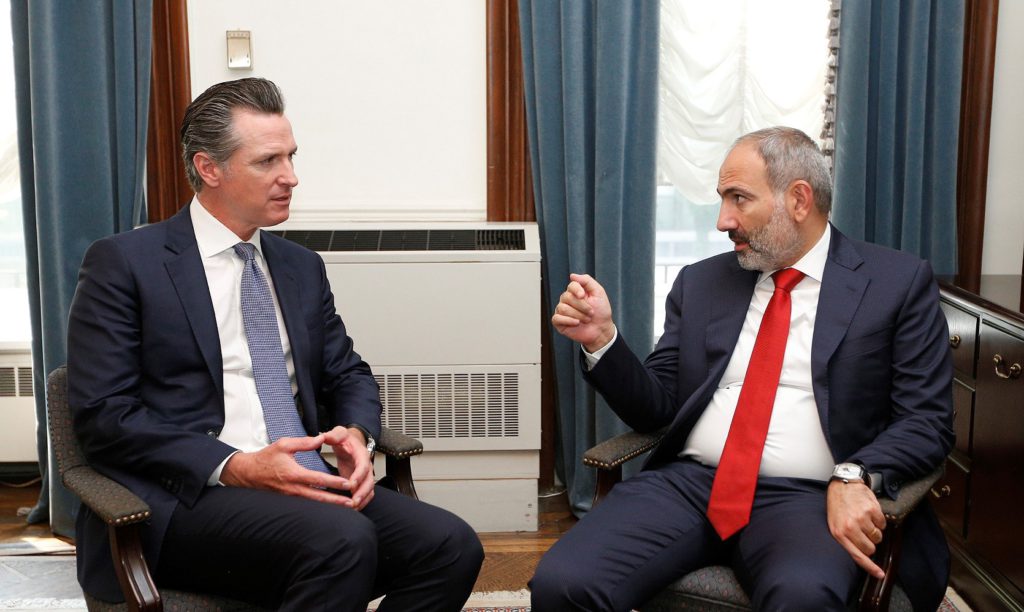 The meeting followed a visit to California by the prime minister earlier this week. In Los Angeles, he met with city officials as well as Lt. Gov. Eleni Kounalakis, who serves as Newsom’s International Affairs and Trade Development Representative.
“California’s deep and longstanding friendship with Armenia has contributed to economic prosperity, inspired opportunities for students, and enriched our collective cultural values,” Kounalakis said.
Pashinyan praised California ‘s innovative economy, noting its leading positions in technology. He said Armenia has identified the tech sector as a priority for development and views stronger cooperation with California as an important step.
“We want to strengthen our democracy economically, and the cooperation with our democratic partners, the United States will contribute to the fulfillment of our goals,” Pashinyan said.