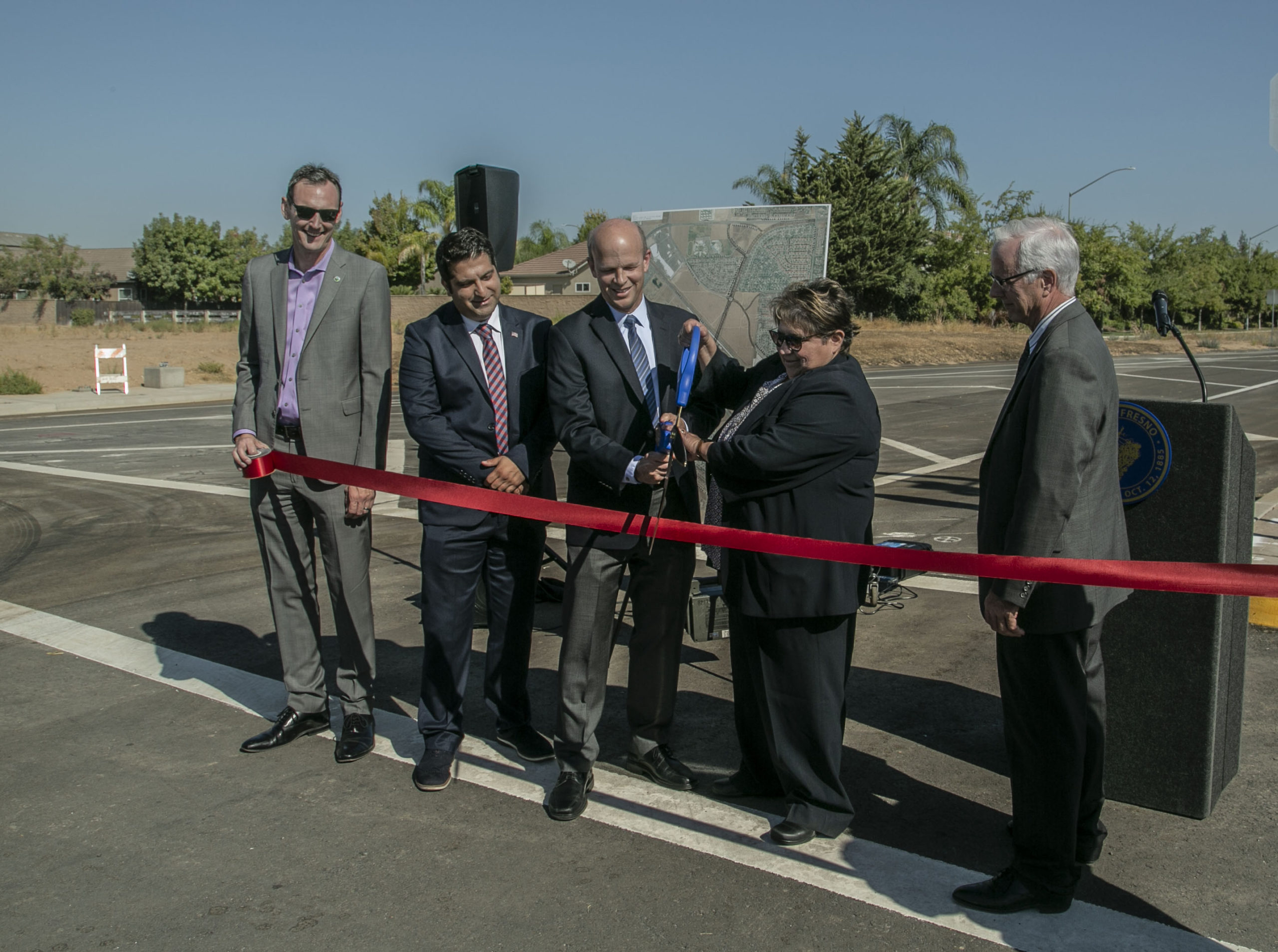 Thirty-five years after it was envisioned by Fresno planners, long-stalled Veterans Boulevard moved forward Tuesday morning with phase one of a plan that ultimately should ease some of the city’s most congested traffic.
This phase is modest: a new $5.5 million section of Bullard Avenue helping residents south of Herndon Avenue get more quickly to that main east-west connector and to The Marketplace at El Paseo.

Listen to this article:
For now, there are stop signs, but traffic signals are installed and await an energy source.

But what’s coming over the next couple of years, said Fresno City Councilman Mike Karbassi, will ensure that “Forgotten Fresno will be forgotten no more.”

Better yet, 93% of the $138 million project is funded, said Fresno Publics Works Director Scott Mozier. City Hall is now waiting, on pins and needles, to learn whether the Trump administration gives a thumbs-up to Fresno’s request for the final dollars.
A White House announcement is expected in November. If the funds don’t come Fresno’s way, the city might look to bond the remainder or convince the Fresno County Transportation Authority, which oversees Measure C, to lend the money.
Former Fresno County Supervisor Phil Larson drove in from Kerman to attend Tuesday’s ribbon-cutting. He started advocating for Veterans Boulevard in 2003 and put a full shoulder into the effort until retiring from the board in January 2015.
“I figured it would take three years,” Larson said, with a laugh.
Government, however, moves slower than traffic across the Union Pacific tracks.

Thankfully, there’s light at the end of the tunnel — thanks to the California High-Speed Rail project.
You can debate the merits of the state’s $79 billion effort to link the Bay Area to Los Angeles with bullet trains. Many people have argued for and against it, and they will continue to do so.
But there’s no disputing that high-speed rail’s $20.4 billion first segment — Bakersfield to Merced — is underwriting highway and road improvements in Valley cities such as Fresno.

Improvements All Over Fresno

Diana Gomez, who is the Central Valley regional director for the high-speed rail authority, cited several of the ways the state’s project is helping Fresno:

The Next Phase is the Big One

To my eyes, the first segment of Veterans Boulevard isn’t much to see. But, as Mozier said, it’s a “key milestone” leading to the all-important second phase: taking Veterans Boulevard up and over the high-speed rail and UP tracks, Golden State Boulevard, and Highway 99 while providing complete interconnectivity.
Construction is scheduled to begin in early 2020 with a ribbon-cutting about 18 months later. 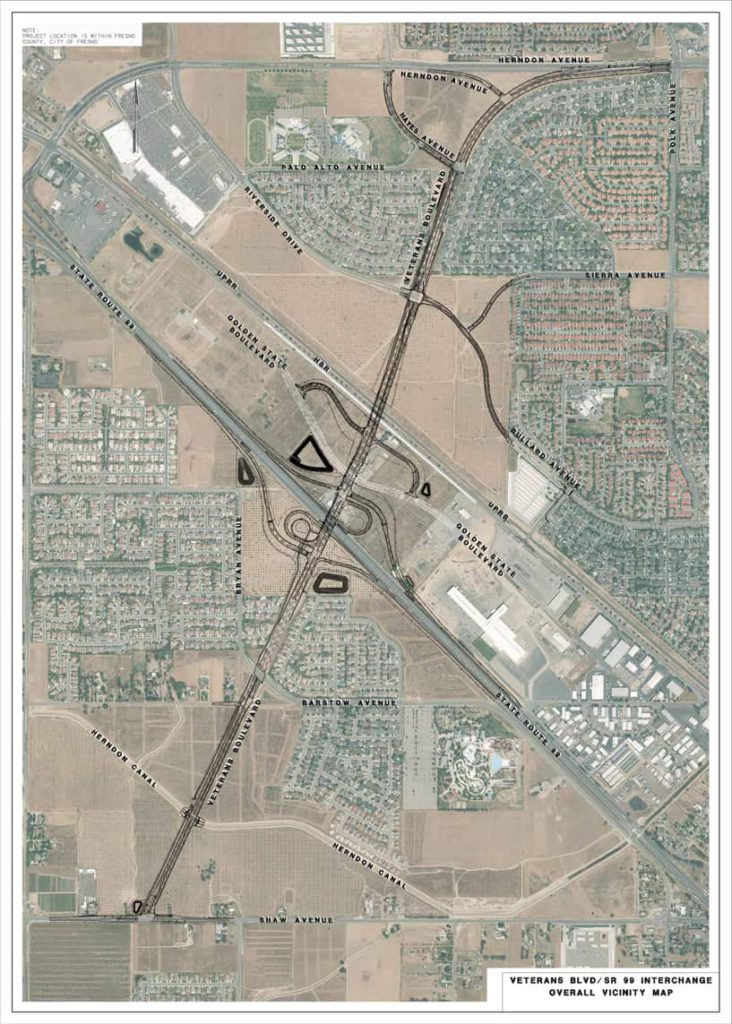 Can You Handle Some Good News About Fresno Freeways?