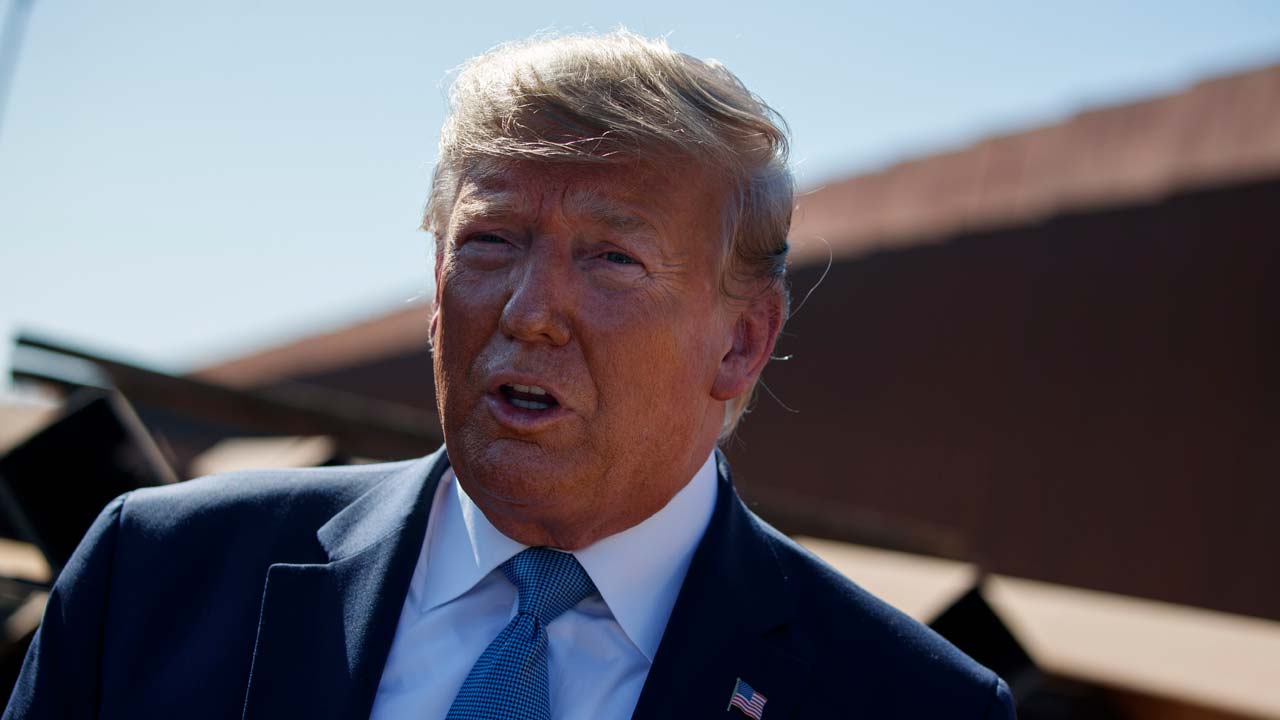 SACRAMENTO — California’s elections chief says he believes a state law requiring presidential candidates to release their tax returns is constitutional despite a legal setback.
A federal judge in Sacramento granted a request from President Donald Trump’s campaign to block a new state law that requires presidential candidates to release five years of tax returns to run in the March 2020 primary. State officials are deciding whether to appeal.
The ruling came hours after the president sued to block New York prosecutors from their push to obtain his returns as part of a criminal investigation into payments made to two women who claimed to have affairs with Trump.
The two Democratic-led states have emerged as Trump’s most ardent foes, fighting not just for his tax returns but repeatedly suing his administration over his environmental, immigration and other policies.
In California, Democrats have argued that the president’s tax returns provide critical information about his financial history and business dealings. While the New York battle is part of a criminal investigation, lawmakers there also have pushed for the disclosure of his state returns, drawing another Trump lawsuit.
“States have a legal and moral duty to restore public confidence in government and ensure leaders seeking the highest offices meet minimal standards,” said Jesse Melgar, a spokesman for Democratic California Gov. Gavin Newsom.
Secretary of State Alex Padilla, who’s in charge of elections, said the state will consider its options when the judge releases a written ruling by Oct. 1.

In Sacramento, Trump’s lawyers conceded that the president would likely forgo the state’s primary ballot rather than release his returns. U.S. District Judge Morrison England Jr. questioned why releasing tax returns was such a hurdle but was ultimately open to arguments opposing the law.
He appeared swayed by arguments that the U.S. Constitution, not states, sets the qualifications to run for president and that a federal law requiring candidates to release financial information supersedes the state’s power to seek additional details.
“I don’t care how you skin the cat, it’s an unconstitutional law,” said Harmeet Dhillon, who represented the state and national Republican parties.
Trump counsel Jay Sekulow said he was “encouraged” by the tentative ruling.

Republican lawyers also eagerly pointed to California’s former Gov. Jerry Brown, a Democrat who vetoed a similar law in 2017. Brown argued it would create a slippery slope that could lead states to impose requirements like medical records or college transcripts.
“The elephant in the room is President Trump’s tax returns — that’s what this is about,” Judge England said. “But it does have implications that are far reaching.”
The state’s lawyers said it’s within California’s power to regulate its primary elections, and it called the requirement a measure of ballot access, not a new qualification to run for president.
“We remain firm in our belief that SB 27 is constitutional and provides invaluable transparency for voters as they decide who will hold the most powerful office in the United States,” Padilla, the secretary of state, said in a statement.

In New York, Trump’s attorneys on Thursday sued Manhattan District Attorney Cyrus R. Vance Jr., who recently subpoenaed the president’s accounting firm for eight years of state and federal tax returns.
They called the subpoena a “bad faith effort to harass” Trump and said Vance, a Democrat, had overstepped his constitutional authority.
Unlike in California, the New York case is part of a criminal investigation and a grand jury issued the subpoenas.
A spokesman for Vance said his office had received the lawsuit “and will respond as appropriate in court.”
Democratic-led congressional committees also are trying to obtain Trump’s tax returns and other records that could provide a window into his finances. Trump and three of his children sued in April seeking to block two House committees from getting records that his longtime lender, Deutsche Bank, has said include tax returns.

Take a Load Off. Crank up This Epic Cover of 'The Weight'