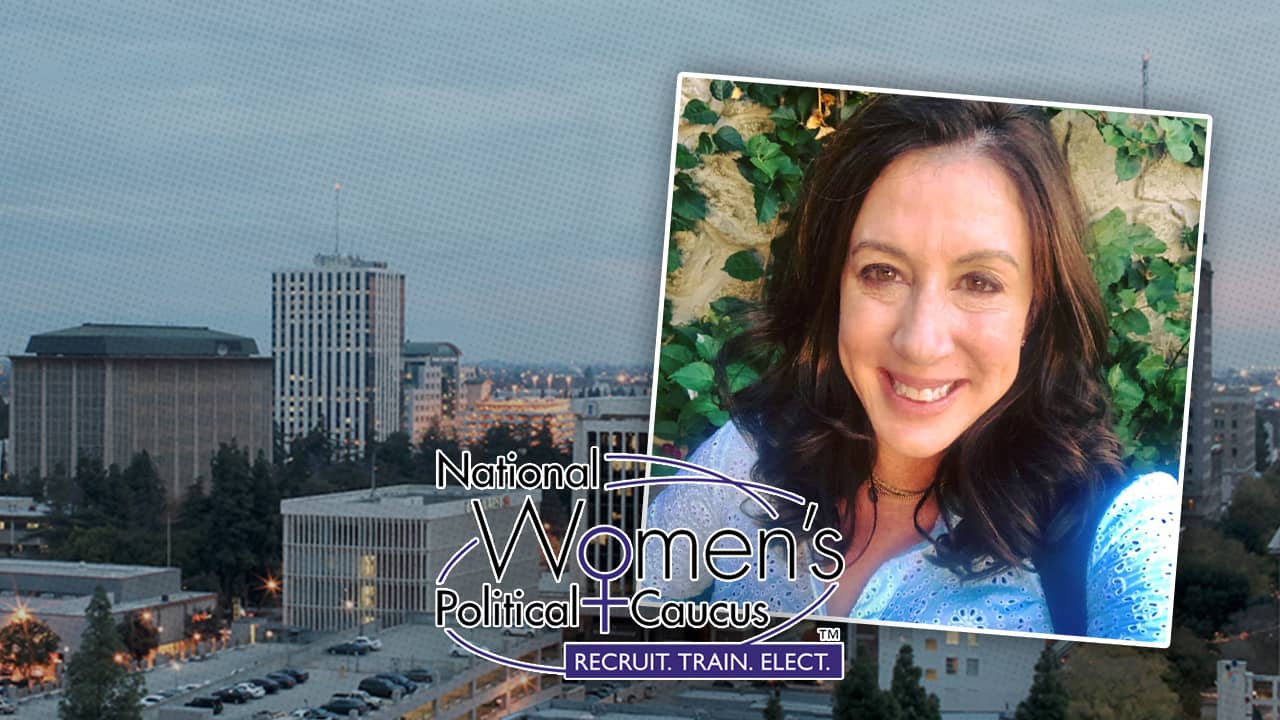 Christine Pelosi says the way to beat President Donald Trump in 2020 is on the kitchen table issues.
The Democratic Party official, political activist, and author also opposes California’s “jungle primary” system and recalls other times when the United States was mired in negative political discourse.

“There are two lanes that people are running in. One is the restoration lane, as best personified by Joe Biden. And one is the reform lane. That’s the lane that Elizabeth Warren and Bernie Sanders are in. Ideally, you would take somebody from each lane and that would be your ticket.” — Christine Pelosi
Pelosi, a daughter of House Speaker Nancy Pelosi, will be the keynote speaker at the National Women’s Political Caucus dinner in Fresno on Wednesday night. The event takes place 5:30 p.m. at Pardini’s, 2257 W. Shaw in Fresno (the event was moved from its original location of TorNino’s).
In a conversation with GV Wire on Tuesday, Pelosi shared her thoughts on the 2020 presidential race, a Democrat challenging a party congressional incumbent, and new allegations against Supreme Court Justice Brett Kavanaugh.
The following is an excerpted transcript of the interview.

How a Democrat Can Defeat Donald Trump

Pelosi: It’s going to have to be a Democrat who inspires the Democratic Party with voters who define themselves as being independent … I think what you find are candidacies that deal with the kitchen table issues that people care so much about — health care, their personal economy, education opportunity for their children, relief from crippling student debt, credit card debt.
I always think that the presidency is a campaign that revolves around character. It revolves around adaptability to events, and it revolves around how are you going to get Americans educated, healed, and secure in the workplace. That consensus candidate has yet to emerge.
(Pelosi has not made an endorsement. She predicts a woman will be nominated for vice president at the very least.)
There are two lanes that people are running in. One is the restoration lane, as best personified by Joe Biden. And one is the reform lane. That’s the lane that Elizabeth Warren and Bernie Sanders are in. Ideally, you would take somebody from each lane and that would be your ticket. But I think it is going to have to be a ticket like that; that balances out those people who want a  return to norms, a return to relationships, a return to stability, and those that say, yes, we want that but we also want to be able to move forward with capturing more.

Pelosi: I’ve always hated the top-two primary. That it was very difficult, as an organizer and as a party officer, to bring people back together, to unite around a common enemy which is not another member of the Democratic Party. And not only do these vibes carry on until November, but then they carry on until after November. Because whoever wins the Democrat-on-Democrat fight then is also having a fight within our party organizational structure and those fights begin every December in the even year.
(Although Pelosi has not made an endorsement in the Costa race, she said she supports incumbents.)
I don’t believe in firing Democrats. We have one Democrat at a time and when we have a new Democrat, I’ll be for that Democrat. As an officer of the party, I tend not to get involved in primary challenges against an incumbent Democrat. That’s just not something that I do. There has to be a very, very, very good reason. There were a couple of reasons in Sacramento why I opposed the party endorsing certain incumbent Democrats, and that’s because they had committed sexual harassment.

(Pelosi, active in advocating for the Me Too movement, had thoughts on the allegations of sexual impropriety committed by Kavanaugh reported this week by the New York Times. Pelosi worked with Max Stier, the attorney described by the Times as a witness to the assault that allegedly happened when he and Kavanaugh were at Yale.)
Pelosi: Max is not a partisan. He is a very straight up person. So, it surprised me that he contacted the FBI and they did not contact him back. I don’t know the substance of what he said. And I think that’s why you need an investigation. As a former prosecutor, I wouldn’t prejudge the evidence that he has to offer.
What I found so terrible about a lot of things that happened last summer, was that the entire dialogue could have been so different if only Brett Kavanaugh had said, ‘Listen I don’t remember. I drank in high school. I was a jerk. I have two daughters. I wouldn’t want them to hang out with guys who did some of the stupid things that I said when I was a teenager drinking beer. I’m sorry. I don’t remember this incident. But you know, I’m a different person now than I was then. I just simply don’t recollect it the way she does. But, if so, I apologize.’ (If he did that), he would have been fine.

Pelosi: We think of the Lincoln-Douglas debates as being very high-minded … similar to the Gettysburg Address. They were not. They were pretty tough on each other.
(Quoting her mom, Pelosi said that the concentration of media outlets and proliferation of social media means “it’s harder to put politics on the shelf.”)
(Social media) is designed to antagonize your supporters. It’s designed to make it so uncomfortable for people to defend you that they just don’t even want to bother. It’s that kind of agitation (by) people who only offer criticism or who are taking advantage of social media to really try to destroy online communities, rather than making them places where people can network and engage.
Particularly for young people — having a regular social life as opposed to measuring your popularity by how many people like your Tick Tock video — feeds right into being a young person on the campaign thinking, well, I want to get my message out. If I say something positive I may get a couple of hundred retweets. But, if I say something snarky and negative, I could get a couple thousand. So, I want to generate buzz and discussion and therefore I’m going to say something that I probably wouldn’t say in person if I was walking into a restaurant in Fresno.

On Her Fresno Talk

Pelosi: I’m going to be speaking on how women have made the difference in protecting our health care and protecting Patient Protection and Affordable Care Act. How women are galvanized for 2020 and the specific role that women in the Central Valley can play to make sure that California retains the House majority. And also make sure that we build out our platform for 2020 and are taking into account the full breadth of knowledge and experience of everybody throughout our state, including the vital Central Valley.