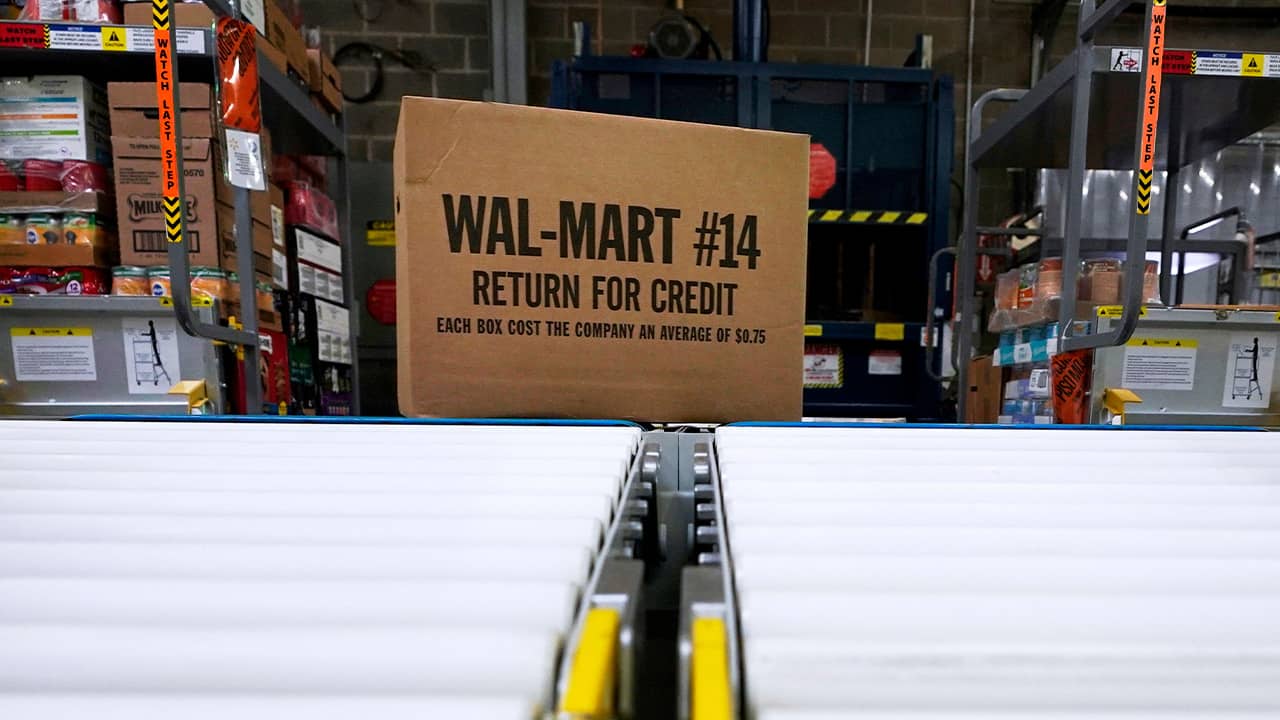 NEW YORK — Walmart is rolling out a grocery delivery subscription service this fall as it races to gain an advantage in the competitive fresh food business.

About 100,000 items, which include fresh food and pantry staples as well as select general merchandise like lightbulbs and basic toys, qualify for both grocery pickup and delivery. Walmart will also offer a monthly subscription option for $12.95; customers will still be able to pay a per-delivery fee of $7.95 or $9.95 for same-day delivery if they decide against the subscription service.
Walmart says it will rely on its more than 45,000 personal shoppers to pick products off store shelves to fulfill orders. It will also continue using the same patchwork of delivery services as before, including Postmates and DoorDash.
Walmart is facing increasing pressure to expand its fresh grocery delivery service amid fiercer competition in that space. About two years ago, its key rival Amazon purchased Whole Food Market Inc. and now is offering same-day grocery delivery in various cities. Meanwhile, AmazonFresh costs $14.99 a month and is available to Amazon Prime customers, who pay an annual membership fee of $119, in select cities.
Grocery delivery startup Shipt, whose store partners include Costco and Piggly Wiggly, currently charges $99 annually. Target, which bought Shipt in December 2017, announced in June a new option for Shipt shoppers to pay a per-order fee of $9.99 for the first time. It also integrated Shipt on Target.com. And last year, Instacart slashed its annual subscription fresh grocery service fee to $99 from $149.
Amazon changed consumer expectations when it launched two-day delivery for Prime members back in 2005 and forced other retailers to step up their game. But then the online behemoth needed to cut the delivery time in half to make its membership more attractive since others like Walmart offered free two-day deliveries without any membership.
This past spring, Amazon cut its two-day delivery to one day for Prime members. Soon after, Walmart began rolling out free next-day delivery for its most popular items with a minimum order requirement of $35 . It plans to roll out the service to 75% of the U.S. population by year-end.

7 Tips for Becoming an Ethical Shopper

Did Reagan Meet With Taliban?