It looks like Central Unified School District voters would be willing to hike their own property taxes if it means improving the quality of their Fresno-area schools, including replacing portable classrooms with permanent buildings and renovating school libraries.
A survey last month of 404 voters showed that 69% would be willing to pay an extra $60 per $100,000 of assessed valuation on their homes after hearing only potential ballot language for a bond measure. After hearing about the types of construction projects that a $120 million bond measure could pay for, the yes votes climbed to 73%.
In California, most school bond measures need 55% voter approval to pass.

Board Will Consider Survey Results Tuesday

The Central Unified board will consider at Tuesday’s meeting a report on the survey results, which was prepared by the consulting firm Dale Scott & Co. of San Francisco. 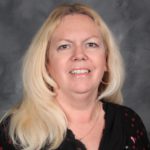 Board President Terry Cox told GV Wire she was encouraged, but not surprised, by the high levels of support expressed in the survey results. “I think as a board member, it gives you a level of confidence that you’re listening to the community and meeting their needs,” she said.
The survey, which has a margin of error of nearly plus-or-minus 5%, was conducted Aug. 17 to Aug. 21. More than half of the respondents rated Central’s quality of education and fiscal responsibility as good or excellent, and said education in their schools is heading in the right direction.

Among the projects that would make voters more likely to approve a bond measure:

A pool at the new high school now under construction at Ashlan and Grantland avenues was at the bottom, with slightly more than 55% of those surveyed saying they were more likely to vote for a bond measure that included that project.
Although the support isn’t as strong as for other projects on the list, the new pool will make a big difference, not only to the school district but also to the community, Alvarado said.
“Our current pool not only serves the district’s athletic program, but also the community,” he said. “Through our partnership with the City of Fresno P.A.R.C.s, low-cost swim lessons are offered to our community.”

Do Tax Rates Make a Difference?

According to the board’s tentative schedule, to get the measure on the March ballot — which is the presidential primary — the board would need to have all paperwork filed with the county Supervisor of Elections by Dec. 6. The board would need to finalize the projects list this month, and review and then vote on the bond resolution at the two meetings in October to stay on schedule.
Cox said she’s concerned about disenfranchising those people whose primary voting would be limited by party rules and who might skip that election. She said she thinks a bond measure would have no difficulty whatsoever passing in November because of the larger turnout then, but she could also support putting the matter to voters in March.
“It’s important to us who shows up (to vote),” Cox said. “But I don’t think in the overall analysis it would change my mind, if the demographers convince us that the community is ready to go.”

A Cry of the Heart From Local Human Trafficking Survivor