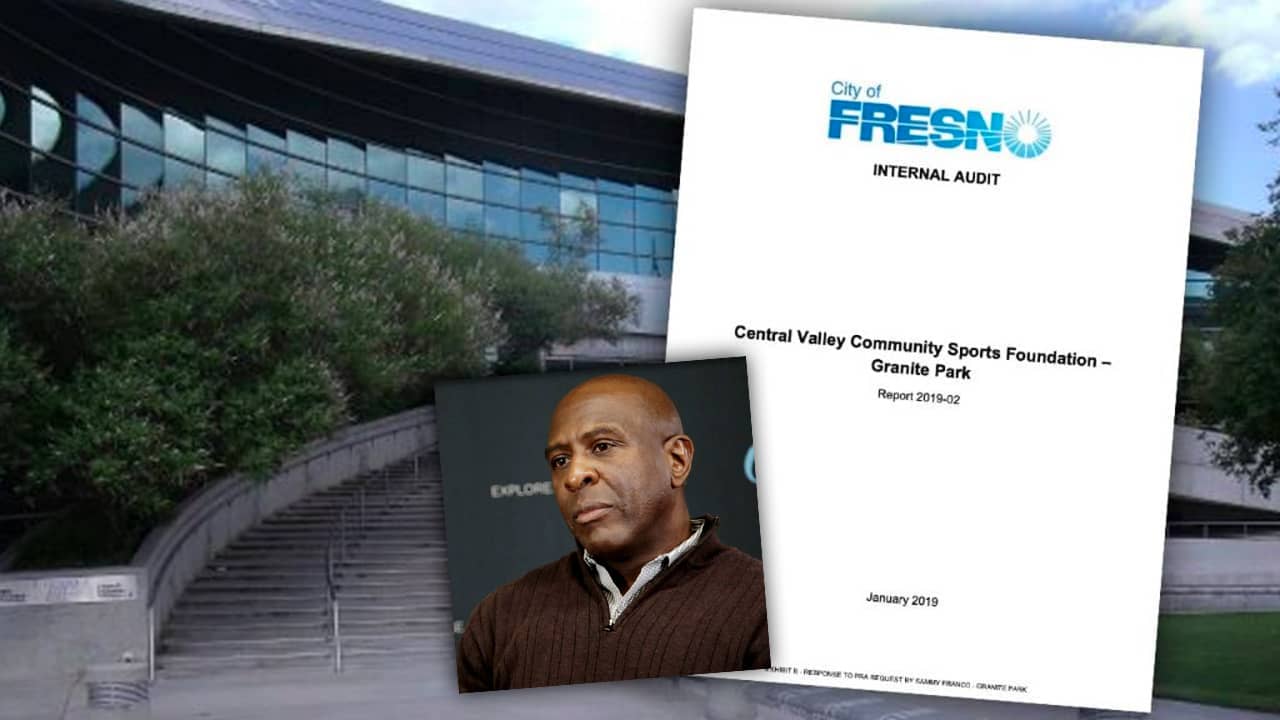 Saying a flawed city audit damaged his reputation and his business, businessman Terance Frazier has filed a claim for unspecified damages against the city of Fresno.
“The premature release of the inaccurate audit report directly caused me loss of reputation, portrayed me in a false light, caused me to lose investors, and caused me to suffered direct economic and consequential damages,” Frazier wrote July 17, when filing claims on behalf of himself and the nonprofit Central Valley Community Sports Foundation.
A claim against the city is the first step to recover alleged damages. If rejected, Frazier would have the option to file a lawsuit.
The city’s risk management department sent Frazier a letter dated Aug. 1, saying it hasn’t finished investigating the claim, but promise to do so in a prompt manner.
On Friday (Aug. 30), the city responded, denying Frazier’s allegations.
“We have not seen his claim and while our policy is to not comment on pending litigation or claims, this claim is so outrageous that we feel the need to make an exception — the allegations are 100% false and do not contain a single molecule of truth,” city spokesman Mark Standriff said.

CVCSF, City Contract, and the Audit

CVCSF struck a 25-year deal with the city in 2015 to run the nearly-abandoned and dilapidated Granite Park sports facility in central Fresno. The city would provide Frazier’s group a $150,000 a year subsidy for the first 10 years to help run softball, soccer, volleyball, and other youth and recreational sports programs.
In 2018, city manager Wilma Quan ordered the finance department to perform an audit after CVCSF asked for a doubling of its subsidy. The audit said it found many bookkeeping irregularities and questioned many of the group’s financial practices. It stopped short of accusing Frazier and CVCSF of committing any illegal acts.
CVCSF later withdrew its request for more money.
The report became public in January 2019, after one of Frazier’s former business partners — Sammy Franco — requested the audit and shared it with the media. Frazier and Franco have had a contentious relationship after a restaurant they invested in failed.


Related Story: Did City Hall Get Top Price for Spiral Garage? Some Say No.

The audit found 31 bookkeeping errors with the ledger. Some of those errors included transactions in the general ledger and bank statements not matching, or transactions accounted for multiple times in the ledger.
“The nonprofit has not established effective procedures for monitoring revenues earned and expenses incurred. CVCSF’s bookkeeper described the nonprofit’s policies and procedures to be informal and communicated verbally,” the audit summarized.
The report further stated that “a Corporate Officer loaned CVCSF funds on numerous occasions throughout the audit period. However, in reviewing the supporting documentation for the selected loan transactions, it was determined that the funds were not provided by the Corporate Officer, but were provided by Central Valley NMTC, LLC.”
The “Corporate Officer” is TJ Cox, now a congressman representing California’s 21st district. Cox (D-Fresno) was listed as CVCSF’s secretary-treasurer. At the time, he also was president and CEO of Central Valley New Market Tax Credit, LLC. Former Fresno City Councilman Oliver Baines is now president/CEO of the corporation.
The foundation’s financial documents show that $140,000 in payments were made to Cox directly.
In its explanation to the auditor, CVCSF said there was nothing inappropriate with those specific transactions. The audit’s response called that an “inadequate explanation.”
CVCSF also had problems filing paperwork in a timely manner with state regulators. It has since come into compliance, according to the state Attorney General’s Office.